It is almost time to turn the calendar to a new year and so typically we tend to reflect over the previous twelve months and assess what kind of year we had and perhaps set goals for the next twelve months.

I feel like I came out of 2017 fairly unscathed.  That's not to say it was a great year - there were some great moments and some really bad ones, but isn't that the same for us all?  It appears I'm going to make it to 2018 alive and that's what counts.

And 2018 looks to be pretty exciting for me.  I don't want to jinx anything or count chickens before they hatch, but there are some exciting things coming up.

But rather than post a dull retrospective of my year (because really, who cares?), I just want to leave a couple of things here:

If you need to make some end-of-the-year donations to non-profits there are at least two that are near and dear to me:

Nova's Heart is a local non-profit that helps the pets of the local homeless population.  I've written about the excellent work they do here:


It's a statistical fact that many people that are homeless refuse to give up their pets and will feed their pets before they feed themselves. Their pets don't judge them and offer unconditional love and support. Sometimes those pets also offer protection. Living on the streets disrupts whatever your normal life was and caring for a pet lets them retain some sense of control, routine, and normalcy. Nova's Heart recognized all of that and stepped 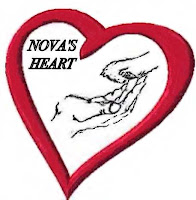 As more and more of the homeless pet owners heard about the help Nova's Heart offered, it soon became clear that this organization was growing faster than Loraine and her friends realized; they needed a bigger space and they needed some help. They applied for and received their 501c3 charter in February 2015, about a year and a half ago. Shortly after their application was approved, Nova's Heart was invited by HOPE Connections to partner with them as HOPE worked with the homeless population to provide a one-stop access point to a variety of services for them.

Nova's Heart has a Facebook page here, and an Amazon Wish List here.  If you would rather mail a check, send it to Nova's Heart, 2350 Levy St., Shreveport, LA  71103.  They need donations of dog food, ziploc bags, blankets, leashes, collars, harnesses, and cash is always good for the veterinary needs.

Another non-profit that is important to me right now is the Shreveport Chapter #237 of the United Daughters of the Confederacy for their non-profit and charitable work as well as their Legal Defense Fund established to fight to keep the Confederate monument in downtown Shreveport.  The monument is in danger of being moved (and irreparably damaged in the process) which would be a tragedy if for no other reason than for the artistic beauty of that statue.

The UDC also does a great deal of charitable work in our city by donations to the food pantry, projects that benefit our local veterans, and through donation of Christmas gifts to children in foster care.  They also make charitable donations to museums, which are poorly funded these days, and to scholarship funds.

The Shreveport UDC Facebook page is here; if you'd rather mail a check, the address is: Shreveport Chapter #273 UDC, P. O. Box 52083, Shreveport, LA, 71135-2083.  Their website is here.  If you want your donation to go specifically to the legal defense fund, please note that on your check.  You will receive a receipt or letter in return that you may use for your tax purposes.

As the new year approaches, I'm less inclined to look back but instead choose to look forward.  If I have any goals for 2018 it is to be a nicer and more charitable person doing good wherever I can.  None of us are perfect, but sometimes we are all a little too judgmental, opinionated, materialistic, and self-absorbed.  I am as guilty as anyone.

Have a safe and happy New Year celebration from SIGIS!  I will be wrapped up in blankets with a good book, a nice beer, and staying off the streets.
Posted by Pat Austin Becker at 9:52 AM