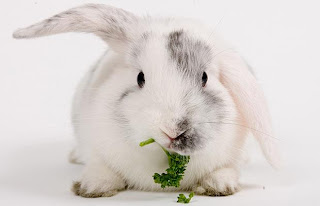 It's been a quiet weekend around SIGIS after our trip to Minden yesterday.  I spent the morning catching up on paperwork, doing the yard and grocery shopping for my mother.  Steve and I are taking advantage of this lovely weather and are planning to grill burgers this evening before heading on into the work week tomorrow.  I've got about five more weeks of school left and am looking forward to long summer days when I can write and blog at will and get my poor blog off life support.

It's been a busy news week so lets see what the friends of SIGIS have been up to:

Ann Althouse offers a photo essay on Madison's protest fashion.  She contends that the anti-Tea Party protesters were not, in fact, booing the National Anthem, despite rumors to the contrary.

Doug Ross has a scathing timeline of John Boehner's ineptitude.

The Other McCain links to and applauds this brilliant post from No Sheeples Here.  Priceless graphic.

William Teach at Pirate's Cove has a report on the NC tornadoes and today offers his massive roundup.

Via Ed Driscoll, the shocking news that Obama might not be as nice as he looks.  Really?!

Sister Toldjah weighs in on the new civility in political discourse, as does Legal Insurrection.

Adrienne's Corner offers a reminder that today is Palm Sunday as does Bread Upon the Waters with a Johnny Cash video.

The conservative blogosphere was electrified by Palin's speech at the Madison Tea Party, including PoliticalJunkieMom.

Saberpoint had a post on the Burka Ban in France.

Pundette's Saturday various and sundry post is pretty much all you need to know.

Bride of Rove offers an explanation as to why Obama doesn't have a "cool phone" in the Oval office.

I don't think Fuzzy Logic will be voting for Trump.  Bob Belvedere is supporting Andrew McCarthy in 2012!

Wyblog notes that not only will we be buying oil from Brazil, we're sending them other jobs as well.  Blood boil.

Pecan Corner has one more request of veterans.

Critical Narrative was not impressed with Obama's speech this week.

And that'll do it for me this week.  We're fixing to open a beer and fire up the grill so I can contribute to the destruction of the planet by releasing more carbon dioxide with my burning charcoal.

Thanks for the linkage! :)

Belated thanks for the linky love, Pat.

I updated my post with a thank you but forgot to tell you until now. I appreciate the link (and I finally found out what the deal is with the "Full Metal Jacket Reach Around"!) :-)