Take a Trip on Route 66 From Oklahoma City to Miami, OK 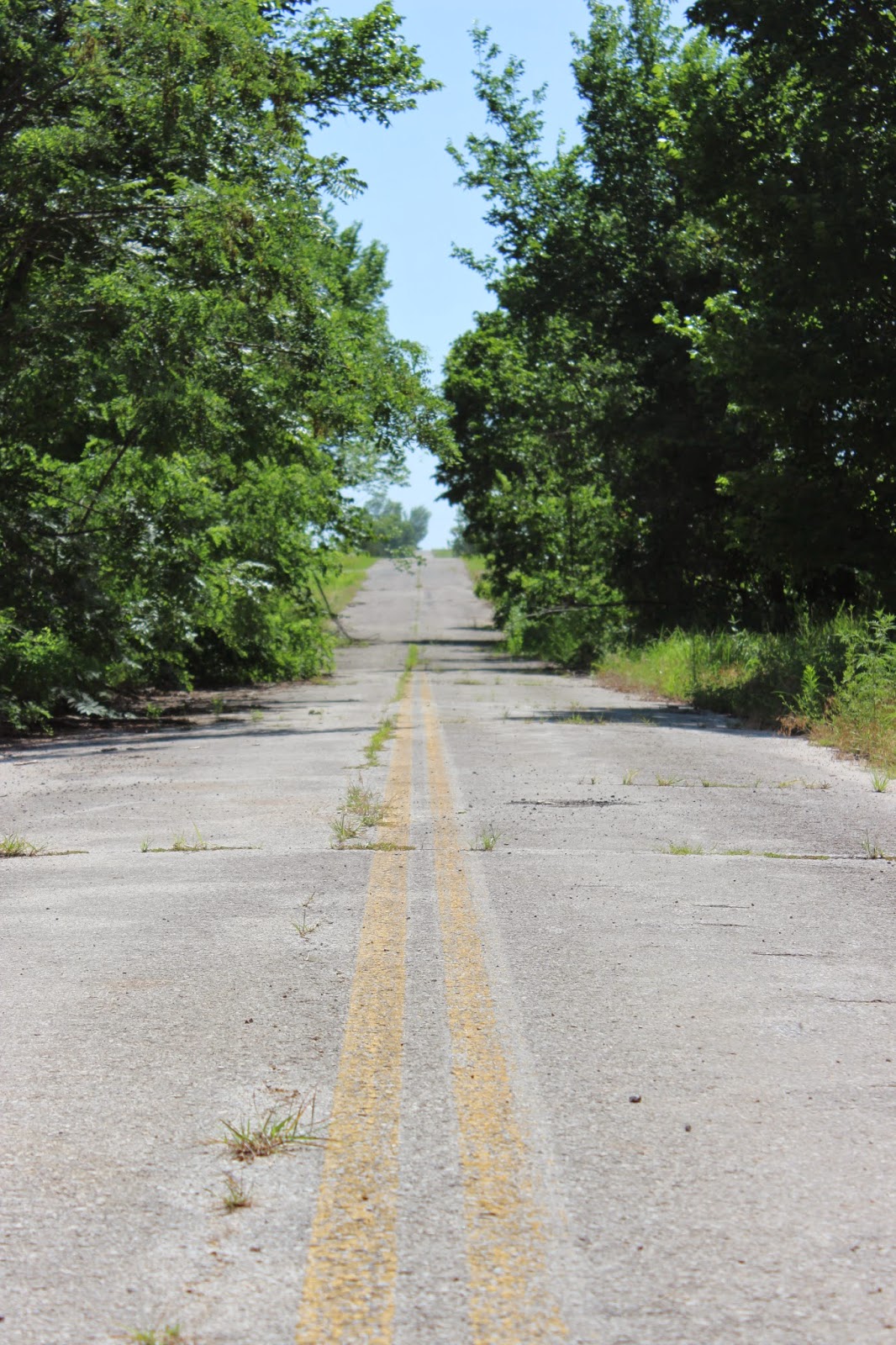 We are stopped for the night at the eastern edge of Route 66 in Oklahoma; we got as far as Miami, OK ("spelled like Miami but pronounced my-am-uh" as Steve has been telling me all day) before stopping for the night.

We started out the day in Frisco, TX, drove up I35 to Moore, and then Oklahoma City, and then picked up Highway 66 at Edmond.

We drove through Moore, briefly; we passed through last year about a month after that devastating tornado, and we wanted to see how they are doing.  We were glad to see that they are rebuilding and while you can certainly still tell that a huge tornado came through, there are new houses, fences, and buildings going up all along the path of the tornado.  Moore is alive and well.

Once we got on Route 66 we tried to drive as much of the original route as we could.  There are various alignments of it and some isn't feasible to drive on.  Some is unpassable.    But really, who would ever take that awful turnpike when you could see real America like we did today?

We've seen lots of cool things like a round barn: 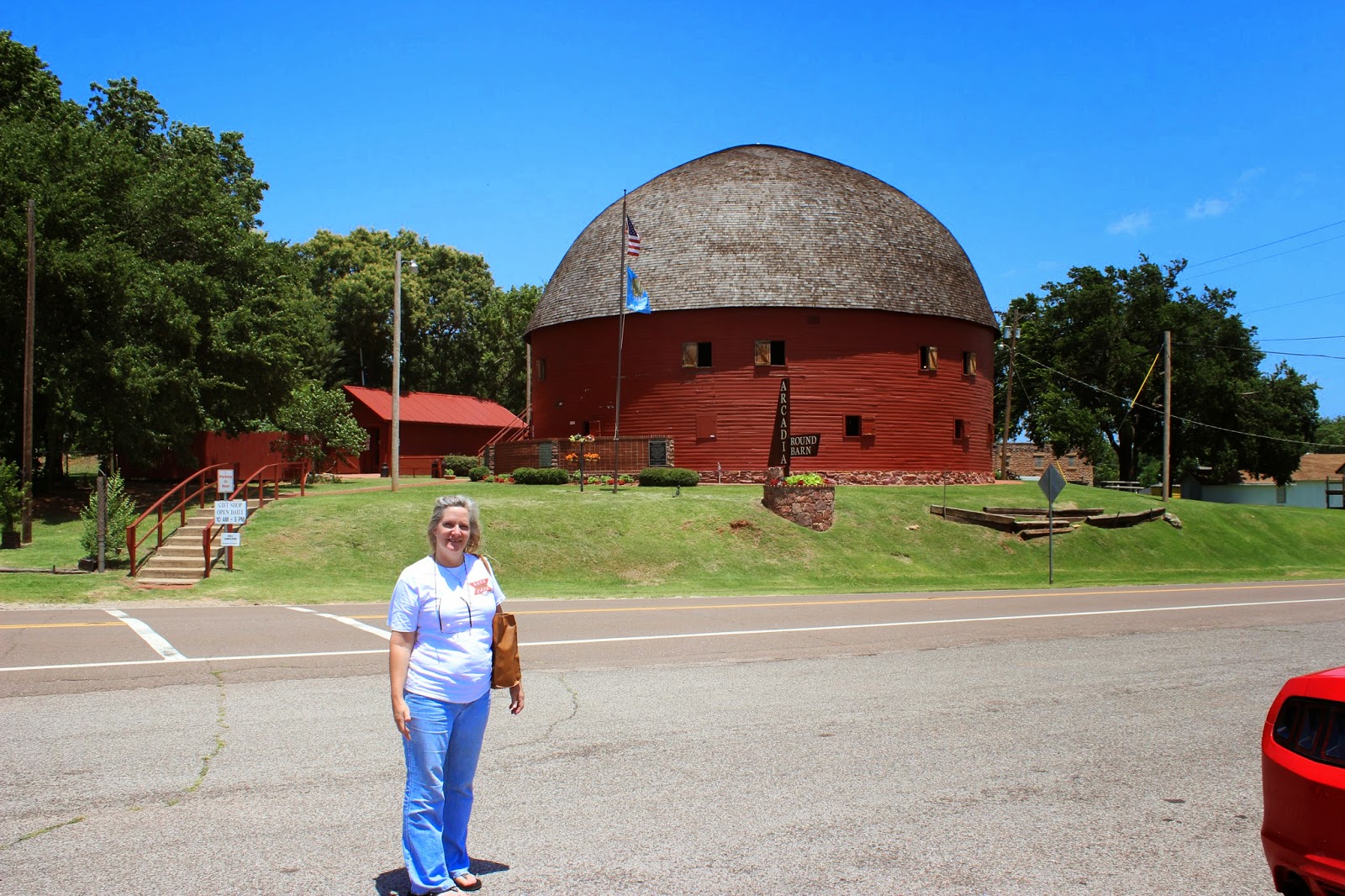 and a giant neon soda bottle (which would be very cool at night), 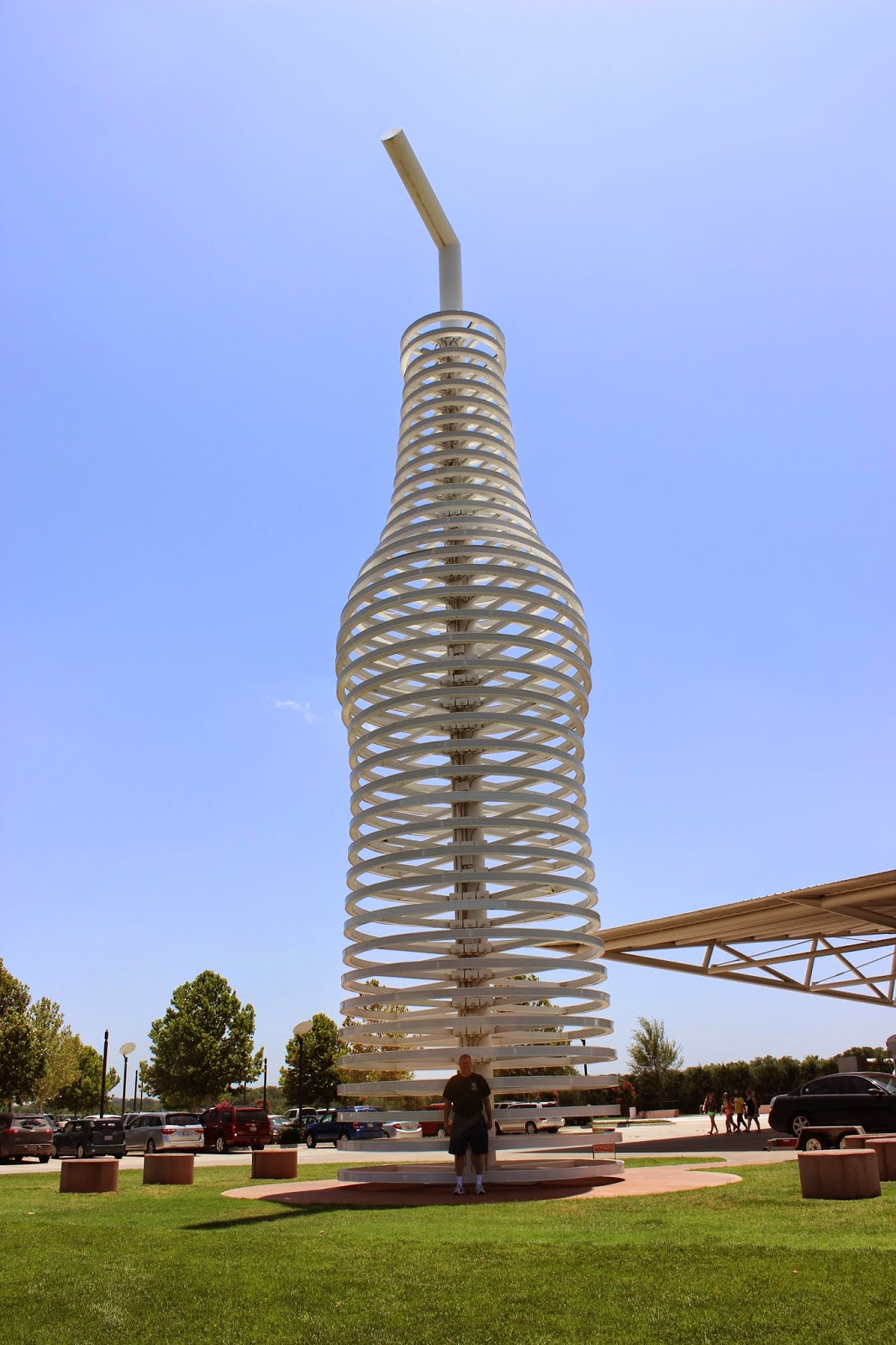 but the highlight of the day was the Catoosa Blue Whale. 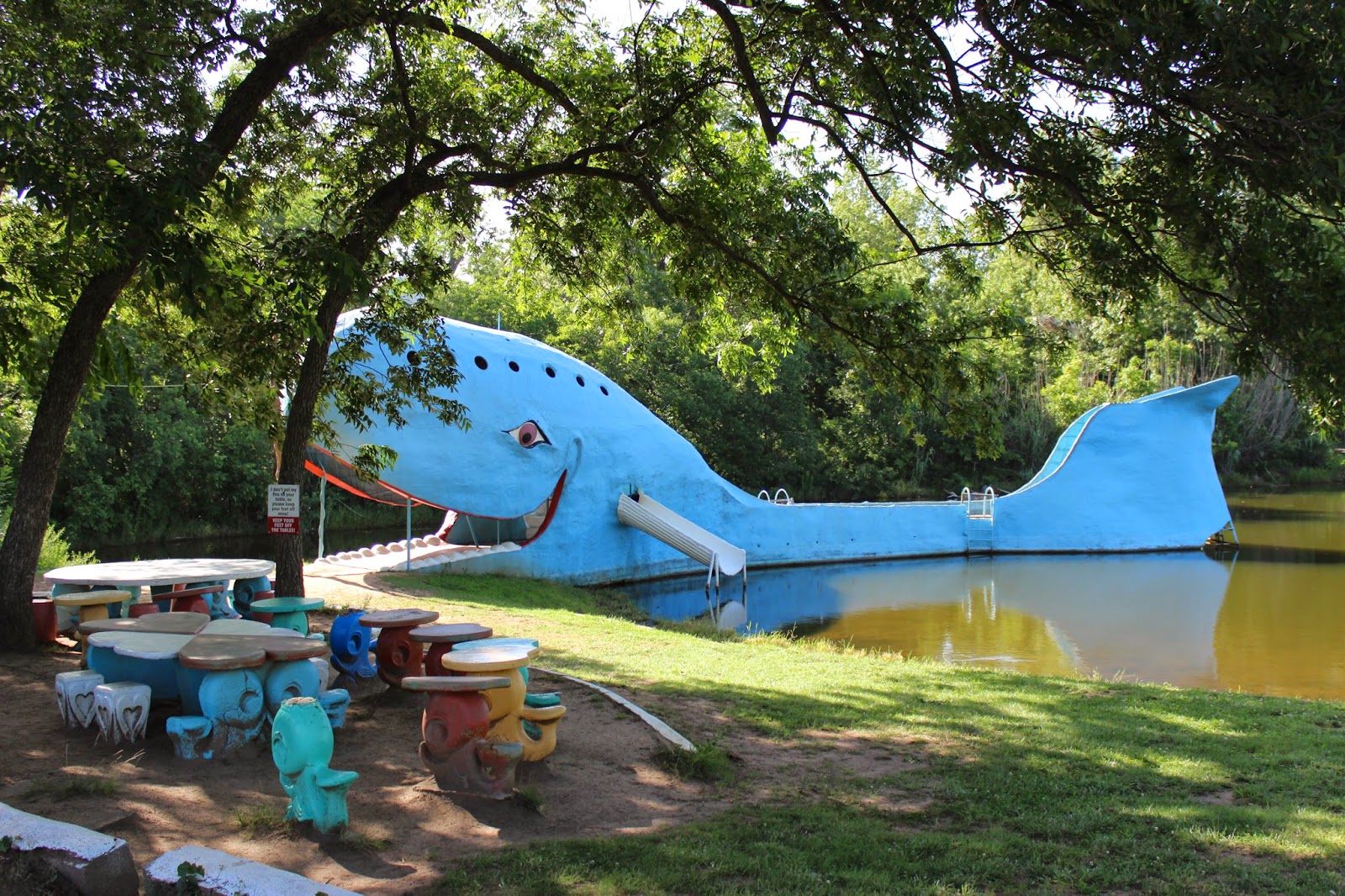 It was built in the 1970s as a 34th anniversary present for Mrs. Zelta Davis by her husband Hugh S. Davis, closed down in 1988, deteriorated, and then was restored in 2002. 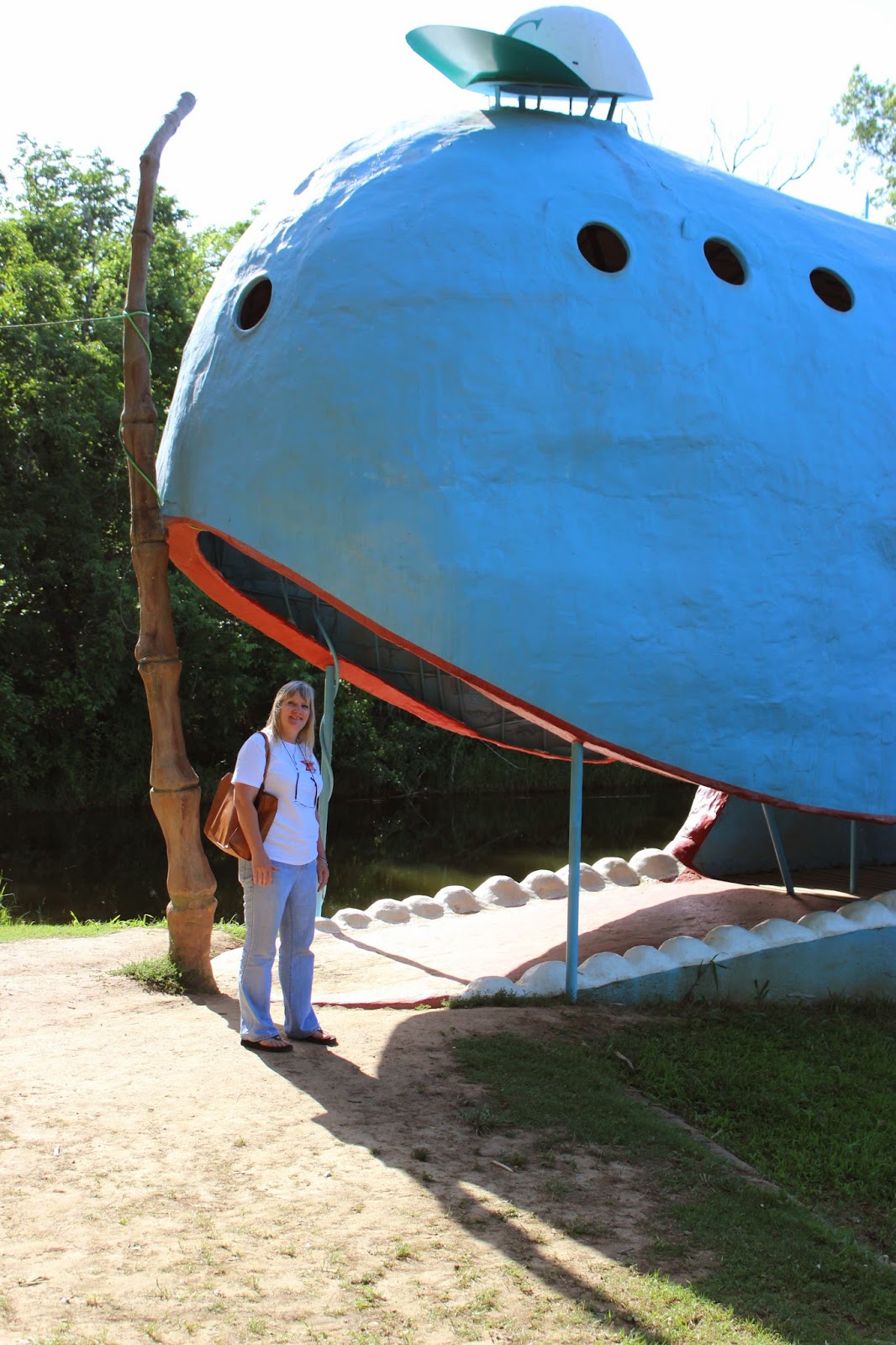 Back in the day you could picnic there, swim, slide down the slides into the water, and sunbathe on top of the whale.  It was lovely just sitting there in the late afternoon, listening to the wind whisper through the trees and watching turtles and fish in the pond.

We soldiered on to Miami, had a mediocre cheeseburger for dinner, picked up some beer, and now we rest.  Tomorrow, we continue our trek to Iowa.
Posted by Pat Austin Becker at 9:45 PM

You two do the most fun things! I'm so jealous!