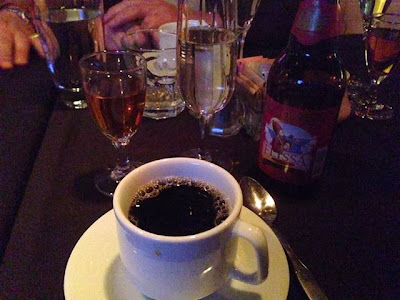 Happy New Year to you!

Steve and I had a grand time last night:  we met some good friends for dinner at The Anvil Bar and Grill, had a lovely meal, listened to the soulful tunes of Lennice Bolton, then visited and laughed over glasses of wine, champagne, a tasty amaretto freeze, and finally coffee.  We were safely home by 11:30 and off the streets before the drunks turned out of the bars.

This morning we are settling in for the 2014 Winter Classic - an annual tradition for us.  I know I should be watching LSU vs. Iowa (especially since Steve is from Iowa and I'm an LSU fan), but the allure of an outdoor hockey game with snow in the forecast is too much for me.  I must watch.
The first Winter Classic was just magical.  Sidney Crosby's ear to ear smile of pure joy as he skated across that outdoor rink, snow falling and blurring the lines on the ice, well, it was awesome. While it is actually a regulation game, the players just seem to be having so much fun!

So, the corned beef is in the oven, the black eyed peas are simmering, and the cabbage is waiting to be addressed.

Since it's been ages since I did a linkfest, and this isn't likely to be a busy news day, let's peruse the blogs and see who is talking about what on this first day of the New Year.


Think about that for a second. So in order to show you need to carry a weapon for self-defense, which is a basic human right, guaranteed by the constitution, you have to first suffer an attack. So in the case of the recent Short Hills Mall Shooting, now that the victim is dead at the hands of violent criminals, he might meet the ‘justifiable need’ which doesn’t do him or his grieving family any good now.

It is tantamount to the government claiming you have no justifiable need to carry an umbrella because it isn’t currently raining. Ask yourself why do we as law abiding citizens have to wait until we are raped, beaten and killed before the State can see fit to grant us a right to self-defense which is a basic human right dating back to caveman times?

It is indeed scary.  Is it constitutional?

Wyblog adds his two cents on the same topic.

Legal Insurrection hopefully ends the Melissa Harris-Perry mess.  Except that as long as she's still on the air her nonsense will continue.

The Foundry posts on the anticipated new hot leftist issue for 2014:


Do a Google News search for “income inequality” and it will remove any doubt that this is already the political issue of 2014.

The left has been gearing up for months. The liberal Center for American Progress launched a new center devoted to the subject, and President Obama has been making it a centerpiece of his speeches.

Get ready to hear about “fairness”—because some people make more money than others, and this isn’t fair. How can you sit by and watch this happen? What is the government going to do about it?


Read the whole thing for what you need to know about this issue.

William Teach at Pirate's Cove is having a little fun with the ice-bound ship story.  He also weighs in on the contraception mandate ruling.


Whatever Obama says is a lie. The opposite is the truth. That includes the entire incompetent administration because he owns everything they do and has fired exactly no one for anything.

Read the whole thing because there's some good stuff there that a lot of us have been thinking but not many have had the balls to say.

Dan from Squirrel Hill (H/T: Flopping Aces) has a list of fifty (only fifty?) of Obama's lies and corrupt practices.

Da Tech Guy posts on his blogging success and how to actually make a living as a full time blogger.

Donald Douglas is advocating unplugging a bit more often in the new year, something I've already done (as evidenced by my blog stats this past year).  I've spent a lot of time in 2013 reading and concentrating on implementing the mandatory Common Core standards in my classroom which has left little time for blogging and the research it entails.  While I hope to resurrect this blog in 2014, I will also continue to read voraciously.  It's what I do.

Althouse (and Meade) discuss the idea of a marijuana economy.

Smitty at The Other McCain discusses the central problem with Obamacare:

Progressivism is an old man, stricken with Alzheimer’s, on the cusp of dementia, that cannot grasp the reality of his time having passed. ObamaCare’s swath of economic destruction is going to continue to claim victims. As the year drags on, the employer mandate is going to loom, the Democrats are going to lie, and the codpiece media is going to protect them. Wash, rinse, repeat. That old man isn’t going to the retirement home easily.

Fishersville Mike has perspective on the end of the light bulb as we know it.

Michelle Malkin has a beautiful article on the tragic story of Jahi McMath:


I want to thank Naila Winkfield and the McMath family for not “letting go” so easily. Their plight is every parent’s worst nightmare. Their fight reaches beyond ideology, race, and class. The united front of the family and the public testaments of their faith in God are gifts. The Instagram image of Naila clasping her daughter’s hand at her hospital bedside — the hope, the desperation, the abiding love — is universal.

It's just a tragic story - no doubt.

Lonely Conservative posts on whether or not Apple is working with the NSA.

Paco has a letter to Obama.

The always eloquent Ed Driscoll laments on the politicization of well, almost everything, by the left:

Goodnight America; it was fun while it lasted.

Sister Toldjah updates on the new Obamacare taxes set to hit in 2014.

Pat Dollard posts on inconsistencies in the NYTimes piece on Benghazi.

And now, I must sign off; it's time for the Winter Classic and the joy of the outdoor rink! 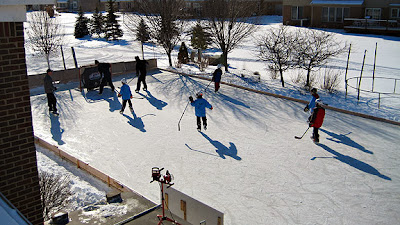 Thanks for the link, Pat! And have a great New Year.

Thanks for the linkage Pat. Happy New Year to you and Steve!