The Debate Begins On the DREAM Act: LIVE BLOGGING 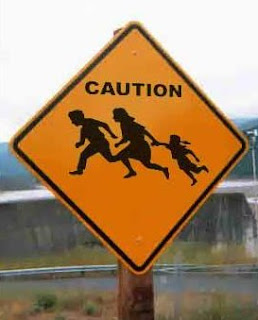 The debate in the House has begun on the DREAM Act; John Conyers just finished speaking and simultaneously fumbling through notes.  He says that the majority of Americans support the DREAM Act.  Stay tuned.

Update #1:  Lamar Smith (R- TX):  makes points about American unemployment rates and how the DREAM Act will exacerbate that.  He points out that no hearings have been held and that the bill considered in the vote was only introduced last night.  No Amendments will be allowed.  "What happened to the Democrats promise to allow Americans 24 hours to read the bill?"

Smith says "the DREAM Act will mean amnesty for over 2 million illegal immigrants."  He fears massive fraud in the application process which requires no proof, but simply claims by those who apply.

Once they file an application, the federal government can no longer deport them.

Smith says this bill will push illegal crossings even higher as illegals attempt to get inside the border.  These immigrants will also swell the welfare rolls.  Illegals can use fraudulent documents because there is no check and verification process.

There have been no hearings and no amendments allowed.  "This is a desecration of the democratic process," Smith says.  "It puts the interests of illegal immigrants" ahead of American citizens.

Update #2:  Rep. Zoe Lofgren (D-CA) in speaking in support of the DREAM Act.  Because California isn't in enough trouble already.

Update #3:  Rep. Steve King (R-IA) says the cost is quite high; much higher than proponents admit.  It triples the number of DREAM cards.  King says it's an "affirmative action amnesty act."

Update #4:  Sheila Jackson Lee.  "We are ALL created equal!"   Now Rep. Bob Goodlatte (R-VA) laments that there has been no markup, no committee, no amendments, as if this was "perfectly drawn and perfectly brought here" as is.  We're going to "pass it without the minority to offer changes to the bill."  He says the DREAM Act offers amnesty to those who entered the country before they were 16 years old.  The bill does not define "hardship" - a huge loophole.

Goodlatte, no matter how spurious, files an application, the federal government is prohibited from deporting him.

Maxine Waters (D-CA) says the DREAM Act is good for the economy and well thought through.  Because California isn't broke enough.

Update #5:  It seems the supporters biggest selling point is that these illegals didn't ask to be here.  They're here through no fault of their own.

Rep. Tom Graves (R-GA)  "This bill is the amnesty dream... Adults up to 30 years old will now be eligble for amnesty under this....illegal immigrants who have been convicted of less than three misdemeanors will be eligible for this...this is a nightmare for America."

Rep. Chet Edwards (D-TX) making a case for the DREAM Act in this season of "hope and love and joy."  It's Christmas so let's push an amnesty bill.

Update #6:  Rep. Dana Rohrabacher (R-CA) says the DREAM Act allows for preferential treatment for illegals at the expense of our citizens and legal immigrants in education.  It places a burden on our "hard pressed" government programs.  He says the bill will encourage millions to cross the border and "bring their kids...ALL of them."

Conyers says there is no preferential treatment:  "They are treated equally," he says.

Rep. Jack Kingston (R-GA) point out that this bill is "not compassion" but "politics."  "This is a Harry Reid deal; he promised he was going to do it, so he's doing it."  Kingston says "How do you prove who was here when they were 16 up to 30?"  "You only have to prove it to the satisfaction of the Secretary of Homeland Security", he says.  No worries!  "Who keeps up with the records of illegal aliens?"  he asks.

Two million people will probably become citizens under this, Kingston says.  "This is politics in the eleventh hour in a lame duck Congress and should be rejected under that alone."

Update #7:   Rep Sam Farr (D-CA) equates illegals to the founders and says we should give those illegal kids a dream.  Because California isn't already screwed.

Rep. Cathy Castor (D-FL)  is all about breathing "hope and life" into these illegals who just want an education and to serve in the armed forces.

Rep. Jose Serrano (D-NY) says this is the only country these kids know.  It's the American dream.

Rep. Joe Baca (D-CA)  "It is wrong to unfairly punish young people who come to America through no fault of their own."  This bill will strengthen America, he says.

Rep. Charlie Rangel (D-NY)  "Thank God the Native Americans didn't have these immigration laws when they were 'discovered' by other people!"

Update #8: Rep. John Lewis (D-GA) "...these people were uprooted from their homes when they were young children...have sacrificed blood and tears for this country."

Rep. Steny Hoyer (D-MD)  Says he's speaking for those children who "didn't break the law".  Their parents broke the law.  These kids grew up in this country and are "proud to be an American" and Steny Hoyer is pretty sure they sing Lee Greenwood's "God Bless the USA."

Update #10:   Hoyer is still waxing rhapsodic about the young chillens who came here as youngsters  and have been in school and know only America as their home; he doesn't address at all those criminals who apply for amnesty that can't be deported....it's all about the little ones.  Up to age 30.  Yeah.

Update #11:  Apparently, according to Hoyer, these kids are going to be trillion dollar earners.  We need 'em.   Hoyer cites Michael Gerson's support of the DREAM Act and repeats over and over "George Bush's speech writer" as if that's a good thing all of a sudden.

Update #12:   Rep., Dan Lungren (D-CA) disagrees with bringing this bill without the opportunity for members to have their ideas heard through amendments.  "Everyone should have an equal opportunity to come to the United States," but when you come illegally you are discriminating against those who play by the rules.  He says we should allow an amendment that says those who benefit from this should not have the option to have those who DID break the law benefit from this bill.

Update #13:   Rep. Gregory Meeks says those who would benefit from this bill don't even know they aren't American citizens.  Whaaaa......t????  He says they are every bit as American as all of us.  Except for that citizenship thing....

Update #14:   Rep. Steve King (R-IA) points out that when his ancestors arrived at Ellis Island, 2% were sent back.

Update #15:  Nancy is harking back to the founders.  The Founders settled on equality for the people, she says.   Pelosi cites "The American Dream" which she defines as making America better for the next generation.  Apparently the DREAM Act will do that.  It'll make America "more American."  Hunh?

Many of these illegals have no idea of their immigration status until ICE shows up at their door.  "Some of them don't even speak the language of the country of origin of their parents."  These illegals serve in the armed services and "strengthen our national security," she says.  "They have an array of skills and talent."  (I'll leave that one alone.)

Nancy Pelosi says "we have the opportunity tonight to solve a problem for our military" and that this bill doesn't cost money.  These young people will pay hundreds of millions of dollars in taxes "when they reach their working potential."

Apparently we owe it to our founders to pass this bill which makes America "more American."

Update #16:  And now we're wrapping up.  Rep Lamar Smith (R-TX) reminds that there has been no discussion on this bill and that this particular bill has only just been made available. " Illegals get amnesty if they use fraudulent documents,  even if they have committed crimes like DUI and document fraud...it encourages fraud and even more illegal immigration."  Unemployment is over 9% , he says, but the DREAM Act means more competition for American workers who are in need of those jobs.  It puts the interest of illegal aliens over the interest of American citizens.

Berman cites the "affirmative action" argument by saying these illegals can't apply for Pell Grants, food stamps, etc.  He says the country will benefit from the talents of these illegals.

Appalling. The House “debated” the DREAM Act that few actually have read — but there was no real debate because the Dem leadership prevented any amendments from coming to the floor. It was an abuse of the lame-duck session and a legislative farce. Most ethical and open my you know what.

Cao, Djou and Castle don't have to worry about re-election, since they represent pretty dark blue districts anyway (Honolulu, New Orleans and the state of Delaware).