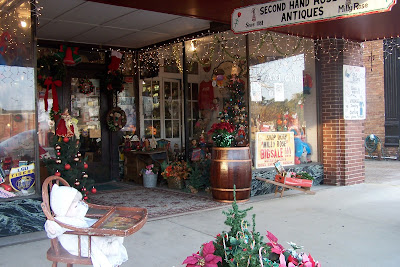 I hate being such an idiot when it comes to technology and all things computer.  I've spent the last thirty minutes trying to rotate a video I took of Milly Rose today.  I can't do it.  I shot it in the normal way, but when I uploaded it to YouTube or into my library, it has rotated itself sideways.  I can't figure out how to rotate it where it plays in the right direction.  I do have one that plays normally, but the thing is, Milly just bursts into song spontaneously and with no warning whatsoever, so my video is cut off at the beginning.  I'll post it at the end of this.

We had a lovely afternoon, despite my video foibles.  I gave Milly her Christmas gift:  a Diana Thorne print of a little Boston Terrier with some toys.  I had it framed and Milly loved it: 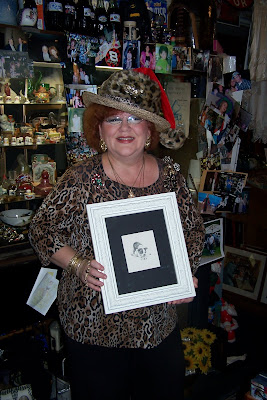 Milly has spent the past couple of weeks unpacking boxes and boxes (and boxes) of glassware which is now spread all throughout the third floor: 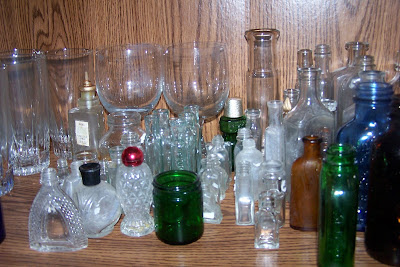 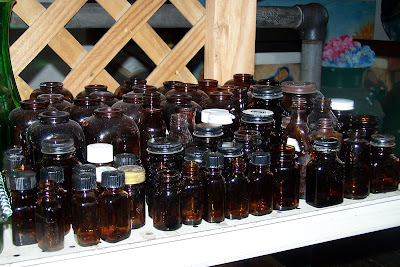 I loved this little nativity scene: 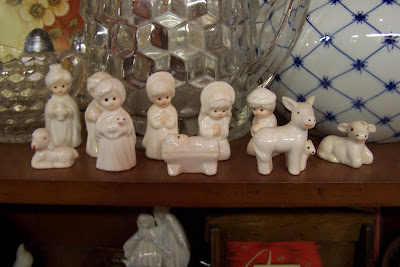 I'd never heard of "Vaseline Glass" as Milly called it before, but she was excited about these candlesticks.  Apparently they glow in the dark under a black light.  She had several pieces of this, also known as "Uranium glass": 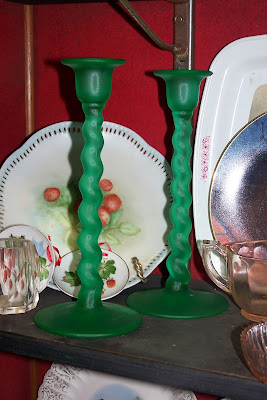 Need some artwork for your walls? 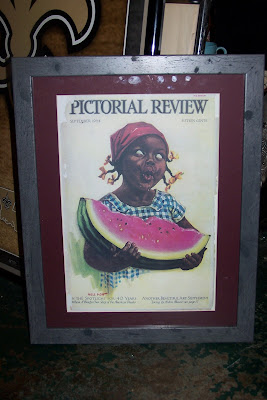 That one is entitled "Heaven."  Or this one, entitled "The Watch on the Rine": 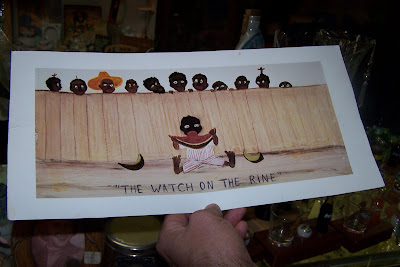 I fell in love with this little curio cabinet so Steve bought it for me for Christmas: 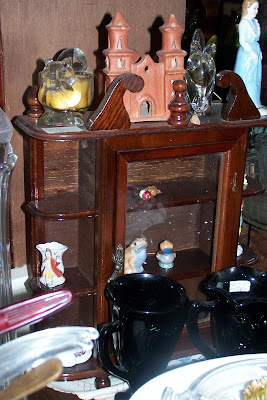 Milly had a stack of these cute landscapes; they're about 10 x 12, I guess: 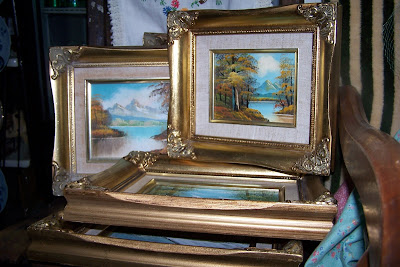 How about a fur coat? 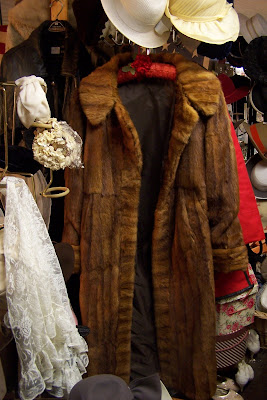 This was a neat little Christmas tree - it's about eight or ten inches high: 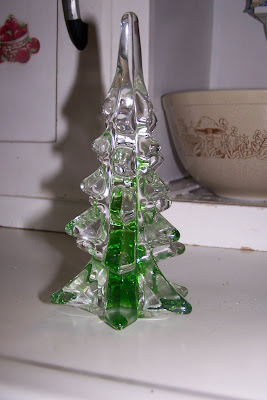 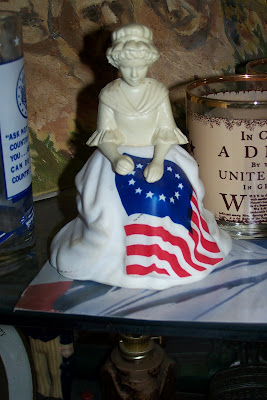 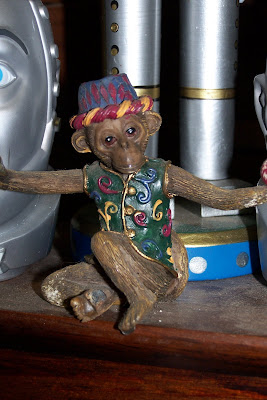 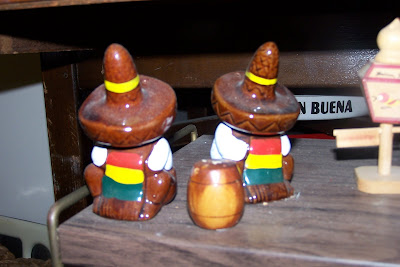 We were all about Christmas today; Milly and I have been scheming for a couple of months now over this Urania German typewriter that Steve fell in love with on a previous visit.  I'd paid for it but had her hold it for me.  On our last visit, she had a "Sold" sign on the typewriter and table and she told Steve that "some lady" had put it on lay-a-way and hadn't come to get it yet.  He accepted that answer and we went on with our visit.  Today, I'd called ahead and had Milly put a red bow on the typewriter so I could go ahead and give it to Steve and we'd take it with us.

So we lead him to be back of the store on the pretense of looking at "some old tools," and we come upon the typewriter.  Milly explains again that "this lady bought it for her husband...." and Steve says incredulously, "And she NEVER came to get it?!"  We died laughing and he finally caught on.   He was surprised! 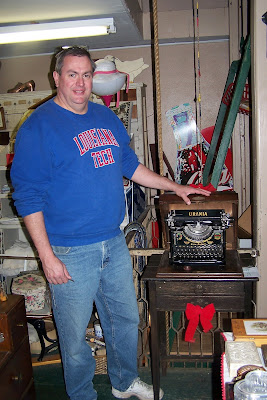 These fishing gators are cute: 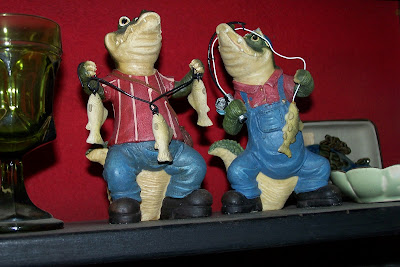 The dogs, Heidi and Rosalea, were glad to see us: 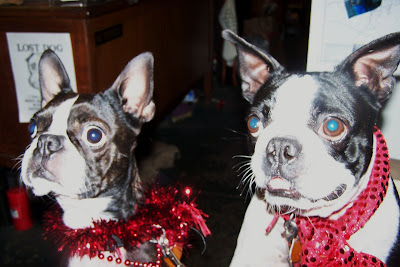 That one's a little overexposed, but I like it anyway.

So, in the end, we walked out of there with Steve's typewriter and table, my flamingo pin, the curio cabinet, a neat stained glass magnolia night light, an unidentified (for now) Christmas gift for a family member, and a couple of other little things.  Milly gave me an iron cross with brass bells (a wind chime, but too pretty to hang outside).

If you see anything you can't live without here or in the previous posts, give Milly at call at 318.371.9830 and she'll ship it right out to you.

And here is Milly singing White Christmas (the part that didn't get cut off, anyway...)


(Here is the sideways video if you really want to see it.)
Posted by Pat Austin Becker at 8:37 PM

Milly Rose is quite a card. I think I love her.

The typewriter you gave your husband is the bomb.

She IS! She's adorable!