Take a Trip to the Keachie Confederate Cemetery Memorial Service 2016 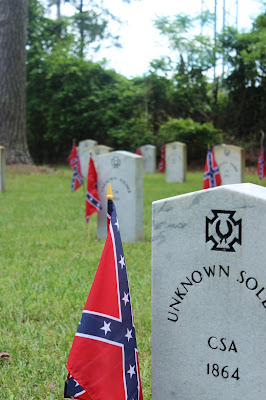 Located on LA172 just west of the main drag in Keachie is a quiet little spot where Confederate dead rest under the pines. Many of the dead are unknown.

Keachie is a tiny town in DeSoto parish and is filled with beautiful old houses crumbling from neglect and decay. Towering, wood frame Victorian homes with wide galleries, tall windows, and exquisite architectural embellishments are slowly giving way to time. The cost to restore them must be staggering.

Of seemingly more historic importance is the Keachie Women’s College on LA172 located across the road from the Confederate cemetery. Opened in 1856, the college was apparently quite an impressive structure:


A visitor to the College in 1890 would have been considerable impressed by the appearance of the physical plant which dominated the village of Keatchie. The main building was a large frame two-story structure with cupola over the principal entrance. This housed an assembly hall, or chapel, study hall, recitation rooms, music rooms and dining hall. A large galleried wing which extended to the eastward, provided "30 dormitories each 16 feet square." Across the street was another sizeable tow [sic]-story building, providing living quarters for men and boys. But then the country went to war and in April 1864 was the Battle of Mansfield and nearby Pleasant Hill.

The Keachie Women’s College was pressed into service as a hospital and morgue; patients who did not survive were buried across the road in what is now the Confederate Cemetery.

Here is come very cool drone footage of the building shot in February 2016:

This past weekend, the SCV and UDC groups met at the cemetery to remember the dead, to honor their sacrifice, and to place wreaths. 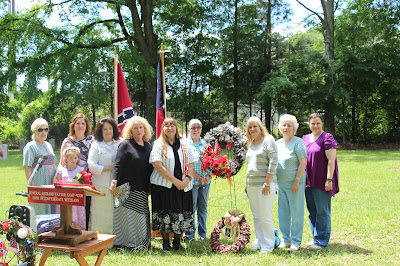 The UDC bestowed two military medals on Confederate descendants who have served their country in military service. The cemetery is located right next to another cemetery, and buried there are families of some of those Confederate soldiers.

The Sons of Confederate Veterans brought their cannon and put on a very moving reenactment for the guests. 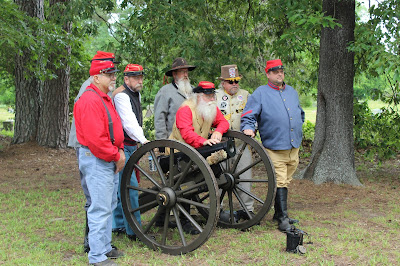 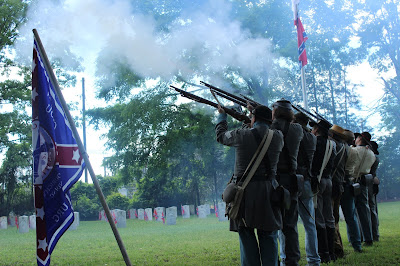 After it was all over, there was cake, cookies, and lemonade to be enjoyed, much visiting, catching up with old friends, and making new ones. 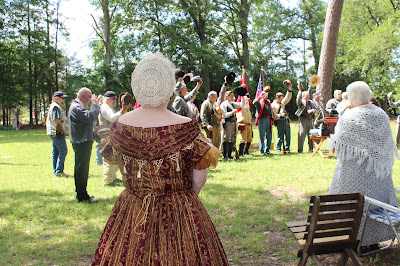 Our country is torn apart right now as groups argue about symbolism and monuments. Those men resting in graves under the hardwoods and pines in Keachie don’t much care about that. In truth, both black and white veterans are buried there and certainly they deserve to rest in peace and have their sacrifice to their cause remembered. I’m glad to have been there and to have learned a little more about the fascinating history in Kisachie, Louisiana. 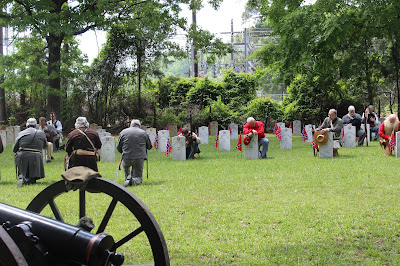 There is a move to rename Robert E. Lee school in San Diego, a movement with which I could not possibly disagree more. Robert Lee was a man of exquisite honor, was a military genius, was devoted to the men he led in battle and was loved by them in return. He loved his country and did his duty as he percieved it to be.

Such a great post! Thank you so much for sharing.

I actually really appreciate these post link lists, because it's fun to go back over the trips around north and central La. So, thanks for those.