A Sad Loss to Front Street: The Book Merchant Has Closed Its Doors 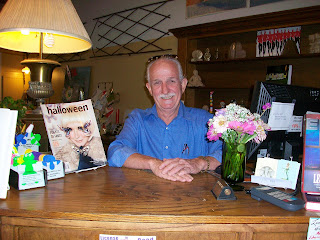 It's the end of an era on Front Street in Natchitoches.  At least, it seems like that to me.

The Book Merchant has closed its doors.

When we tried to visit the shop this week all we found was a locked door, an empty shop, and a card taped on the door by J. Michael Kinny, "If you need me..." and his phone number.  No more shop cats sleeping in the clever window displays.  No more Princess slipping through traffic on Front Street to do whatever it is cats do on the outside.  No more smiling J. Michael with a bright greeting and soft jazz playing in the background.

Louisiana freelance writer Angie Dilmore did a nice write up last year on The Book Merchant and J. Michael here in which he chronicles his struggle to stay competitive.   The photo credit of J. Michael (above left) belongs to her.

Independent booksellers are having a rough time hanging on and keeping the doors open in this age of internet sellers and e-books.  It hasn't been the evil "big box stores" after all that have challenged the indy; it has been the e-book.  The closing of Borders books was seen by some as an opportunity for the independents to have a renaissance. 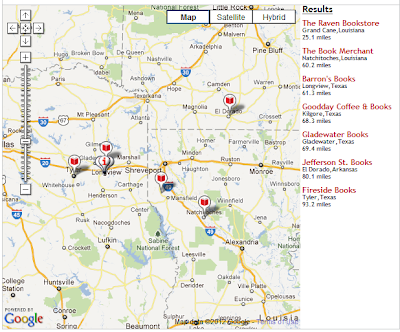 That would be Vanessa Efferson's The Raven bookstore.  Vanessa stays competitive by offering books of local  interest, having book signings, and by having an area with tables where you can sit and sip Starbucks coffee while you browse or read.  There are also book clubs open for your participation.  Vanessa stocks various gift items, first editions, and other oddities to catch your eye.  Like J. Michael Kinny, Vanessa is friendly, personable, and remembers everyone who comes in.

In February 2011 Ted Gregory of The Chicago Tribune did a story on independent booksellers:

In fact, the survival of the independent bookstore may reflect a changing consumer mindset and serve as a metaphor for what it takes to succeed today in business, important considerations as the country limps out of its worst economic recession in 70 years.

"They got through their own valley of death," said Scott Lubeck, executive director of the Book Industry Study Group, a trade association based in New York City.

Lubeck, like other experts, said the number of independents that disappeared in the last 20 years included many hobbyists. But the decline has "absolutely" leveled off in recent years, he said.

"I see many, many independent booksellers," Lubeck said, "and I think they're going to continue to thrive. There's no question about it: The bookstore is still the most powerful instrument to connect a reader with a book." 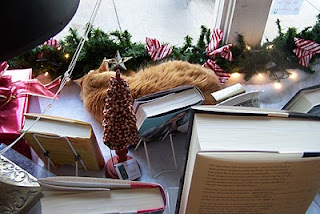 I'm as guilty as anyone when it comes to ordering from Amazon and other online sellers.  It's just convenient and cheap.  But I also make it a point to visit the indies whenever I can and support them.  I bought something from The Book Merchant nearly every single time I visited just to show support.  My meager purchases alone would never have been enough to keep him in business, but it was something.  Ditto with The Raven.  It's important to support these local businesses.   Plus, at The Book Merchant I always had the added benefit of petting one of the shop cats (when he wasn't asleep in the window).

The website Indie Bound points out the advantages of buying local which includes benefits to the economy, the environment and the community.

To find an independent bookshop near you, go here.

Looking through the glass door into the empty Book Merchant store brought to my mind that scene in "You've Got Mail" when Kathleen turned out the lights and locked up the empty shop for the last time, turning the "Open" sign to "Closed" and taking the bell off the door with her as she walked away into the night. 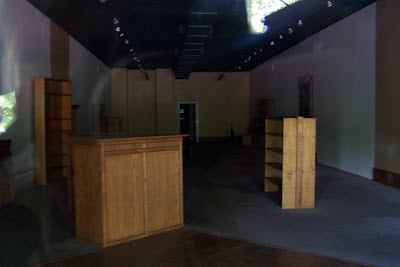