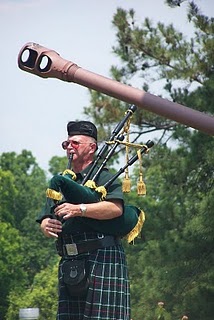 We're spending Memorial Day quietly this year.  I'm tending to some things around the house and we'll go to the service at Greenwood Cemetery at 2.  Then we'll come home, grill, and catch some events on television, I suppose.  It's been a couple of weeks since I've done a round-up and so I think I'm overdue for that.  As summer rolls on and I get back to regular business here at SIGIS, hopefully posts and round-ups will get back to normal schedule!

Let's see what folks are covering this week:

I want to start with No Sheeples Here and her Troopathon post because it is such an important cause.  Please be sure to check that out.

Speculation about 2012 is heating up and who will win the Republican nomination.  So many of us (myself included) are unhappy with the field so far.  And now David Brooks has put the kiss of death on Pawlenty.  I mean, an endorsement from David Brooks?  Really?  The Other McCain weighs in and Pundette confirms.

In fact, as far as 2012 goes, Professor Jacobson lays it out quite clearly.

The Pirate's Cove notesDebbie Wasserman Schultz's buffoonery with regard to illegal immigration.

Someone needs to teach Obama some church manners.  Doug Ross has the video.

WeinerGate is all over the blogs but the most complete coverage, as always, belongs to The Other McCain who will bring you totally up to speed and beyond.  Camp of the Saints rounds up coverage.

Another Black Conservative picked up on Mitch Daniels's comment this week that he "could have beaten" Obama.  No, it's not just you, ABC: it's IS cheap talk.  If you can do it, Mitch, then do it.

Jim Brown explains how states like Louisiana can be players in the 2012 election.

Wyblog got linked by The Huffington Post.  Is that a good thing?

Short 'n Sweet, but I've got to get my day rolling.  Take time to remember and be thankful today.  It's more than just a Bar-B-Que day!
Posted by Pat Austin Becker at 9:41 AM

Thank you, Pat, for the link and the useful round-up.

Enjoy the Summer Break, oh Head Teacher of The Restoration!

Thank you for the link! I appreciate it. Just getting caught up, as my computer was down with that awful bug that mimics hard drive failure. What a mess!

Have a superior week!