Have Some More Coffee and Read These Links 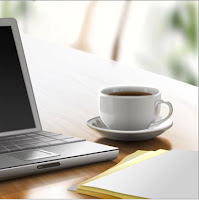 Here are some quick links for you this morning:

A must-read is this post at The Foundry regarding the unconstitutionality of the Nebraska Compromise. The Attorneys General of 13 states have written a letter to Nancy Pelosi in protest:

The deal is said to involve an agreement that the Federal Government’s taxpayers will assume indefinitely the full share of the costs that Nebraska will incur as the result of the expansion of Medicaid that is one of the Act’s effects. The result is not only preferential treatment for Nebraska but it also hurts the rest of us because the other States will have to make up the difference. Such preferential treatment is constitutionally suspect; it cannot be reconciled with several important principles incorporated in the Constitution. The Founders would not have dreamed of taking a burden that all of the States should share and allocating it to only some of them. Likewise, they would not have seen the spending of taxpayer money for the benefit of only one State to be in the general interest.


Professor Jacobson reports that Scott Brown is shaking things up in MA:

Rasmussen is the first major polling organization to poll the Massachusetts Senate special election, and the "pre-released" poll numbers show Martha Coakley (D) with just a 9% lead over Scott Brown (R), which would be consistent with other polls. This post will be updated with further analysis once the official numbers are released. [See Update No. 2 below - official results released - Brown within 2% among people who definitely will vote and has a large lead among indepenents.]


William Murchison questions whether or not Obama really understands the war on terror:

Why is the government decanting Umar Farouk Abdulmutallab into the civilian justice system after he tried to destroy an airliner filled with innocent passengers? Why are we affording this enemy agent the legal protections that obtain in a land he wants to destroy? The administration is going to answer for this one, with volume turned up.

Andy McCarthy exercises some caution on the decision to uphold the conviction of Moussaoui:

The Fourth Circuit U.S. Court of Appeals has affirmed the conviction and sentence of 9/11 conspirator Zacarias Moussaoui. Enthusiasts of the law-enforcement approach to terrorism will undoubtedly claim this development as more evidence that their strategy works. To the contrary, I have argued several times (see, e.g., here and here) that we dodged a bullet with Moussaoui — i.e., if he had not surprised everyone by pleading guilty, if he had instead insisted on proceeding with his trial (not just the penalty phase but the guilt phase), the case might well have ended disastrously.

And finally, Michelle Malkin is all over the upcoming health care debate, including C-SPAN's request that they be allowed to televise deliberations.
Posted by Pat Austin Becker at 10:05 AM