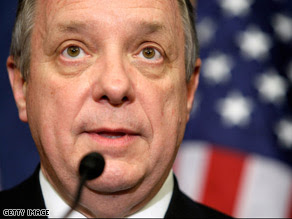 I've been watching with some interest the videos that have come out over the past couple of days of Obamacare protests in Austin, Pennsylvania and Minnesota to name three. There are more. As representatives return to their districts this month and meet with their constituents, I expect more of these videos will come out.

Support for Obamacare is tanking and public opinion polls are reflecting this.

Of course the Dems have to spin these protests just as they did the Tax Day Tea Parties. Remember, those were "astroturf" movements encouraged and financed by Fox News and other right wing outlets. No way the American people could have an opinion of their own; no way people would opposed the massive tax and spend programs of Dear Leader! No....it all had to be the machinations of some evil puppet-master encouraging them to go out and speak up.

We're getting the same spin now on Obamacare. Philip Klein of American Spectator has two telling quotes: one from the Think Progress blog and another from Sen. Dick Durbin. You need to go read Klein's whole post, but part of his quote from Think Progress includes this statement: "ThinkProgress reported today on the growing number of angry right-wing activists viciously harassing Democratic, as well as moderate Republican, members of Congress on health care reform. Jonathan Cohn wrote that these tactics represent 'classic astroturf organizing, in some cases bankrolled by the health care industry.'" Because we can't think for ourselves, right?

And the Durbin quote (again, just an excerpt) : “These health insurance companies and people like them are trying to load these town hall meetings for visual impact on television. They want to show thousands of people screaming ‘socialism’ and try to overcome the public sentiment, which now favors health care reform."

Similar talking points. "Load these town hall meetings"? Isn't it conceivable that people are simply opposed to a government takeover of health care and feel the need to speak out?

Klein points out, as I have before, that public opinion is very much against Obamacare. Most people that have insurance are happy with their insurance. Nobody says reform isn't needed, but most people don't want the public option either, especially not now that the infamous video is going viral of Obama saying that this is his plan to get to single payer insurance.

Dick Durbin's quote just illustrates that he is out of touch with his constituents and with the current opinion of Americans in general. I suspect that you'll see a lot more of these sorts of videos and read lots more statements like Durbin's during this month-long recess. This is the time for us to speak out. I don't need any insurance company to pay me off to do so, either.
Posted by Pat Austin Becker at 5:20 PM

Gosh, the Democrats are getting hammered! Nice posting, Pat!

Fine post. Since vicious harassment makes such great TV, you have to wonder YouTube and the MSM are suppressing all the videos of it.