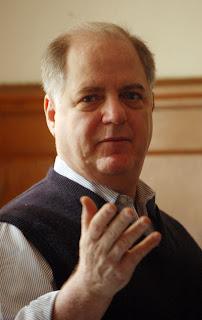 You'll never believe this, but for the first time ever I watched "The Night of the Living Dead" last night. I know, it's a classic, but I'd just never seen it in it's entirety.

It seems that Frank Rich has seen it though, except in his mind it takes place in upstate New York. Rich has a column in the New York Times today describing the Republican party and Conservatives in the most frightening terms. The zombies shuffling across the field are of course "Sarah Palin, Glenn Beck, William Kristol and Newt Gingrich." The rest of us are dressed in "tea-party drag." We have all devolved "into a wacky, paranoid cult that is as eager to eat its own as it is to destroy Obama."

Was Rich watching the same movie I was when he wrote his column? Probably not. That's just the way he sees things.

Never missing a chance to take a shot at Sarah Palin, Rich says "The movement’s undisputed leaders, Palin and Beck, neither of whom has what Palin once called the 'actual responsibilities' of public office, would gladly see the Republican Party die on the cross of right-wing ideological purity." Now we have crucifixion imagery here. Way to go Frank! But wait a minute; I know I'm just a zombie in tea-party drag, but doesn't being governor of a state qualify you as having had "actual responsibilities of public office?"

What Rich is really scared of is that Republicans will find their conservative base once again. He concludes Hoffman's rise indicates an all out press of third party candidates which, if so, would benefit the Democrats. He says the actions of todays "teabaggers" are reminiscent of "the early 1960s, when radical-right hysteria carried some of the same traits we’re seeing now: seething rage, fear of minorities, maniacal contempt for government, and a Freudian tendency to mimic the excesses of political foes."

Seriously? That's how he sees this? He criticizes our dissent and the ability of Hoffman to raise cash from national sources. I guess only Democrats can do that. The rest of us? We're just "eating our own."
Posted by Pat Austin Becker at 8:30 AM

Rich is having to deal with the natural results of political polarization. The Left went on a scream-attack against Bush II, then placed their faith and hopes into a dishonest, hard-Left Chicago politician. Instead of building coalitions, the Left attacked any dissenters with accusations of racism and "hating America."

In this climate, is it any wonder that the Right is closing ranks and forcing Republicans to more clearly define their political platform and hold Republican candidates accountable to it?