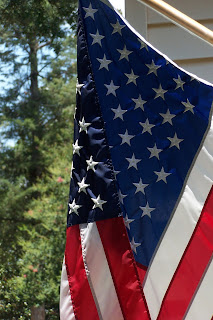 It's Flag Day!  And the Army's birthday!  Hooah!

I'm loving summer.  Yes, it was 100 degrees here yesterday and it hasn't rained in two forevers, but I love summer.  It's such a lazy time - at least it is around here.  I can waste an entire day and not feel guilty about it.  Other times I feel an obsessive compulsion to be "productive" and get "something" done.

Maybe I'll finally paint the bedroom and the kitchen this summer.  (I've been saying that for two years; don't hold your breath.)

Summer is when I take long, lingering trips to the library or through an antique mall.  Barnes and Noble!  Summer is when I hit the garage sales and estate sales on Fridays and Saturdays!  In the summer I have time to actually cook, but don't usually feel like it because I'd rather be lazy.

Summer at SIGIS is  when the crepe myrtles bloom: It's when the hostas are up and thriving in the shade where it's still at least 98 degrees... 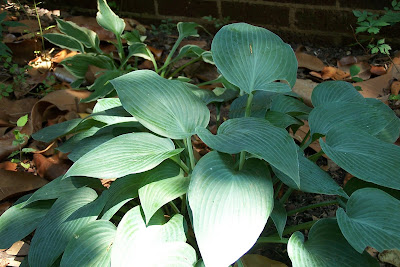 It's where the geraniums are loving the heat: 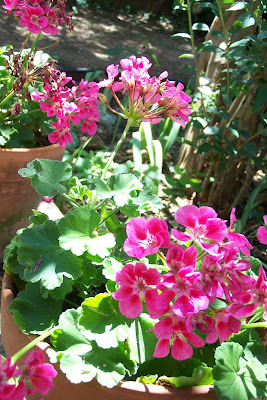 ...and the impatiens need a little more water than usual... 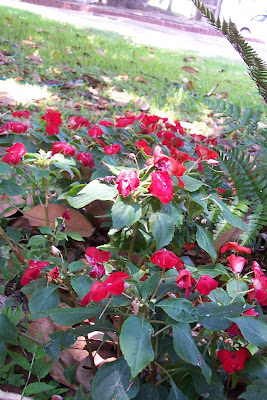 The dog is oblivious to the heat; he just wants someone to throw the tennis ball: 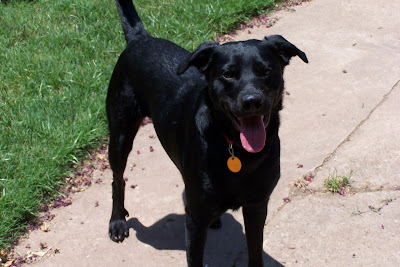 He would chase the ball until he drops.  He has to be told to stop and go inside.

Summer is when the coneflowers bloom: 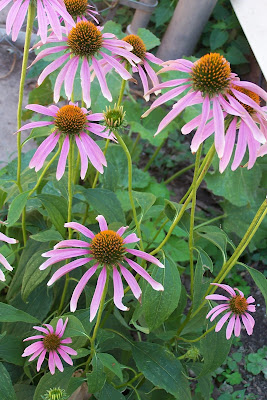 and an inviting place to sit beckons: 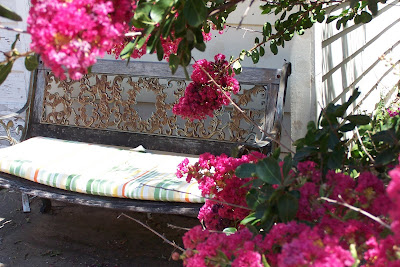 Summer is when you have fresh blueberries ready for cobbler: 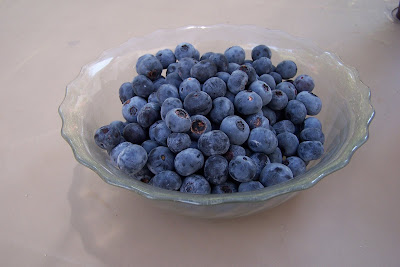 And at the end of the day, it's time for a good book and a cold beer on the deck: 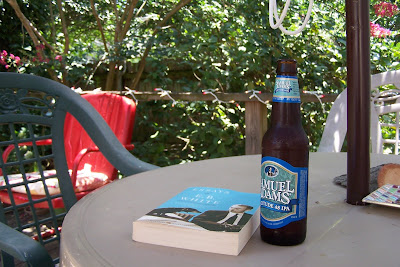 I hope you're enjoying your summer as much as I'm enjoying mine!

I agree with you about summer. Being semi-retired it's pretty much that way most of the year, though I feel more motivated when it's cold. That's probably because a quickly moving body is warmer than a body relaxng under the ceiling fans reading a book!

We've had a 78 high 60 low day here in Louisville KY this Tuesday and that is almost perfect!

We don't have summer here on the Monterey Bay. Well, maybe three or fours days of it scattered over four months - when the coastal fog belt is blown away for a day or so - but it's still a fantastic time of year. Last five days have frozen 60 cups of freshly picked Ollieberries from the backyard, and it looks like there's still five times that left ripening on the vines. Tomatoes coloring up fine. Life is good!

it's been chilly jacket weather here. we wore jackets monday. it was rainy and windy. we've had lots of rain. it has rained nearly every day! it's cloudy today w/ a chance of rain. rain tomorrow. rain friday.

Gotta ask...where abouts are you?

@Beth: Sheryl is in Iowa!

I flew into Des Moines a few Decembers ago ....thanks but no thanks....