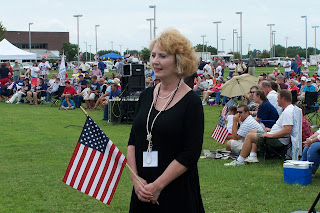 I expect this sort of thing from Politico.

I don't expect a whole hell of a LOT from Joe Biden, but coming from the Vice President of the United States, this is just irresponsible.  It's an outrage:

Biden, driven by his Democratic allies’ misgivings about the debt-limit deal, responded: “They have acted like terrorists,” according to several sources in the room.

Biden’s office declined to comment about what the vice president said inside the closed-door session.  Earlier in the day, Biden told Senate Democrats that Republican leaders have “guns to their heads” in trying to negotiate deals.

Let me remind Mr. Biden what the definition of a "terrorist" is:

a person, usually a member of a group, who uses or advocates terrorism.
2.

a person who terrorizes  or frightens others.

(formerly) a member of a political group in russia aiming at the demoralization of the government by terror.

Mr. Biden, THIS is terrorism: 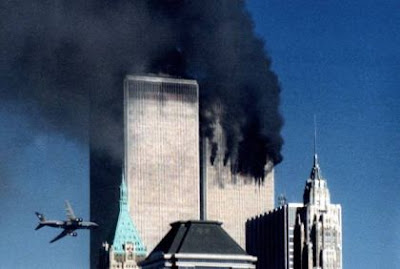 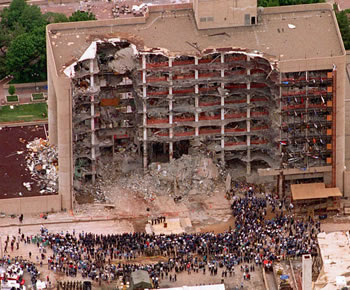 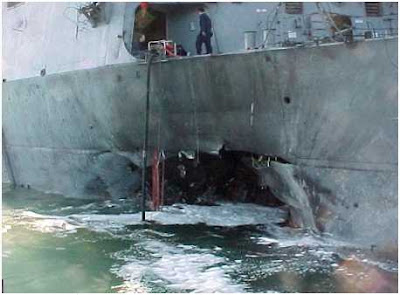 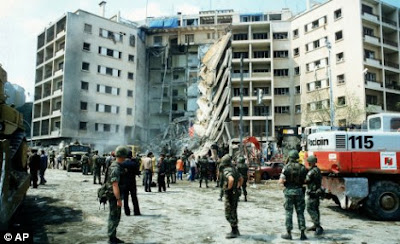 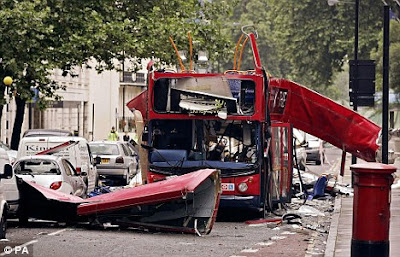 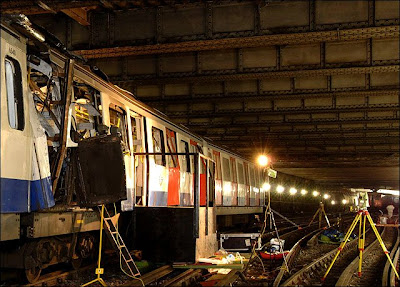 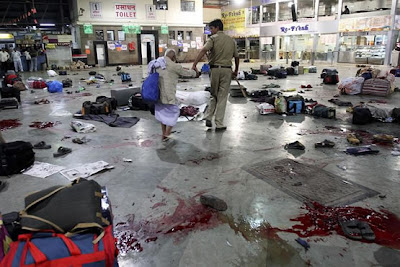 This is NOT terrorism: 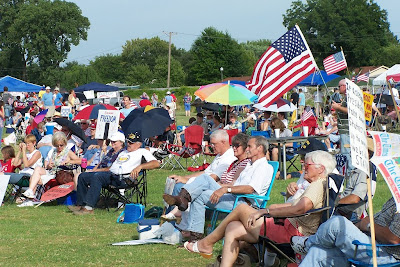 These people, Mr. Biden, are patriots.  Get used to them.

Update:  Thanks Don Surber for the link!
Posted by Pat Austin Becker at 5:10 PM

Seems like you can dish it out but can't take it.
How many times has Obama been called a lot of things (terrorist, nazi, hitler, etc...)?
How many times have Liberals been called un-American, told they hate and want to destroy America, etc...?
How many times did Dick Cheney trash talk Democrats when Bush was in office?
I don't think what Biden said was a proper thing to say.
Sometimes people start seeing hyperbole as fact. Obama is not a Socialist, Nazi or Hitler. Hitler is Hitler. Tea Partiers who don't do terrorist things aren't terrorists.

From your first sentence you imply Pat has called Obama a terrorist, etc then you go into a straw man argument. When has she called Obama anything but wrong, showing examples? And in your counter argument you give no examples. BTY this post is about Plugs Biden, not B Hussein Obama.

I have called Obama incompetent, a failure, a man-child, and working on overtaking Lyndon Johnson as (IMHO) the worse president in history. Reasons why? Seizures of multiple industries, involvement in a war (Libya) for no reason, bankrupting the country (please....Bush had issues with the budget but nothing like this), embarrassing the country while overseas, being more thin skinned than most high school girls etc.

BTY I recall leftist groups saying Republicans wanting to starve children, putting old people on the street when they tried to get the budget under control in the 90s.

How many times did Dick Cheney trash talk Democrats when Bush was in office?
Other than once telling a senator to do something physically impossible to do, can you give us an example.

I don't think what Biden said was a proper thing to say.

We agree....then why the rant.

I'll agree with you Obama is not Hitler (although he is, IMHO, an anti-Semite, like many leftists) but he is a socialist. Sorry, it's not for him or his people to pass the wealth around, plan the economy, telling companies where their officers would work, require "service" for high school graduation.

Per usual, Progressives kvetch in overly dramatic and inappropriate ways about the obstacles to their utopian dream of endless spending to fix the world's ills, ie the Constitution, the opposition, and Americans in general. If only Obama delivered just one more speech, then those stupid, greedy, racist Tea Partiers could have been shamed into acquiescence. I find Progressives grossly overconfident in their own ideas, intelligence, and morality. Their lack of confidence in everyone else falls egotistically short. Of course this attitude reigns supreme among the political elite of both parties, and we must remove them from office by replacing them with people with humility and integrity and who are much better at math. Enact term limits. End subsidies. Simplify the tax code. Slash real spending, not just growth in spending. Align government benefits with private sector benefits, even for our precious political elite. Eliminate public sector unions. Eliminate federal spending where the Constitution has enumerated powers to the states and the people. Only then can we a see a real shift of power back into the hands of individuals where it belongs. We do not need to be managed by government, and our government has grown so large as to be unmanageable. We are failing to keep people like Biden in check. He looks at any infringement on his power as terrorism, and that is no joke. I too look at those who want to curtail my freedom as terrorists, that includes Biden himself and all his Progressive allies. Anyone who wants to regulate every part of your life because he feels that you are incompetent to self-regulate might as well be called a terrorist. If you think that controlling me is much different than killing me, you have been poorly educated in history's examples of tyranny and for what the United States was created.

Excellent post; I will link to this from my Old Jarhead blog. I guess the Veep wasn’t listening when the President called for more civility in political discourse out in Arizona. Both sides have been guilty of unreasonable comparisons; how many times was Bush compared to Hitler, or pictures as a monkey (the roof would fall if you did that to Obama). And it’s fair to call either side on it. The problems facing this country are life-threatening. We need to concentrate on solving them. Every day we drift closer to the abyss. It grows increasingly difficult to see how we avoid a fiscal collapse, followed by a political and social collapse. Personally, as long as I don’t think about my granddaughter, postponing the implosion is good; I’m 65 and have pulmonary fibrosis, which is eventually terminal, so I may escape the coming desperate years. Unfortunately, the changes needed are so politically painful, they will only happen when the pain of not changing is greater. I hope I’m wrong, but I greatly fear that will involve riots and bloodshed in the streets.

Robert A. Hall
Author: The Coming Collapse of the American Republic
(All royalties go to a charity to help wounded veterans)

Mr. Hall,
Thanks for your comment. Your book looks interesting and I'm putting in an Amazon order now!