The Coolest Jewelry Box in the World

The think I love about "antiquing," or just going to see Milly Rose, is that you never know what you will find.  I almost always find something cool at Milly Rose's shop and it's always something I really "need"!

The other cool thing, to me, about this hobby is the rush you get when you find that thing, that thing that you didn't know you needed, you don't know what in the hell you're going to do with it, but you just have to have it.  It doesn't happen every trip, but when it does...well, it's really fun!

We went yesterday to Minden to visit Milly and do the Mardi Gras parade over there.  (I'll post more on that later today).  One of the first things I saw was this: 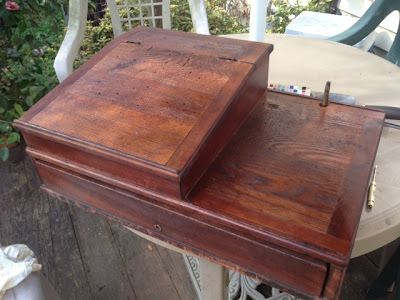 What in the world...?  I was drawn to the wood and the unusual shape of the thing.  I opened the lid on the top piece and the drawer: 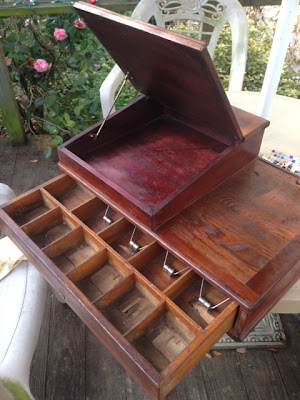 It's an old cash register drawer!  That spindle you see in the top picture?  It worked in sync with an old adding machine.  When I got it home, I pulled the drawer out - there's a mechanism in there that makes the drawer pop open when prompted by the adding machine.  (There was also a dirt dauber nest in the top compartment!  Lagniappe!)

Here's one I found on ebay: 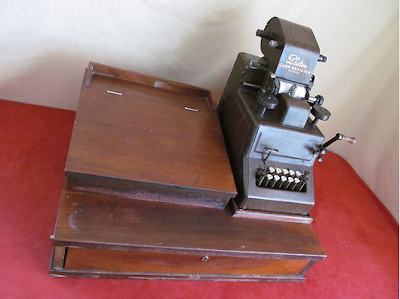 A little research led me to this history of the Dalton Adding Machine Company.

I brought the thing home, thinking I'd set it on this antique desk that I have, but really, what to do with it?

I'm thinking right now it's going to make a perfect jewelry box!  Line it with some velvet maybe.  Necklaces in the top and earrings and pins in the drawer, maybe.  Rings on the spindle?!

But just look at these worm holes: 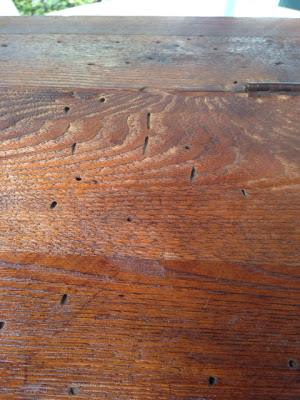 But I don't really need a cash register...I'm open to suggestions.  Anybody have a good idea to re-purpose this besides my jewelry box idea?  Otherwise, I think I just bought the coolest jewelry box ever.
Posted by Pat Austin Becker at 11:53 AM 1 comment:

Is Your DVD Library Missing This? 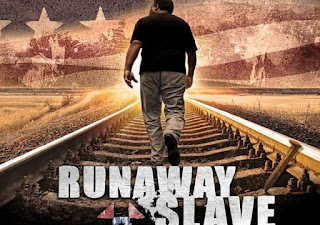 Rev. C. L. Bryant's fabulous documentary, Runaway Slave, is now out on DVD.  If you haven't seen this film I urge you to order it and watch.

I went to the theater five times last summer and watched it.  I loved it.  My review is here.

The documentary is a masterpiece of photography and symbolism as well as strong in its powerful message.  Yet even with the seriousness of the subject, in the end I was left optimistic and hopeful.

I've ordered my copy already because even though I almost know it by heart by now, I still want to watch it over and over again.

What's All the Fuss?

I think there's something going on in D.C. today...an inauguration of some sort.  I'm not turning on the t.v. today.  I've got my XM radio tuned to the forties station and am tending to household matters today. 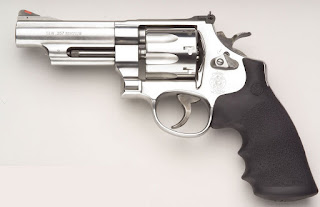 There is much speculation in the news about upcoming gun control legislation.  As one might imagine, the reactions are extreme on both sides.

A working group led by Vice President Biden is seriously considering measures backed by key law enforcement leaders that would require universal background checks for firearm buyers, track the movement and sale of weapons through a national database, strengthen mental health checks, and stiffen penalties for carrying guns near schools or giving them to minors, the sources said.


…None of which would have stopped the Newtown atrocity. The shooter stole the guns from his mother, who passed a background check (Connecticut has that); the guns, being stolen and used rather than resold, would have been effectively invisible to a hypothetical database; the guns were not in fact owned by a mentally unstable, violent person who used them to murder children (they were stolen by somebody who used them for that); and penalties for possession of firearms around schools or by minors obviously had no effect on the shooter (who was, by the way, a legal adult).


He makes a legitimate point.

As this debate moves forward, and it will, it's important to keep our heads, and wits, about us.  The administration who vows to "never let a crisis go to waste" will certainly move to enact something here, although I suspect and terribly restrictive legislation will have a difficult time moving through Congress.

What we need to me more concerned about is Obama's already demonstrated penchant for running around Congress.

Tom Gresham has a rational, thoughtful op-ed today in which he says:

We have a clear track record of what works to increase our safety. We know what doesn't. Arming good people does, in fact, reduce crime. Banning certain types of firearms, or the loading devices, does nothing to stop mentally ill people and criminals.

Focusing on the failed siren song of gun control diverts us from doing things that actually work, such as programs to secure firearms. Congress eliminated the funding for “Project Childsafe,” a program created by the firearms industry to educate gun owners about safe storage and to distribute millions of gun locks.

Americans will not willingly give up their guns.  Nor should we.  Gresham argues for the benefit of safety and education programs and that's something both sides can agree on.

As a sort of grounding plug to this whole debate one only need consider the story in the news today of the woman hiding in her attic who had to shoot an intruder to protect her two children.  She had absolutely no choice in the matter.

I was reading some discussion about this case on Michael Yon's Facebook feed; Yon wrote:

There are numerous lessons here:
1) Do not break into someone's castle

3) 6 shots are not enough. What if there had been three intruders? She hit this guy five times and he was still alive and talking, which means he could still pull a trigger.

4) Do not mess with momma bear when she has cubs.


In the comments there was discussion about what a good shot this lady was.  She hit him five times with her .38 revolver.  He's got a punctured lung, punctured stomach, and a punctured liver yet he was still able to get in his car and try to drive away.  I suspect she might upgrade to a weapon with a little more firepower.  Or upgrade ammo.

If the gun-control advocates have their way, she wouldn't be able to upgrade to a semi-automatic style weapon with a clip or magazine.

Michael Yon raises a good point, though.  What if you're attacked by more than one intruder and you only have six shots?

We need to keep level heads as this discussion moves forward.  There are bad people out there, crazy people to be sure, and it's a plain fact that no amount of gun control will keep weapons from them.  None of the proposals mentioned so far would have stopped the Sandy Hook massacre.

As for me, I'm going to learn how to shoot.  I'm signed up for my first class already and I'm looking forward to learning.

Is This Thing Still On?


I've done exactly two political posts since the November election which recently prompted a friend of mine to ask if I've given up political blogging.

I've asked that question myself lots of times.

I haven't.  I think, though, that after the election I felt much as I did after the passage of Obamacare.  I felt like I'm just screaming into a void and nobody is listening.  On one level, I just figured, "Ok - the American people want a socialist, big government system; it's what they voted for, so let 'em have it."  When the Obamacare vote happened, I was deflated.  I had researched, written thorough, well documented posts, and nobody was listening.  In November, I felt there was no way that America would vote Barack Obama back into office given his record spending, Fast and Furious, Obamacare, Benghazi, etc.  But the low information voter doesn't care about those things.

And then I hunkered down.  I've been paying off credit cards and restructuring things in preparation for the coming financial apocalypse.  And it IS coming.

And so political blogging went by the wayside here as I just shook my head in frustration and decided nothing I say could change things.

Meanwhile, Governor Bobby Jindal enacted his education reform agenda and I've been putting in ungodly hours at work just trying to stay ahead of that barrage.  There is much to be said about that, but I don't really feel like I can do that right now.

And then this past August my mom fell and fractured her neck and that meant lots of hospital sitting as one complication after another arose.  She is finally settled now, the neck brace is off, and she is living at The Glen.  She likes it there and she is safe and well cared for.

I've noticed a malaise among some of my other blogging friends, but not all of them.  And it's true that if anything is going to ever change then we can't all fall silent as I have.  One voice won't change things, but a chorus of us stands a better chance to bring about change.

A big part of me just doesn't want to cave into the tyranny.  It's what they want.

I'm not finished with the political blogging.  I've just been frustrated and distracted.  Trying to survive, if you will.  I heard today that surviving is the new normal.

As far as this fiscal cliff crap sandwich goes?  I think the Republicans are their own worst enemy and I'm just as sick of most of them as I am of the Democrats.  John Boehner needs to resign.  It's all just disgusting.

Political blogging?  Yeah, I'm still here.  2016 is coming before you know it and we better have our collective shit together.

Is this thing still on?