Dear Shreveport, We Need to Talk 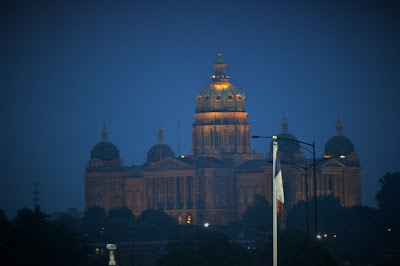 It's time to see other people.  While I love you, and have spent my entire life with you, you are not making forward progress to the degree that you should; you're not working up to your potential.  You could do so much better.

Nobody is perfect, and I don't expect you to be perfect.  But...

Let's look at Des Moines, Iowa, for a moment.  So often, people around the country laugh at and scoff at old Des Moines.  But Shreveport, let me share a secret with you; I've been having a little affair with Des Moines for several years now.

So why does it seem like downtown Des Moines is light years ahead of you, Shreveport?  What gives?

Downtown Des Moines is a thriving, busy, happening place where people live, work, and play.  There are many, many restaurants, cafes, and bars with outdoor seating: 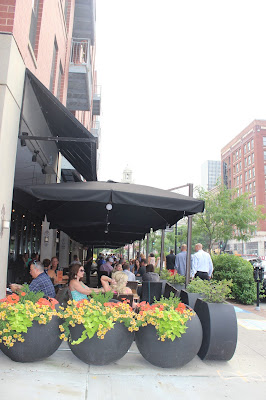 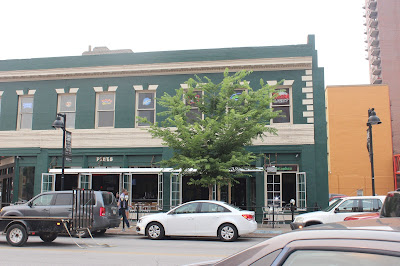 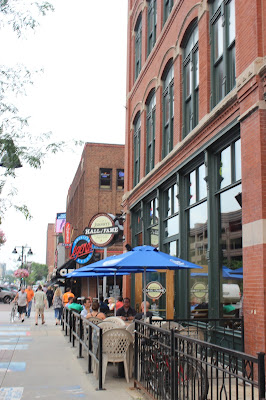 I realize it's a lot hotter and it's more humid in Louisiana, but look Shreveport, your neighbor in Dallas has a lot of outdoor patio areas, too.

In downtown Des Moines, there are old buildings that have been converted to apartments; something that you are beginning to do, Shreveport-Bossier.  These lofts and apartments are filled with young people that work and play downtown: 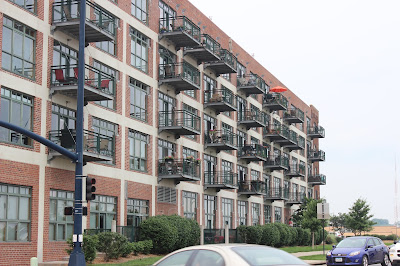 There are even little grocery stores here and there so if you need to pick up something, you don't really have to leave downtown. 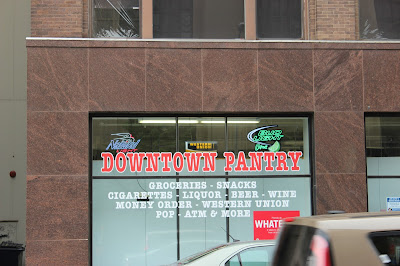 And Shreveport, in downtown Des Moines, they restore old buildings, not abandon them and let them rot until they just fall down.  You have so many fine buildings downtown that have fallen into such a sad state of urban decay.  What business wants to come into a town like that?  Why can't your leaders find a way to preserve instead of ignore? 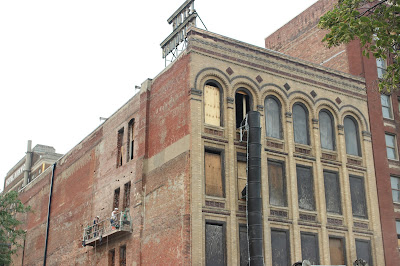 Even the littlest flaws are addressed and marked for repair. 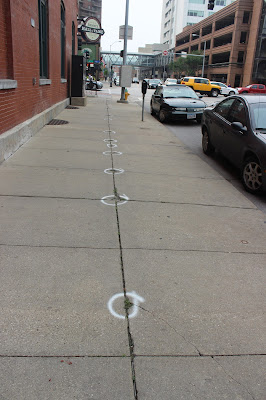 Yes, Shreveport, downtown Des Moines is lovely with its flowers... 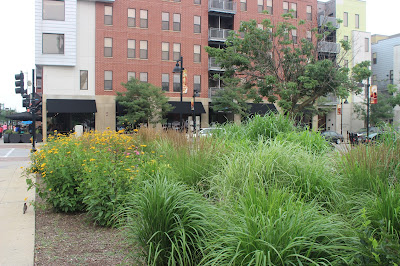 ...and plentiful green spaces that enrich downtown living.  And it's so clean -- the people take pride in their downtown and so trash and litter is almost non-existent.

But Shreveport, even more than that, and this is where we need to talk, Des Moines has a Triple-A baseball team.  Now, think back to those population numbers I referenced, and let me reiterate:  Des Moines has a Triple-A baseball team.  And don't tell me that you can't have that because "the wealth isn't there."  Band together with your surrounding communities, work together.  Shreveport, Bossier, Benton, Haughton, even Minden.  It's there.

The Iowa Cubs play at Principal Park in downtown Des Moines in a lovely little stadium right on the river. 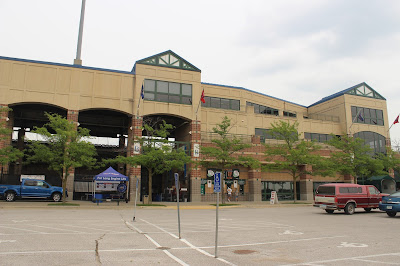 Principal Park seats 11,500 and replaces the original stadium that was built there in 1947.  The new stadium was completed in 1992, just six years after old, abandoned Fairgrounds Field,  and has gone through some upgrades since then, like the addition of sky boxes, etc.   I've been to see the Texas Rangers in their stadium, and let me tell you, there isn't much difference other than size.  The fun, amenities, and activities are all there.

Even better, the stadium is within walking distance of that busy, thriving downtown that we just talked about.  You can park your car at the stadium, walk two blocks, have lunch in a German bar/restaurant... (because you can only eat so much Mexican and Asian food which is about all you have, Shreveport...I know there are Italian restaurants and steak places, but let's get some variety, eh?)

Have some authentic German food, 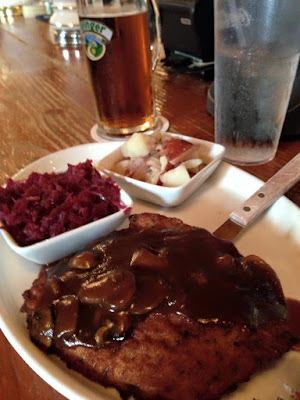 ...go to a first-class science center: 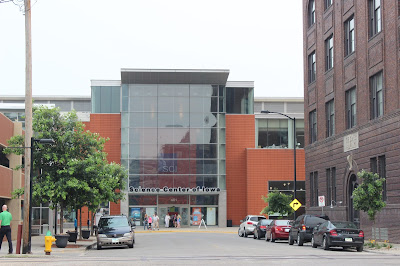 Then walk over to the ballpark and see a great game. 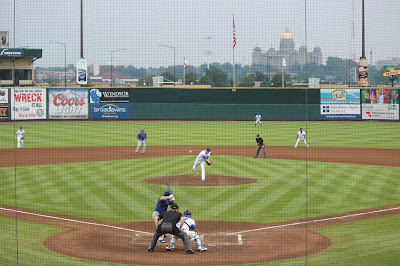 The tickets to these games at Principal Park are quite affordable.  For less than twenty bucks for two people, you can sit right behind home plate;  look at that view, too!  The beautiful capitol building is lovely all lit up at night.

A person might even be lucky enough to get an autograph from a visiting retired major league player like Lee Smith. 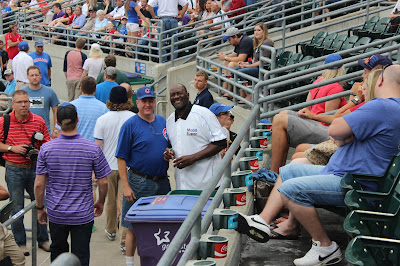 Shreveport-Bossier, why in the world don't you have baseball? 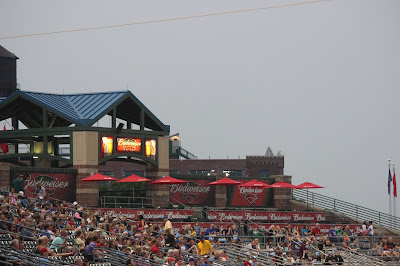 It's a great thing to be able to take the family out to a ball game. 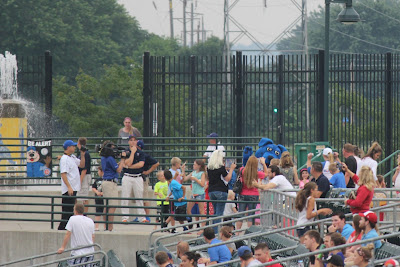 Why, Shreveport, why can't you do this? 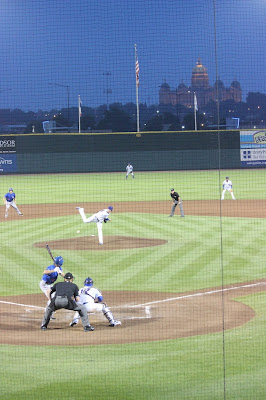 And if baseball isn't your thing, Shreveport, Des Moines has two hockey teams - The Iowa Wild which is American Hockey League, and the Des Moines Buccaneers which is the United States Hockey League.  You remember hockey, don't you, Shreveport-Bossier?  There's also basketball, soccer, and pretty much whatever other sports you'd like to see.

And guess what, Shreveport?  Des Moines also has a zoo - a really fabulous zoo.

Like I said, I love you, Shreveport; I really do.  You've been my home my entire life, and that's why I hate to see you languish.  There's more to life than casinos, really!  There's got to be a better tourist draw than the Boardwalk, don't you think?  So, what's the problem?

It looks like people have already given up on you, Shreveport-Bossier.  Given up.

That is heartbreaking.
Posted by Pat Austin Becker at 12:45 PM 5 comments: