The Space Race and Other Loose Thoughts


On the go this morning, but be sure to read this most excellent article by Charles Fishman in The Atlantic; it's also the subject of my DaTechGuy post going up later today.

I've always had a fascination with space; maybe it's generational.  I remember the lift-offs, the splash-downs, and the human drama and achievement it all epitomized.

With the cessation of manned spaceflight, it seemed there was nothing much more to watch.  The human element was gone.

Fishman's article brings back that human element and paints a picture of the American space mission today.

Oh, and Lucky got adopted!  Read about that, too.  I'm over the moon about that!  (see, I've got this whole space thing going today). 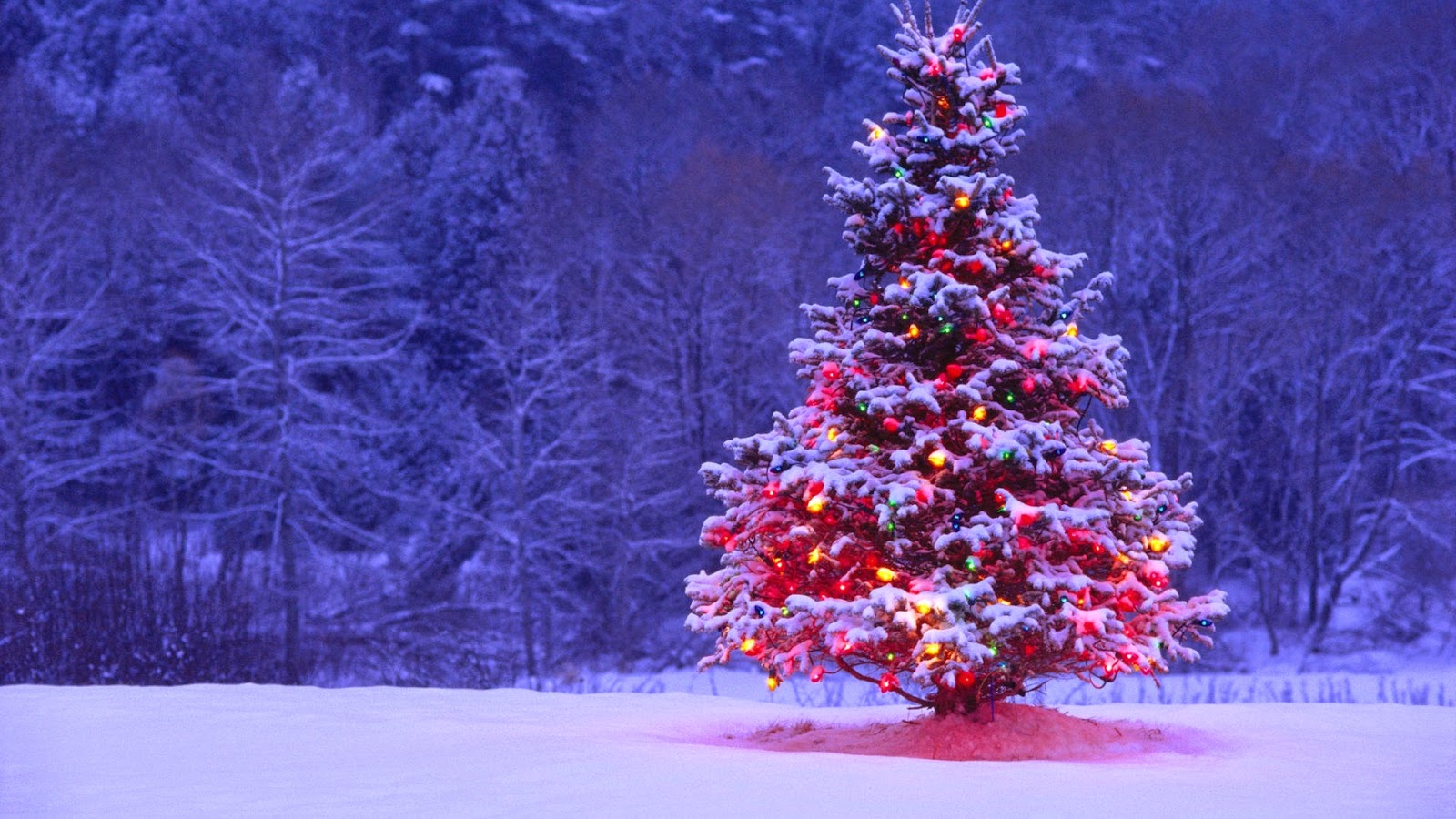 It's been a lovely Christmas season Chez SIGIS; we did the family thing last weekend and my grandson - 2-1/2 years old - is a joy.  So cute!

We have a few more activities before we hunker down for the day tomorrow and unwind, relax, and rejuvenate.  Oh, and I will, of course, watch A Christmas Story marathon as tradition dictates.

Looking back, it's been a very nice year and we've been truly blessed.

Going forward into 2015, I hope to do better in keeping this blog updated - I know we've talked about this before, but the political landscape right now is so horrible, so beyond horrible, that I just haven't been able to blog politics too much.  I did celebrate the defeat of Mary Landrieu this year, which was nice.  I may be able to pick back up with politics as the ever-lengthening presidential election season heats up but it will depend on the candidates.  For now, let's just say NO MORE BUSHES.

I will be very, very busy in 2015 trying to finish the book I'm working on.  I've spend almost a year doing the research and that is not yet complete, but close.  Even still, there are sections that I can work on in the mean time and have already written a measly 10,000 words.  A drop in the bucket.  But, my goal is to have a manuscript by the fall of 2015.  We shall see.  The process certainly eats up all blogging time, though, thus my extended breaks between posts.

Steve and I both have become involved with the animal rescue community here in Shreveport-Bossier and are finding that very rewarding.  We both hope to do more with that in 2015.  The first item on the agenda will be Justice for Braveheart -- the jury trial for Braveheart's abuser will be in January.  I can't fathom why this person's attorney is letting this case go to a jury trial so this will be interesting.  What jury in the world would look at those pictures and let this man off?  He has no defense.  He already admitted everything.  I can't imagine what the defense will be.

We still have not heard anything from the SPD on the investigation from October.

So, I'm off to enjoy the holiday and hope everyone has a wonderful Christmas.  I know it's a difficult time of year for many of us, myself included, but I'm finding that new traditions and new celebrations help.

Posted by Pat Austin Becker at 9:48 AM 3 comments:

Email ThisBlogThis!Share to TwitterShare to FacebookShare to Pinterest
Labels: Christmas

This is such a busy time of year and my already sporadic blogging has been more sporadic than usual it seems.  It seems like about all I can get together as far as blogging goes is my weekly contribution to DaTechGuy's blog.  Between Christmas, the book, and my job it seems like there's no time left for blogging!  But, here's a quick check in:


1.   Tomorrow is Pearl Harbor Day:  take a moment to remember those who lost their lives in service that day and in the days following.  One of the things on my bucket list is to visit the Pearl Harbor Memorial one day.  Even in her last few years, my mother would still tear up and struggle to talk about the friends she lost that day.  Here's a fellow that was there:

Bombs were dropped on surrounding Ameican aircrafts, except the planes in the photographic squadron Pouyadou belonged to. "Our aircrafts were able to get up and start taking pictures," Pouyadou said.

He stepped into action and helped survivors get medical assistance.
"There were bodies everywhere. We were leaving the dead and picking up the people we thought we could save their lives," Pouyadou said.

"It was a dud. That's the only reason he's alive," said Becky Pardue, Pouyadou's daughter, as she sat next to her father Friday evening listening to his story.

2.  I'm trying to get Christmas together; ever since I lost my mom, almost two years ago, Christmas has been hard.  I keep telling myself that pretty much almost everyone my age has lost their parents, or at least one of them, and do know that I'm very lucky to have had her for as long as I did.  I know others have lost parents and even children and we all keep going.  But sometimes the memories rush back when I least expect them and suck the air right out of me.  Last year I walked into the grocery store right after Thanksgiving and saw the candied fruit for fruitcake sitting up front in a big holiday display; because making fruitcake cookies was one of the things mom and I did together it triggered a flood of memories and there I was feeling sorry for myself and sobbing through the store.  Felt like an idiot.

But there's progress.  I saw a similar display this year and no tears.  Some sadness and longing, but no tears.

About six months after mom died I got an email from a reader who told me she just couldn't read my blog until I quit grieving so publicly about my loss.  It sounds harsh, I guess, and I was taken aback at first, but she was right.  It was a sort of virtual "Snap out of it!" moment that I needed.  I still grieved, but in private.  Nobody wants to read about how sad you are, right?!  Anyway, Christmas is a difficult time of year for everyone who has lost someone close, and I'm more conscious of that now than I used to be.  All this forced cheer and merriment sometimes is rough.  But we make new traditions and memories and forge ahead.

3.  To that end, Steve and I went to the Centenary College annual Candlelight Service at Brown Chapel last night -- why have I never done this before?!  I've lived in the shadow of this college my entire life and have never attended this event.  It was simply lovely, the choir sounded like angels, and the moment at the end of the service when the lights go down and the chapel is filled with congregants holding lighted candles and singing "Silent Night" was surreal.  Such a feeling of peace!  The only thing that would have made it better would have been to walk out of the little chapel and find snow, but we got fog.  It's enough.  It was wonderful.

4.  I'm deep into this book I'm working on about Cammie Henry and Melrose Plantation.  She's simply enchanted and fascinated me and so it goes.  I spent most of last summer in the archives at Northwestern in Natchitoches and have made a few trips this fall.  The Melrose collection there is massive and I'm reading my way through a great deal of it as it relates to Cammie and the Melrose group.  At home I have dozens of books I've collected for research and spend my time reading and studying those.  I've got a couple of good systems going for organizing all this information (and it's massive!), but we're still quite a ways away from a finished book.  I'm trying to be very thorough and I'm so OCD about things I check and cross-check everything.  I'm optimistically saying another year, but it may be two.  Or longer.

5.  This is my favorite time of year at work -- we have Senior Project presentations next week.  My kids have worked so hard, and I've driven them like a mad woman.  It's so stressful for them but the payoff is after the presentations and they all feel such confidence and pride.  Senior Project has its drawbacks -- we lose a lot of time for literature with it, but at this particular time of the process, I really like it.  Just filled with pride for my students!

6.  Mary Landrieu is going to lose her job today.  Prediction.  I need to go vote.

7.  The news nationwide is so depressing I just can't even bring myself to blog it right now.  The Ferguson thing and the Eric Garner case in New York -- everyone else is weighing in on those and my little voice will contribute nothing.  I have strong feelings in both cases but I'm keeping them to myself.  Both are incredibly polarizing.  I will say this:  the race-baiters like Sharpton and Jackson make me go ballistic.  Angry, angry, angry.  Why can't people see that they are simply stirring up emotions for the purpose of lining their own pockets?  I loathe them.

8.  Lots of you have asked about the outcome of our incident with the SPD storming into our home and pointing a gun at Steve's heart:  no word from the Internal Affairs investigation yet.  I'm not sure what their timeline is on these investigations but I will note that it's been over a month, now.  We were told we would be notified of the outcome, so we shall see.  I'll keep you posted.  Everytime someone knocks on my door unexpectedly now I almost jump out of my skin.  It's getting better, but that was just CRAZY!

I think that covers my loose ends for now.  It's a quiet morning here at Casa SIGIS so I'm going to make another cup of coffee and try to work on my Cammie project.

Stay in touch!  Is anybody still out there?
Posted by Pat Austin Becker at 10:15 AM 3 comments: