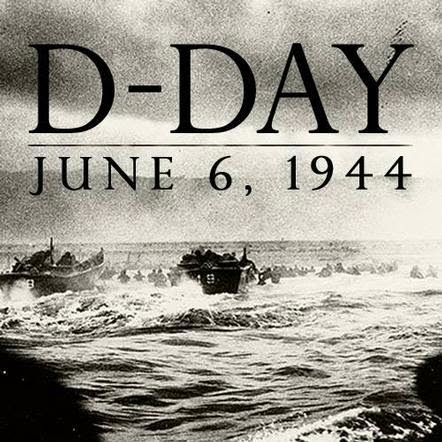 6/6/19:  Today is the 75th anniversary of D-Day and I am reposting my tribute to Shreveport's own Kelley brothers.  During the course of this research I was blessed to meet Charlotte, one of the members of the Kelley family and she was a great help in filling out some of the family history.  As this article explains, Bose Kelley was killed in the Normandy invasion on D-Day and is buried in Greenwood cemetery in the veteran's section in Shreveport. If you want to visit his grave it is not hard to find: there are always flowers placed on his grave, and a flag, and he is buried right next to his brother, William.


On this 70th anniversary of D-Day, I'm running a version of one of my columns at DaTechGuy; here in Shreveport, one family lost three sons in less than two years in World War II.  During that war many families across our nation lost more than one son, but as far as I know, the Kelley family is the only family in Shreveport that lost three sons-- one of them in the invasion of Normandy on June 6, 1944.

Like all of America, Shreveport watched the unfolding events at Pearl Harbor in 1941 with horror.

In February 1942, William G. Kelley (his friends and family called him “Bob”) felt the call to service and enlisted in the Army Air Corps.  He had graduated from the local high school, attended Louisiana College, and was attending seminary.  He was ordained at the First Baptist Church in Shreveport by Dr. M. E. Dodd.  When he enlisted, Bob was preaching at the Evangeline Mission, a new church in town that he helped build with the assistance of the Queensborough Baptist Church.

Bob Kelley went to officers’ school and became a bombardier; he went with the Eighth Air Force to England.  Lt. Kelley had been overseas only six weeks when his plane crashed near Fontainebleau, France and claimed his life on November 10, 1944.  He was twenty-four years old.

The Evangeline Mission, where Bob was a preacher, was renamed for him as Kelley Memorial Baptist Church.

A second Kelley son, Bose, Jr., died in the D-Day invasion.  Al McIntosh, writing for the Rock County Star Herald, wrote on June 8, 1944, after learning that the expected invasion of France had finally taken place:

“This is no time for any premature rejoicing or cockiness because the coming weeks are going to bring grim news.  This struggle is far from over – it has only started – and if anyone thinks that a gain of ten miles means that the next three hundred are going to go as fast or easy he is only an ostrich.”

He was correct:  the grim news was only beginning.

Bose Kelly, Jr. enlisted in May 1942.  Bose graduated from Fair Park High School in Shreveport.  He was married to Betty Miller and working as a mechanic at Central Motor Company, a car dealership.  Bose volunteered for the Army Airborne, went to jump school and became a paratrooper.  Bose was part of the 507 PIR which became attached to the 82nd Airborne in 1943. The 507 PIR was activated at Fort Benning, Georgia on July 20, 1942 and trained there and in Alliance, Nebraska.  In 1943, the 507th PIR shipped out to Northern Ireland, then England, and it was in Nottingham where they prepared for the coming Allied invasion of France.  They studied sand tables, drop zones, and were given Hershey’s chocolates and a carton of cigarettes.

Bose was on a C-47, number 13 in his stick, as the plane lumbered through the fog banks toward Drop Zone T, near the west bank of the Merderet River.  Because of the fog and the incoming German flak, the C-47s flew faster and higher than anticipated which caused almost all of the paratroopers to miss the drop zone.  They were scattered over a 15 mile area.  The 507th was the last regiment to jump and by the time Bose Kelley’s C-47 was over the Cotentin peninsula the entire area was stirred up with flak coming from every direction. There were sixteen men in Bose Kelley’s stick and at least eight of them were killed that night.  The Germans had flooded the valley as a defensive tactic and some paratroopers, weighted down by equipment and unable to swim, drowned.  Bose Kelley was killed by a direct hit from an artillery shell.

Major General Paul F. Smith wrote in his Foreword to Dominique Francois’s history of the 507th,

“This regiment unquestionably received the worst drop of the six US parachute regiments dropped that night.”

Howard Huebner, who was number 3 in Bose’s stick, survived that drop.  He wrote:

I am a Paratrooper! I was 21 yrs old when we jumped into Normandy.

We knew the area where we were supposed to land, because we had studied it on sand tables, and then had to draw it on paper by memory, but that all faded as our regiment was the last to jump, and things had changed on the ground. Most of us missed our drop zone by miles.  As we were over our drop zone there was a downed burning plane. Later I found out it was one of ours. The flack was hitting our plane and everything from the ground coming our way looked like the Fourth of July.

When I hit the ground in Normandy, I looked at my watch.  It was 2:32 AM, June 6, 1944. I cut myself out of my chute, and the first thing I heard was shooting and some Germans hollering in German, "mucksnell toot sweet Americanos".

We the 507th, was supposed to land fifteen miles inland, but I landed three or four miles from Utah Beach by the little town of Pouppeville. I wound up about 1000 yards from a French farm house that the Germans were using for a barracks, and about 200 feet from a river, an area that the Germans had flooded. If I would have landed in the water, I may not be here today as I can’t swim. A lot of paratroopers drowned because of the flooded area.

Local writer Gary Hines spoke to Bose’s widow, Betty, for an article he wrote for the August 2000 issue of SB Magazine.  She told him, “He was going to win the war and come back home.”  Betty was married at 18 and a widow at 20.  She told Mr. Hines “We were both young enough to feel that he was coming home.  He wasn’t going to be one of the ones who was lost.”

A third Kelley son, Edgar Rew, was drafted into the Army in 1943.  He was sent to Camp McCain in Mississippi where he died five weeks later from an outbreak of spinal meningitis.  He never made it out of basic training.  He was 27 years old; he left behind a wife of five years.

The remaining Kelley brother was Jack.  Jack Richard Kelley was serving in the medical corps in Washington at Fort Lewis.  His father, Bose Kelley, Sr., wrote to U.S. Representative Overton Brooks and pleaded with him to prevent his oldest son from going overseas.   It is reminiscent of the scene in Saving Private Ryan where General Marshall reads the Bixby letter to his officers.  In this case, in a letter dated December 8, 1944, Mr. Kelley received word that his son Jack would remain stateside for the duration of the war.  Jack Kelley died in 1998. 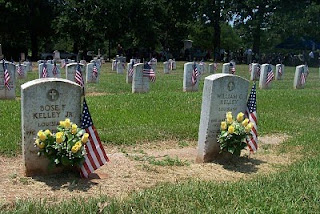 The bodies of Bose Kelley, Jr. and his brother William (Bob) were buried in separate military funerals in France but were returned to the United States in September 1948.  Bose and his brother now rest side by side in the veterans section of Greenwood Cemetery in Shreveport.  Their brother, Edgar Rew Kelley, is in a civilian cemetery across town, the Jewella Cemetery on Greenwood Road.  Their father, who pleaded for his fourth son to be spared, died just one month after Bose and William’s bodies were buried in Greenwood Cemetery.  It’s as if he was just waiting for them to come home.

As we observe this 70th anniversary of D-Day, we remember the sacrifices of young men like the Kelleys all across the country. Their name belongs alongside the Sullivan brothers, the Borgstrum brothers, the Niland brothers, and the Wright brothers.  It is their heroism and their sacrifice, along with that of so many others, that we remember and honor.

For further reading:
Veterans Return to Normandy for D-Day Anniversary
D-Day at 70:  Historic Photos From the Invasion of Normandy
D-Day Veteran Remembers Sword Beach
D-Day Veteran:  I Don't Want Them to be Forgotten
The National WWII Museum: Timeline, Maps, Videos and Photos of D-Day
The 507th PIR Unit History

Posted by Pat Austin Becker at 8:36 AM No comments: