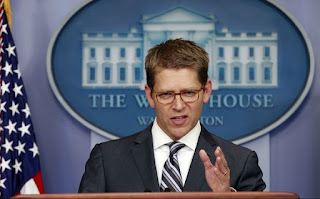 Bing West at National Review has a very compelling piece on Benghazi in response to former secretary of defense Bob Gates who on Sunday launched a defense of the Obama administration's lack of response to Benghazi.

The administration is sticking with its "Benghazi is just a circus put on by the Republicans" line, right down to Sen. Harry Reid who today continued to claim that the Republicans are only interested in giving Obama a black eye and taking shots at Hillary Clinton which is why they are trying to find out why four Americans were killed and nobody has been brought to justice.  Reid also continued to blame the Republicans for refusing to fund embassy security, a lie which has been totally debunked by Charlotte Lamb and also here in this Heritage Foundation report.

If Benghaz is a side show, Harry Reid and Jay Carney are the clowns.

On Sunday, Mr. Gates claimed that sending the military in "without having any intelligence in terms of what is actually going on on the ground would have been very dangerous."

Let’s do a quick review: The CIA did send in seven fighters; four special-forces soldiers in Tripoli were ordered not to pitch in; the Marines on Sigonella wanted to help; and there was nothing more to face than a mob inspired by a video (accoridng [sic] to the administration). But for the Pentagon, the risk was just too great.

Message to those who were already fighting on the ground in Benghazi: You are on your own. SecDef believes it’s “very dangerous” to go into combat.

I'm not sure what more intelligence was necessary besides the real-time video they had at the Defense Department combined with Greg Hicks on the phone with Hillary Clinton at 2:00 reporting that Ambassador Stevens said they were "under attack."

Are we to assume that our military is no more flexible than that?

What signal does that send to the world?  Go ahead and attack wherever you like because the military needs time to prepare a response, so you can attack freely, or as Jay Carney might say, in an "unfettered" manner.

Any military veterans out there care to respond?