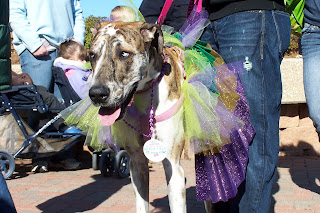 It was a lovely afternoon for a parade!  An animal parade, that is.  A bit cool outside, but in the sun it was just right.  All the wind from yesterday has blown away and we were left today with clear blue skies.

Steve and I headed downtown to the riverfront to catch the 2012 Barkus and Meoux Parade.  The Barkus and Meoux Krewe began in 1999 and their mission is to develop, foster, and promote programs to benefit abused, neglected and homeless animals, as well as promote responsible pet ownership with public education about a voluntary spay/neuter program.

Steve and I like to get there early and walk around looking at the animals, the costumes, and the vendor booths.

The dog park booth was our first stop: 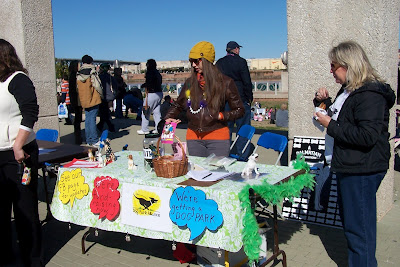 The Shreveport Dog Park Alliance is raising money to build Shreveport's first dog park.  I don't think my dogs are socialized enough to go to a dog park (they think they're the only dogs in the world) but we support the idea anyway.

We also visited The Canine Cabana booth; who wouldn't support a doggie spa and resort?! 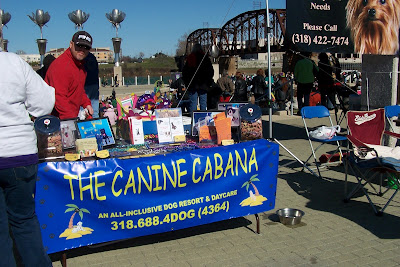 We stopped to check on the hunt for little lost Cheeto who has been missing a few weeks now.  Cheeto disappeared from the Broadmoor area and was picked up by a lady in a blue SUV.  Cheeto has three legs and special needs but so far no one has come forward to return Cheeto. 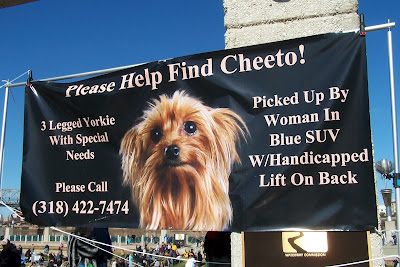 There are flyers all over town so whoever has Cheeto must know that someone is trying to find this dog.  Sad.

UPDATED:  Cheeto has been found!  via Yogie and Friends:


For those of you who have been following the missing three-legged Yorkie, Cheeto, we are happy to report that HE HAS BEEN FOUND. He is pictured here in the arms of his estatic owner, Debbie Cowen. He has been missing since January 18th, so this is a true miracle for them. Thanks for all who were diligently watching and searching for Cheeto. Now Debbie can eat and sleep again. Lol! Welcome back Cheeto!

The kids area was busy: 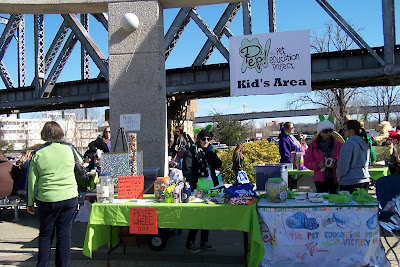 The crowd began to fill in with people taking seats on the terraced lawn facing the river: 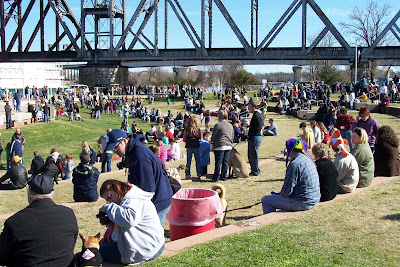 And oh, the animals!  We saw a miniature horse: 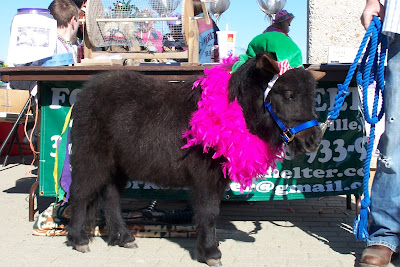 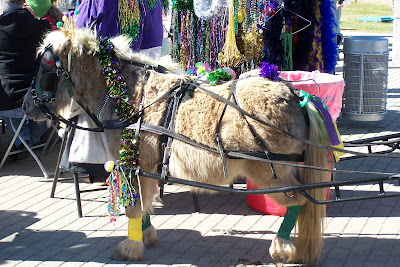 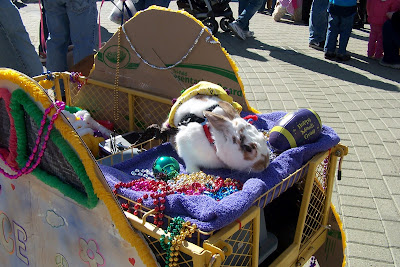 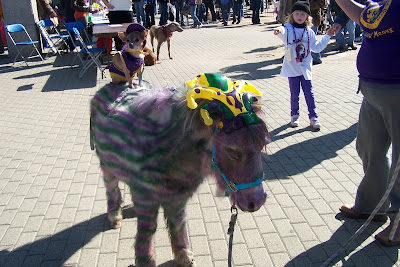 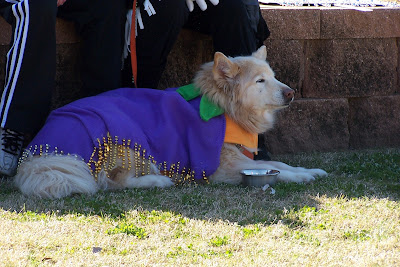 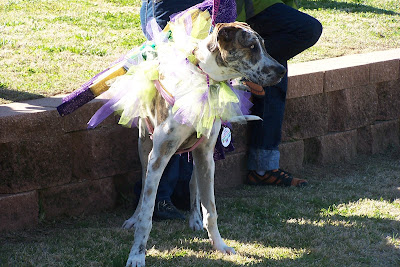 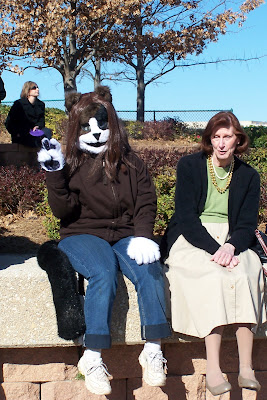 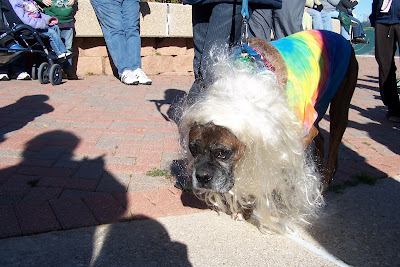 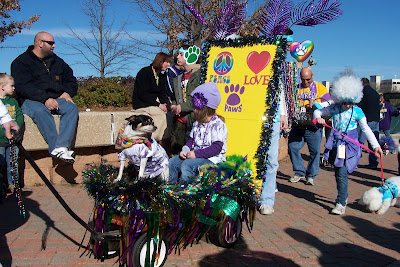 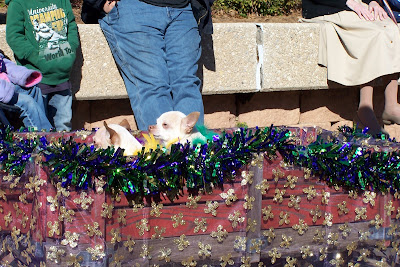 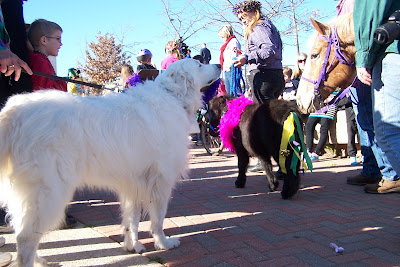 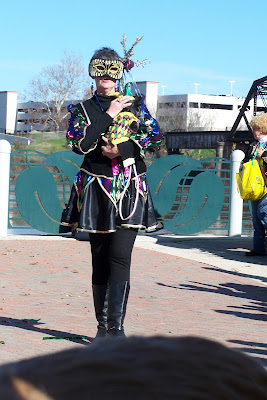 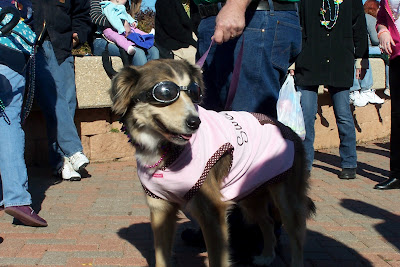 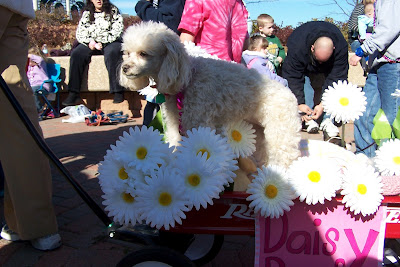 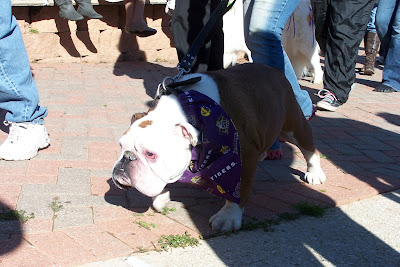 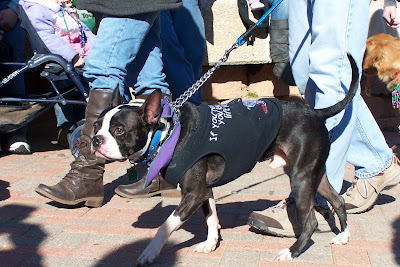 There were lots more.  I'll post The Times gallery link when it's up.

This is a great family event and I think the animals have more fun than the kids.  I've never seen so many happy dogs in one place.   In this parade there are more dog treats thrown than beads.  There are as many dogs watching the parade as there are IN the parade.  Good times for all.

Our next Mardi Gras event will be Sunday - the Krewe of Highland Parade!

Added:  The Times story.  And The Times photo gallery.
Posted by Pat Austin Becker at 4:59 PM