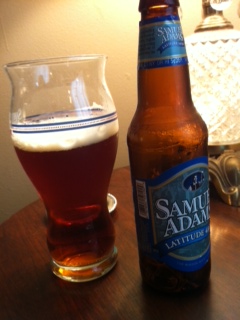 IPA Day was founded in 2011 to celebrate craft beers and the entire craft beer culture.  Read more about the founding of IPA Day here.

Today is a day to celebrate hoppy, citrusy, delicious India Pale Ales. Yes, this “holiday” is as contrived as National Cupcake Day or National Bosses Day. And no, it’s not as if the IPA -- or its cousin Double IPA -- is an endangered species, as a visit to any taphouse will demonstrate. But if National IPA Day is an excuse for bars to pull out some rare or fancy beer for us to sample, I’m all for it.


New Jersey Online offers this list of IPAs for your consideration:


The official IPA website offers this list of "the best IPA names":
What's not to love about a good, hoppy IPA?!

I've tried several IPAs (some of which I can't remember...) and my favorite is the Sam Adams Latitude 48 IPA.  Abita Jockamo is another great one.  Red Hook does an okay IPA, too.

Craft Beer offers ways you can participate in IPA day here and there are several Facebook pages devoted to the event.

"Hop" you get the chance to participate with a good cold one today!