Can the Violence in NOLA Be Alleviated With "Equity Circles"? Mitch Landrieu Thinks So.

This blog post is a revised and updated one from my November 28, 2016 column at DaTechGuy blog. With the decision from the 5th Circuit imminent on the Confederate Monuments, I wanted to bring my work at DaTechGuy over to this blog so it is available both places. At the bottom of this post I've linked previous columns on the subject. You can read today's post at DaTechGuy. 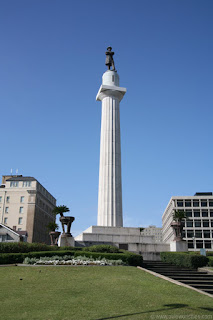 “It will be back to business as normal. Nobody cares.” That statement from a woman who has worked in the French Quarter for six years is simply tragic.

Early Sunday morning, November 27, around 1:40 a.m., ten people were shot near the intersection of Bourbon and Iberville in the historic French Quarter. The gunfire sent tourists and locals running in panic. Some of the clubs closed their doors to keep out the violence. One of the reported shooters is dead and there are several arrests. It’s a tragedy all around but the sad thing is that this happens in NOLA more often than not – it’s only when it gets close to the tourist areas that you hear about it.

New Orleans is a beautiful, culturally diverse, fascinating city. Under the guidance of mayor Mitch Landrieu it has degenerated into a violent, lawless disaster. I hate to say it because I love New Orleans. It’s a city that gets in your blood and lures you back. The food, the music, the eclectic street vendors, and the people above all, are for the most part intoxicating.

Sadly, the policies of Mayor Landrieu are going to kill the tourist trade if something isn’t done. Landrieu is more focused on things of lesser importance than the blood in the streets, things like removing monuments, for example. Landrieu spent much of 2015 fighting against the four major Confederate monuments in the city. I’ve written about that issue here, here, and here on DaTechGuy blog. Once that issue was safely nestled into the lengthy court dockets and appeals process, Landrieu moved on to gun control laws. A decision on the monuments is imminent from the U.S. Court of Appeals and tensions are already high.

In April 2016, Landrieu proposed a new series of gun control laws which was passed and signed into law in September. Most of the ordinances are already on the books so it was an exercise in redundancy at best. New Orleans had 165 murders in 2015, up from 150 in 2014. As of October 17, 2016, NOLA is on pace to meet or exceed that number with 134 murders. Note that number does not include shootings that don’t end up as murder statistics, such as those nine non-fatal victims in this most recent shooting. As of today, December 22, that murder number is now 172.

Recently a commander of the police department issued a warning to women not to travel alone after dark in the city due to a rising number of robberies and car jackings:

“I would suggest to any female, if they can prevent it, do not travel alone overnight,” said Second District Commander Shaun Ferguson. “If you absolutely have to, stay on the phone with someone and let them know where you’re going. Keep them abreast of your whereabouts.” A female college student from Tulane was carjacked early Tuesday when another car struck hers from the rear. As she got out of the car, three men from the other vehicle got out and one of them pushed her to the ground. That man got into her car, while the other two jumped into their vehicle and fled.


The Confederate monuments are clearly not the problem; the problem lies in Landrieu’s failure to address the violence in the streets in any meaningful fashion. In recent protests at Lee Circle after Trump’s election, vandals were tagging the monument and other prominent buildings with paint, setting fires on the lawn at the circle, blocking traffic, and running rampant through the streets. Unconfirmed reports were that Landrieu told police to stand down and let them “peacefully protest.”

There is a small group of private citizens who watch over the monuments in New Orleans. They patrol nightly to ensure that no vandalism is occurring and should someone tag one of the monuments, the group removes it quickly. Citizens are policing their own city because the mayor has ginned up such hate and divisiveness that it’s the only way to protect the history and culture of the city.

And the locals are worried: with Mardi Gras season just around the corner, how will the increased violence affect tourism? Will it be safe to go into massive crowds to attend parades? The comments on news reports of the most recent shooting indicate people’s anxiety:

“And this is why we no longer stay in NOLA…..Mayor Mitch Landrieu and his city council need to concentrate on crime and not on tearing down history….We will be staying in Biloxi next weekend for the Saints game! So sad……”

“New Orleans is out of control. Our Mardi Gras is going to be a blood bath if things don’t change and I don’t see a change coming.”

Landrieu's latest plan to combat the violence? Equity Circles. No, I'm not kidding: 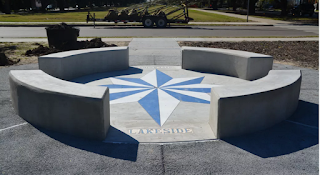 At 2 p.m., the entire community is invited to participate in the unveiling of the Equity Circle. In collaboration with the Department of Parks and Parkways, the Equity Circle is designed to bring together diverse groups of New Orleanians to share stories and experiences, build relationships and learn from each other. The Equity Circle will create a more attractive neutral ground for the community and enhance the beauty of one of the most diverse neighborhoods in the city. It will bring residents of all backgrounds and experiences together for one reason—to create a better, stronger New Orleans.


New Orleans is stuck with Mitch Landrieu until 2018. That’s almost 200 more lives in the balance.

This country has become obsessed with symbolism. If we eliminate symbols of the Confederacy then racism will disappear. If we use the correct nomenclature for each ethnic group then we will have eliminated racism. If we create a "go fund me" account for one sick child we have eliminated childhood cancer. If we build "Equity Circles" we will create peace and good will across America.

We need quick and easy solutions even if they don't work, because we aren't willing to be told that solving our problems is hard. We don't do hard. Kennedy's famous quote about the space program would have to read today, "We will not do these things today, because they are hard, and we choose not to do hard things."

@Jayhawk - I love your comment. So true. And the Kennedy quote is spot on. I love that speech - I show it to my 10th graders every semester.