On the Writing Process and oh hey, I'm Writing! 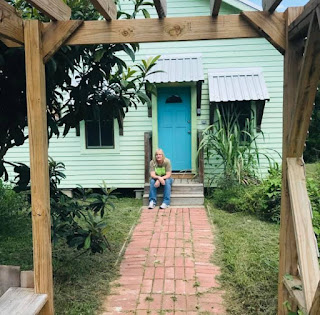 Wow - I remembered the password to this thing. It's been a minute since I've posted here. But I have news, sort of.

I am writing again.

It is so strange. The writing process, I mean. For me, anyway.

For twenty years as an English II educator, I taught To Kill a Mockingbird by Harper Lee. My school was on block schedule and that means I taught the novel three times a day for both semesters. There was the occasional semester when I had yearbook, or seniors, juniors, but it is safe to say that I taught the novel many times. One of the questions kids almost always had was, “What else did she write?” “Is there another novel?” Well, at the time, there wasn’t. Lee’s Go Set a Watchman had not yet been released. It seemed so difficult to figure out – a novel as great as Mockingbird, why didn’t she write another?!

I don’t have that answer, really. Maybe she just told her story and that was all she wanted to say. But I know a little something about the writing process, if only from my own experience.

After my biography of Cammie Henry was finished, the well was dry. I don’t know how else to explain that. I couldn’t write a grocery list. I quit blogging, for the most part. I still did a little blogging but nothing I was really proud of. When I traveled the state to speaking events for Cane River Bohemia, an audience question was always, “What are you working on next?!”

And there is a Book Two in progress, but I didn’t write it, really. Book Two is a compilation of Caroline Dormon’s short stories. Dormon is often described as “the mother of the Kisatchie forest," but she was so much more. Such a fascinating woman who did so much, but just the thought of writing a biography of her left me exhausted. Fran Holman Johnson’s biography of Dormon is perfectly fine.

I invested so much of myself, my time, my energy, my soul, into Cane River Bohemia; it was a labor of love and of passion. I firmly believed that Cammie’s story needed to be told and nobody else had done it, so I would do it. I was immersed in that research, in their lives, in her story. I celebrated Lyle’s first book with them, I laughed hysterically at their antics along Isle Brevelle. I cried when Lyle died and I wrote those scenes, and I cried when Cammie aged and died. When I read her diary of her son Isaac’s suffering and death of the Spanish Flu in 1918, I cried all the way home from Natchitoches.

I was exhausted; the well was dry.

Compiling Carrie’s stories wasn’t really writing. I think they need to be shared and I’ll celebrate when the Foreword is done and the book is in the hands of the publisher. (I am not writing the Foreword, obviously).

But writing is so much of who I am. I have blogged for over a decade in multiple places and under a couple of names. I compose sentences in my head all the time. I celebrate beautiful writing wherever I see it and so often I’ll tell someone to read a certain book: “The writing is beautiful!”

But my well was dry.

Then this weekend, out of nowhere, an idea came. It’s not a book. At least, not yet and maybe not ever, but I am writing. This is how it happened.

So many people, since Steve and I have been going to Arnaudville five or six times a year for the past four or five years, people ask me where we go, where we stay, what to eat, and so on. I’ve had several of these recently and so I sat down and decided to just write out a blog post, a sort of reference guide, of these things.

But then it took on a life of its own. Before I stopped, I was 4100 words and six single spaced pages into this and haven’t scratched the surface. I told Steve what I was working on and he cocked his head curiously and said, “But people will think what we do is boring as….”, and I started telling him what I’d covered so far. He started to see where I was going and before long, we were laughing and reminiscing about certain events and he was contributing places I’d forgotten about.

Whatever this thing is that I am writing, whatever it turns out to be, doesn’t really matter; the dam is open. The words are there, the ideas are there, and they are torrential. I can’t stop them.

One thing that helps my writing process so much: a playlist. All through Cane River Bohemia I sat at my desk, headphones jammed in my ears, and listened to the same playlist as I typed. Songs I love, songs that speak to me, that make me happy. Nothing depressing on there, nothing sad. It is my writing playlist and whenever I would hear one of those songs somewhere else, it took me back to my desk, to Cammie, to Melrose.

My playlist has evolved some since then, and I simply added some new things to it as we have traveled in Cajun country. I now have a fair representation of Zachary Richard, Rod Bernard, D. L. Menard, plenty of Swamp Pop, Cajun, and Zydeco. My Cammie playlist now has a Cajun flavor which is appropriate because she was a fiery Cajun girl from around Thibodeaux, and for a little while her spirit lived in me.

I’m not saying what I’m working on is going to be a book; probably nobody wants to read about my south Louisiana travels, but I’m just going with it for now, happy to be writing again. Happy to have ideas and sentences again.

The writing process is a weird thing.

Imagine people like Michael Connelly or James Patterson that put a book out every six months especially Connelly.