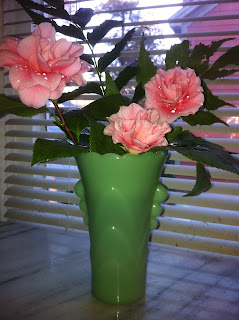 The camellias are starting to bloom but it's clear that mine have suffered from the drought last summer.  I spent a little time this afternoon pruning dead wood from my camellia bush and now I'm hoping it makes a comeback this summer.

But when the camellias start to bloom I know spring is not too far behind.

Mr. SIGIS and I had a busy Saturday and a lazy Sunday which is just about a perfect weekend.

Saturday I hit up a couple of estate sales early in the day then we headed over to Minden for the kickoff of Mardi Gras with their German Fasching celebration.  We had a grand time catching beads and watching the infamous Milly Rose dancing in Main Street along with the parade (video below).

My shopping treasures this weekend include this pretty jadeite vase (left).  I also picked up an old "depression era" green water bottle.  I remember we always had one of these in our refrigerator when I was growing up and it just reminded me of my childhood so I bought it.  I also bought an old Kosmos Brenner brass oil lamp.  And finally, Milly gave me a beautiful depression glass pink serving tray which I adore.  So as far as treasures go, it was a great weekend! 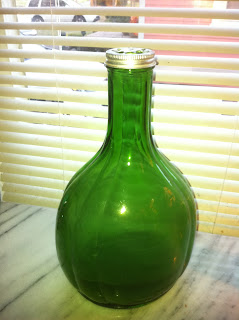 Today we've moved at a slower pace.  I did some much needed housework, went to my mom's and took care of her, then Steve and I took the rest of the day off.  We sat on the deck in the sun, drank a beer, and watched the dogs play and visited with our neighbor for a bit.

I'm disgusted with the Republican race right now.  Like Pundette, though, I'm "bitterly clinging" to Rick Santorum as long as I can.  Deep inside I'm just enraged at the ignorant establishment at the head of the Republican party who has put us right back in the same mess we were facing in 2008.  I can't even verbalize just yet how pissed off I am at the state of things.

The Other McCain is still filing great "on the road" coverage of the campaign - this time from Florida.

Speaking of the bone-headed Republican establishment, Sister Toldjah wonders if they're out to get Allen West.

Legal Insurrection points out the "scorched earth" tactics of the Romney campaign.  It's not pretty, folks.  Not a bit. 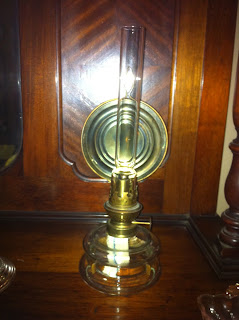 American Power thinks Sarah Palin is endorsing Newt (video at the link).  I'm actually surprised; I'd have thought her to be more of a Santorum kind of gal.

Global warming is out; Cycle 25 is IN.

Be sure to check out The State of Our Disunion at Political Clown Parade.

All in all, this campaign has gone somewhere very ugly.  It doesn't do any good to think about what could have been at this point but there's a lot of that going on inside my head.  It does seem as if Mitt and Newt are eating each other alive and quite possibly Rick Santorum will be the last man standing.

Oh well.  Much will be made of the Florida primary and let the chips fall where they may.  ABO in 2012.

I love the water bottle and vase! I must go shopping with you!!!