A Parade to Soothe the Soul 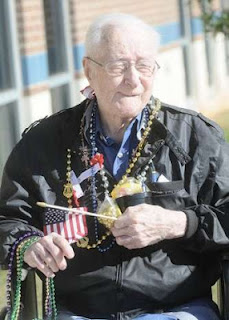 When I woke up this morning with the bitter taste of defeat in my mouth from last night's capitulation into socialism, I knew it was going to take more than a cold Diet Coke or a cup of hot coffee to set me right.

I was off work today to attend my mom's heath plan meeting at The Glen and to tend to some of her business matters but all that was not until after lunch, so this morning Steve and I headed over, bright and early, to the War Veterans Home in Bossier City to participate in the Veterans Parade with our American Legion friends.

The War Veterans Home is a beautiful, relatively new (2007) facility that sits on the Red River.  It is a 156 bed facility that also offers a fishing pond, a pier, and an activities building.

I couldn't think of a better group of people to spend the morning with after last night.  It did my soul good and it was a lot of fun. 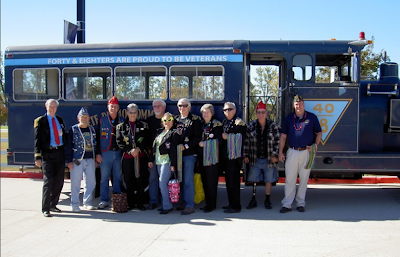 The parade was held in conjunction with a ceremony inside the facility in which some twelve veterans received the Louisiana Veterans Honor Medal for their service. Several local groups took part in the parade including the Patriot Guard Riders, the 40 & 8 Voiture 137, Parkway High School Band, Choir, and Flagline, and a couple of local ROTC groups. 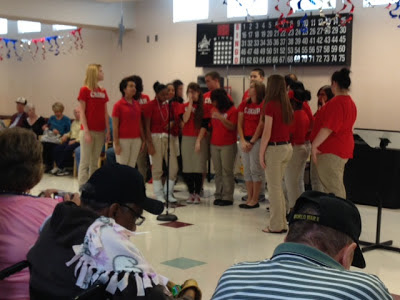 Steve and I were privileged to be invited to ride in the parade and throw beads to the crowd. 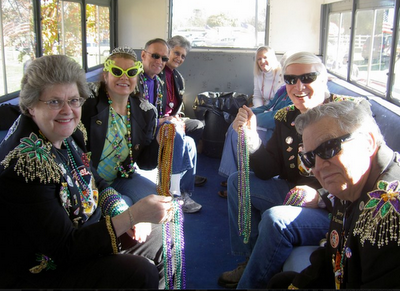 The veterans were lined up outside as were nurses and family members. 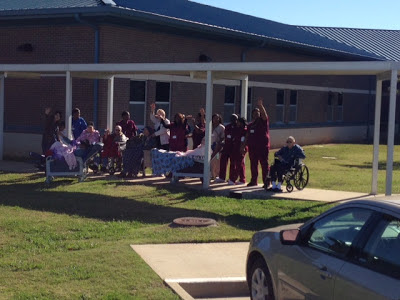 After the parade the Parkway choir sang patriotic songs.  It was pure joy listening to some of the vets sing along.  Then there was a flag folding ceremony and the medal presentations.

And of course, there was cake: 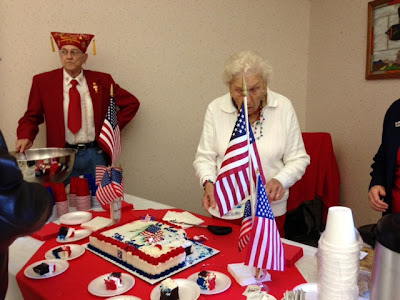 I left after the ceremony to make my meeting at The Glen and Steve stayed to visit with some of the veterans.

The Shreveport Times has a nice photo gallery.

There are plenty of Veterans Day Activities scheduled locally.  And if you aren't local, find some in your area.  It'll do your soul good and will brighten a vet's day.