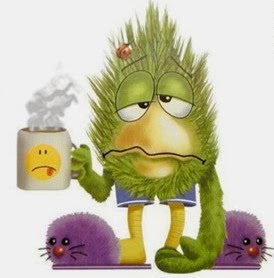 It's a beautiful and sunny outside but still a little cold for my tropical taste and I'm still fighting off a cold, so I'm sitting in the warmth of my big picture window watching the neighborhood and enjoying some homemade vegetable soup.

I spent some time this morning reading Asra Nomani's piece on Daniel Pearl, then ran a few errands, and am now settled in for the afternoon.  (I drove by the Centenary baseball field where it looked like they were practicing and longed to go in and watch, but I resisted the urge.  Two more weeks until the first home game.)

It sounds like a good time for a little linky-love.

Stacy McCain has a lengthy response to Paul Waldman's column in The American Prospect in which Waldman tries to make the case that the Republican party can't help themselves from alienating women.  Read Stacy's reaction.

On a related note, The Lonely Conservative was not offended by Mike Huckabee's comments.

The Reaganite Republican discusses the RINO amnesty plan.  And Michelle Malkin also examines the role of the Chamber of Commerce in this.

American Power takes a look at the new agenda for the Republican Presidential nominating process.

Da Tech Guy has a guest post by Gary Goldman about the postal workers union and their kerfluffle with Staples.  I don't know much about running a post office but it's easy to see why the post office is losing money.  My local post office building is in decrepit condition and the self-serve machines never, ever work.  I bought stamps at the grocery store today because sometimes you just need stamps; I pay most of my bills electronically.

The Foundry's look at "Obama's Foreign Policy to Nowhere" is blistering.


Since the start of his second term, Mr. Obama has exhibited a pretty clear idea of what he wants to do in the world—and that is to have as little as possible to do with it until he gets out of office. The President’s primary objective appears to be “no more Benghazis”—just ride out the second term, go build a library, and then mimic the line of his first former defense secretary: “Hey, everything was fine when I left!”

Sister Toldjah takes on those who would portray Wendy Davis as a "victim;" she's not.

Fausta has some interesting observations on the preservation of Cuba.

Professor Jacobson has a clever CI round-up and notes the loss of, well, The Professor.

Does Obama want to eradicate capitalism?  Check out Doug Ross

Marxism for Morons over at Wyblog..

My friend Mike was at Huntsville this week for the execution of cop killer Edgar Tamayo.  Be sure to read his post on the dramatic evening.

Adrienne noted the observance of National Handwriting Day this week; she has lovely handwriting!  I've taken to writing letters again to some folks.(That's why I needed stamps).  I have a relative in Mississippi who is actually from Argentina and she writes the most lovely letters ever; I treasure them.  It's a lost art.  Really.

Obi's Sister has a beautiful tribute to her father.

Political Clown Parade notes that our National Airhorn has more than a little hubris.

You know, it's the little things in life that make you happy, sometimes.  One of the (many) sucky things about 2013 was that my favorite local band, Soulfish, broke up.  All good things must end.  While composing this linkfest I got a message from my friend Julia that there will be a quasi-sort of semi-reunion at a local joint tonight with some of the members.  One of those spontaneous deals.  I'm so freakin' excited I can't focus.  I'm fighting off every cold germ in north Louisiana right now and eating ibuprofin at an alarming rate, but I'll be there tonight.

It's the little things!

Thanks for the linkage!