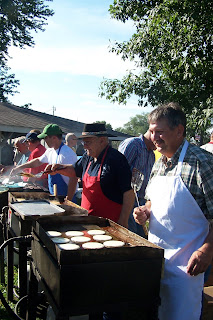 For this week's FMJRA I'll share a few of my favorite pictures of a previous Iowa Fourth of July.  You know, those darned Fourth of July parades are only for Republicans anyway and darned if you don't go into one a Democrat and come out a Republican, at least according to that Harvard study that came out this week.  Lamoni, Iowa has a nifty little July 4th parade and Allendale, Missouri (pictured left) has a super nifty July 4 breakfast every year.  If I leave now, I can probably make it for pancakes and home made sausage!

I don't want to belabor the point but Obama's press conference this past week was simply astounding and I guess I'm not the only one who feels like that.  Professor Jacobson is still shaking his head about it too, as is Bob Belvedere.  And at Frugal Cafe, Rep. Joe Walsh says Obama acted like a 10 year old.

Be sure to read "The Sermon on Iwo Jima" at Doug Ross's place.

Bride of Rove has the perfect explanation for my ankle injury. 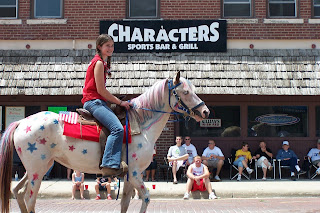 In the spirit of July 4, hop over to Pecan Corner for John Wayne and the Pledge of Allegiance.

The Other McCain reminds you that Obama just wants to raise your taxes.

Donald Douglas updates on the Amazon tax in California. 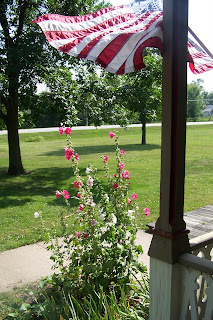 I can't even begin to fathom site stats like this.  Seriously.  Somewhere along the line I lost my obsession with site stats, and for that I'm glad.  It makes blogging more fun.

Be sure to catch the recap of Obama's weekly address at The Pirate's Cove.  Priceless.  And then go over to Reganite Republican for Reagan's 1986 Independence Day speech.

When you're finished with this round-up be sure to check out Adrienne's round up and then Paco's.

Mind Numbed Robot reminds us to exercise caution in picking the Republican nominee.

Pundette has a guide for the Fourth of July, starting with Nanny State Rules from Huff Po.  Doug Powers at Michelle Malkin follows suit. 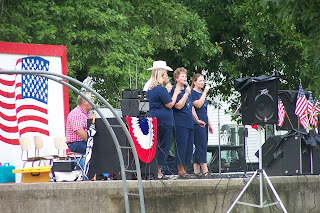 Backyard Conservative posts on the Dems and class warfare.

And that's about it for this week.  I'm off to refill the ice bag and see if a beer helps the old ankle.  What are you doing for the holiday? 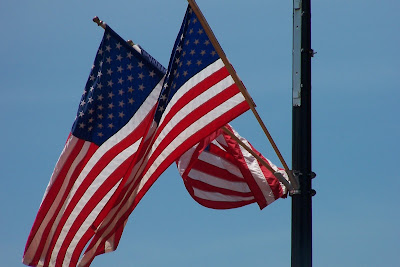 What, no public appearances for Oblahblah in Iowa over the week-end? Either he's slipping or Michele needed AF-1 for the weekend.

love the pics. the last 2 years, we got tenderloins at grandma's house and sat on mom's patio to watch the parade. the street is 10 feet away and we don't have to fight the little kids for candy!

Thanks for the link, Pat. Hope your foot gets better, like mucho pronto. Maybe you can bribe some kind soul to bring you a plate of BBQ :)

-Gotta look on the bright side, Pat: it gives you more time to read and be waited upon, too!

-Happy Fourth to you and yours.

-And thanks for the linky love [my head hurts from shaking it so much].

Have a super weekend, Pat