Overruling Urbina - One for the Good Guys 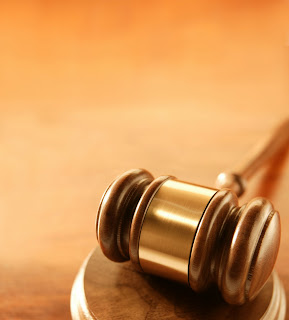 It was with interest, and some relief, that I read the D. C. Circuit Court of Appeals reversed Judge Ricardo Urbina's order that 17 Uighur detainees be released in the United States.

You may remember that in the last days of the Bush administration, Urbina ordered the release of 17 of the Chinese Uighur detainees into the United States. This all began with Boumediene v. Bush in which the Supreme Court decided basically that Gitmo detainees are entitled to the right of habeas corpus. As soon as that ruling came down I did an immediate WTF??? It just did not compute, does not make sense. Justice Kennedy wrote the 5-4 decision.

Andy McCarthy at NRO asks the question: "So, the question naturally arises, was Justice Kennedy's rationale limited to habeas corpus (the only right at issue in the Boumediene case) or did it extend to all rights under the Constitution? The D.C. Circuit (at least two judges thereof) says it does not apply to the due process clause. "

I'm still in disbelief that anyone would even consider giving terrorists U.S. Constitutional rights, much less import them into the United States. Aren't we trying hard enough to keep our borders safe without actually inviting them in?

At any rate, more sensible minds have prevailed and the Chinese Uighur terrorists are once again cooling their heels until we figure out what to do with them. Who are these guys, you ask? I mean, the U.S. has cleared them for release so what's the big deal, right?

Lt. Col. Gordon Cucullu in Inside Gitmo writes about them. He says, "Just to be clear, these men are not choirboys who strayed on the path home from church services. They were captured in al Qaeda camps in Afghanistan, in which they were by their own admission undergoing training so that they could return to China to be terrorists supporting an independent Uighur Islamic nation."

This is why we can't send them back to China - we are fairly certain that they would be tortured.

By the way, you want to know how "badly" these guys were treated at Gitmo? Once they were cleared for release, once we determined that they had no further intelligence to offer, they bided their time at Camp Iguana at Gitmo, "confined, but with an ocean view, communal living, good food and satellite TV." That was a pretty decent deal, probably better than they had it in Afghanistan, until they smashed their living room and their wide-screen TV.

Andy McCarthy suggests, and I agree, that we've not heard the last of all this. I mean, consider the possibilites. BHO has signed the ExO to close Gitmo. But he doesn't know where to put these people. Despite Murtha offering to take them back to his district, where really can we put them? Trust me, these are bad people. I'll get more into this in another post, but you can NOT integrate these guys into the traditional U.S. prison population. It's a totally different deal.

So for all that, I give Judge Ricardo Urbina my Dumbass of the Day award. Is he trippin'? Release these guys into the U.S.? Terrorists? Seriously?
Posted by Pat Austin Becker at 7:20 PM