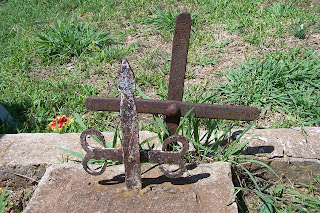 I'm dubbing this week's FMJRA the "Recovery Edition" because I've spent the day recovering from our whirlwind 36 hour trip to Natchitoches this weekend.  I got up and did the yard this morning before the heat got up, did laundry, and just tended to things around here that needed to be done.  Threw steaks on the grill for dinner and that's about the extent of it.  Hopefully tomorrow I'll be up and kickin' again, but for today, well, I've been slow motion.  Getting too old I guess!  I'll spread some more Natchitoches pictures throughout this post.

While I was touring plantations, drinking beer in pubs, and strolling up and down historic Front Street, however, the world has continued to turn and Obama has continued to stun even me.  Let's check out the links:

Let's start out with Doug Ross this week who gets the "most chilling" headline award for the week. 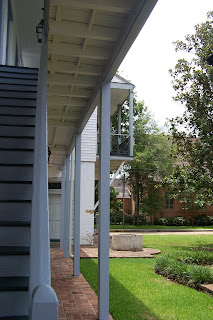 Wyblog reports on the shortcomings of green power as it relates to your electric clocks.

At Pirate's Cove, the House is attempting to hogtie Obama's dreams of amnesty.

The Conservatory covers Obama's flub on the Medal of Honor recipient.  Pundette covers this story as well and as usual, absolutely nails it.

Ed Driscoll has an excellent juxtaposition for you.

Paco has found a field of study cut out exactly for me.  "Dr. Pat" indeed!

The Other McCain has a "Why I'm a Democrat" video you have to see to believe. 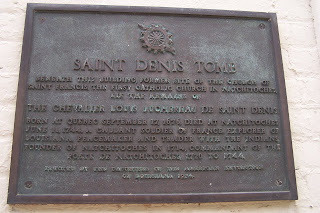 Texas is launching license plates to commemorate the Confederacy and Bungalow Bill goes ballistic on idiots who act idiotic about the Confederate flag.

Fuzzy Logic has had it with the "Obama is a genius" meme and has a roundup to contradict it.  It's great; I'd forgotten about some of those.

Jimmie Bise at The Sundries Shack has had it with Hillary Clinton and her definition of what is and is not patriotism.

Via Saberpoint, you may not be allowed to photograph or video tape public meetings depending on where you are.  Absurd.

Pecan Corner is feeling the love for Rick Perry.

And that will wrap up this week's FMJRA.  If you linked me and I missed you, send me an email and knock me on the head.  I'm not working at full speed just yet.

Enjoy the rest of your weekend!
Posted by Pat Austin Becker at 8:41 PM

Thank you for the link! I appreciate it. I have not been able to figure out how to get one to show up under "Links to this post" when I link one. Did Blogger finally make it easy or do you have a clever app for it?