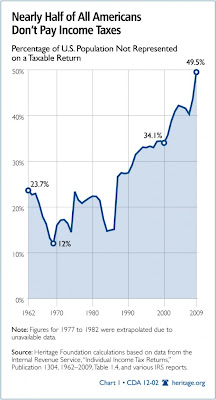 Stephen King has stepped off the rails and is now an economist.  In a juvenile, profanity laden, editorial for The Daily Beast, King demands that the rich, himself included, be compelled to pay more taxes.  Mr. King spends as much time insulting Chris Christie in the piece (fat jokes are pretty juvenile if you ask me) as he does advocating higher taxes for the rich.

Blasting Mitt Romney for refusing to apologize for being rich, King writes:

I don’t want you to apologize for being rich; I want you to acknowledge that in America, we all should have to pay our fair share. That our civics classes never taught us that being American means that—sorry, kiddies—you’re on your own. That those who have received much must be obligated to pay—not to give, not to “cut a check and shut up,” in Governor Christie’s words, but to pay—in the same proportion. That’s called stepping up and not whining about it. That’s called patriotism, a word the Tea Partiers love to throw around as long as it doesn’t cost their beloved rich folks any money.

King, and other liberals like him, fail to ever recognize or acknowledge that what we have is a spending problem.  Let's address that little problem before we start hammering the top ten percent for more dough.


Revisit this article from the Wall Street Journal a year ago which points out that the top one percent pay 38% of the taxes in this country.  Nearly half of the American population pay no income taxes whatsoever.  You want to talk about paying your "fair share"?  What's "fair" about that?


King points out that the uber-wealthy voluntarily donate millions each year (himself included) but fails to address the issue of Apple shaving billions off their tax bill by taking advantage of legal loopholes and funneling their dough overseas.  Their tax bill is about 9.8%.  Not bad.  Paying their "fair share," are they, Mr. King?


In truth, if the rich were taxed at 100% they wouldn't be able to cover the grand entitlements expansion that Obama has saddled us and the next generation with, and that is, as the Wall Street Journal points out, BEFORE Obamacare kicks. in.


One of the biggest problems with the Obama administration is that it kills jobs. Do we need a list? Start with the Keystone pipeline. Energy crushing EPA regulations have shut down coal fired power plants and cost jobs. The Gulf moratorium cost countless jobs and not just in the drilling sector but on land too in all those businesses that cater to and support the drilling industry. Need I go on?


It doesn't take a rocket scientist (oh and we killed those jobs too at NASA) to figure out that businesses aren't hiring because of the crushing Obamacare mandates coming down the pike. If you keep an employee at part-time you won't have to pay for his hip replacement later.


When did it become a crime to be rich in America, anyway? Instead of falling into Obama's class warfare rhetoric,  Mr. King should stick to his writing career. Then he can make more money and pay more taxes.

On January 1st, 2006 John Grisham had an editorial published in the NY Puke on the slow pace of recovery in the Gulf Coast post Katrina. I sent in a letter refuting it (of course not published) with this opening addressing Mr Grisham, “Bottom line up front, stick to fiction.” That I think applies here.

I read Mr King’s tripe and I’m astonished a writer of his accomplishment cannot compose simple argumentative prose. The profanity aside he goes from one tangent to another with no plot or point building on another.

“...the richer rich people get, the more jobs they create. Really? I have a total payroll of about 60 people, most of them working for the two radio stations I own in Bangor, Maine. If I hit the movie jackpot—as I have, from time to time—and own a piece of a film that grosses $200 million, what am I going to do with it? Buy another radio station? I don’t think so, since I’m losing my shirt on the ones I own already. But suppose I did, and hired on an additional dozen folks. Good for them. Whoopee-ding for the rest of the economy.

At the risk of repeating myself, here’s what rich folks do when they get richer: they invest. A lot of those investments are overseas, thanks to the anti-American business policies of the last four administrations. Don’t think so? “

Legit point on the anti-American business policies but he puts his lack of business skill on full display. If he’s loosing his shirt on these two radio stations he needs to either change them to a profitable enterprise or get rid of them. The fact he has not discovered this (or just won’t) tells me enough of his economic insight.

Perhaps someone should point out to Mr. King that he can pay as much tax as he desires, the government will take it. Also, point out that the problem with the US is that the tax system is not fair, the rich carry too much of the burden.

Well, if Stephen King feels he has too much money, then perhaps he can donate it to the fishermen in his home state who's livelyhood is being killed off by the same Administration and president who threw a $30K per head fundraiser in Portland a month ago.

Yes, Steven...MORE government will surely help out those unfortunate men. I'm sure of it...

Weird. Stephen king is worth a reported $400 million. If only he would send most of it to the IRS. He really doesn't need it.

He should also stop publishing through Scribner Books, a division of Simon & Schuster, which published a book called "Keep your hard earned money." Uh, and has been sued many times for failing to pay their taxes.

That saddens me. I'm re-reading On Writing. Ironically, I was just telling my parents the other day that if you go to his website, you get the impression that the Stephen King who wrong On Writing is long gone and in his place is a miserable old codger. I guess I was right.

I think it's all talk. They hate capitalism until they start to lose their money, as Michael Moore demonstrated about a year ago.

Er...let's suppose for an instant that our feckless leaders (especially the pretender currently squatting in the White House) decided to "soak the rich." Make them all pay their "fair share." How would that turn out...?

The rich would simply renounce their US citizenship and move elsewhere. It's a very small world for the uber wealthy.

I bet if Bill Gates were to apply for Swiss citizenship he'd get it.