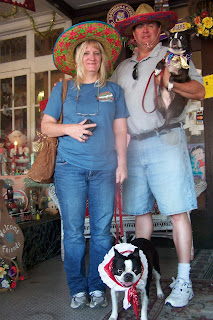 The little town of Minden,, Louisiana never lets an opportunity for a good festival go by unnoticed so today the first annual Cinco de Mayo festival was held in historic downtown Minden.

Minden is already home to seven (I think) festivals including the Fasching celebration, the Scottish Tartan Festival, a Mardi Gras parade, a Christmas festival, and a Spring Arts Festival.

The festival also coincided with the Grand Opening and ribbon cutting of Habacu's Mexican Restaurant on Main Street.  The Minden Press Herald had the full write up of events; we left before the salsa dancers started and Habacu's had a third band coming in after the two we heard.

Several local dignitaries were in attendance for the grand opening and ribbon cutting ceremony including State Representative Gene Reynolds and Jerri Ray de Pingre from the Minden Chamber of Commerce.

At 1:30 the crowd gathered in front of Habacu's for the ribbon cutting: 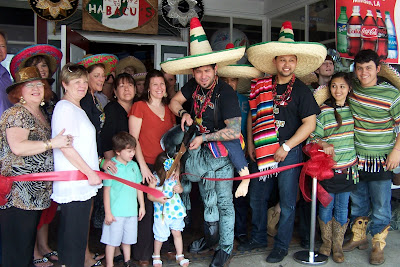 Habacu's is located at 507 Main and offers a full Mexican menu.  Steve and I have tried it a couple of times and have not been disappointed and the prices are right.  Tonight I had carne asada and Steve had a beef fajita salad.  I had a Dos Equis on draft and our total bill was just over twenty bucks. 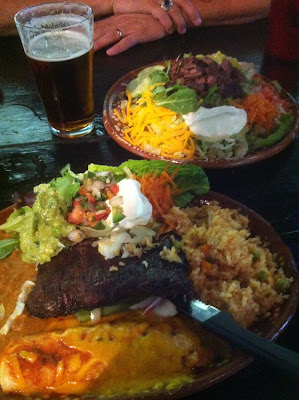 Steve and I arrived around 12:30 or so and the vendors were already set up selling everything from antiques to baked goods. 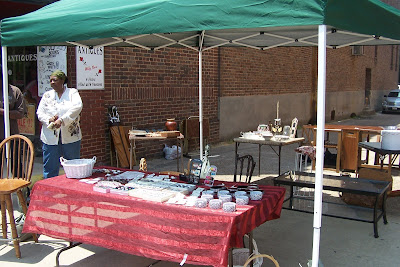 There were two face painting booths for the kids and a dunking booth.  There was also a huge Spiderman bounce house for the kids. 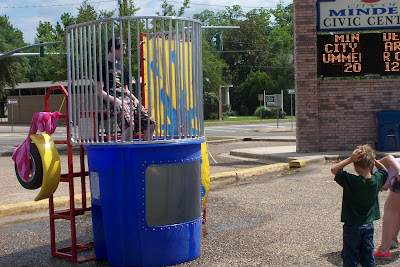 The Vintage Car Club had cars on display: 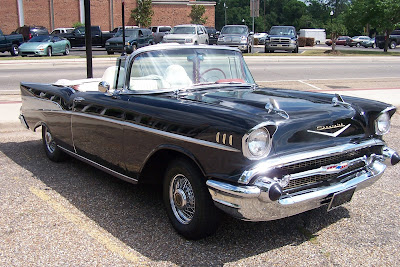 And food vendors had goodies for snacking; Steve had one of these bacon wrapped jalapenos while I settled for some tamales: 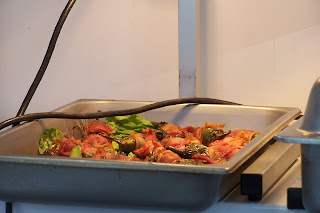 The Dorcheat Bottom Band had the house rocking at Habacu's.  Milly Rose introduced the band to get things kicked off and then warmed up the dance floor:

Later in the afternoon the kids gathered to take a swing at a huge candy filled pinata: 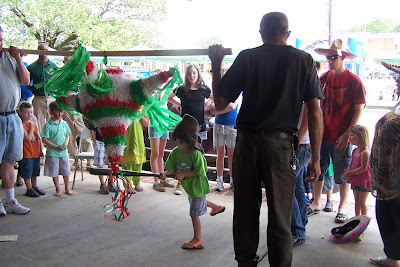 It took several tries but eventually the candy flowed: 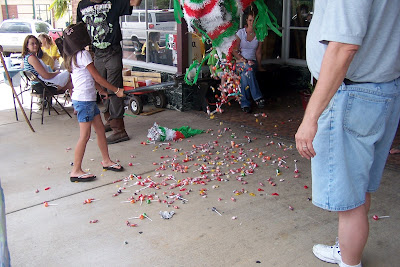 And another pinata stood waiting in the wings: 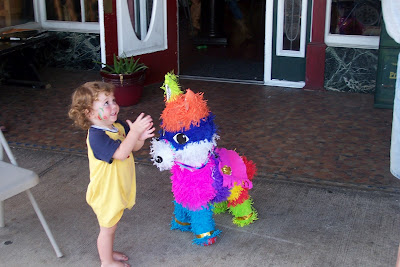 This little fella was helping Milly Rose with her baskets: 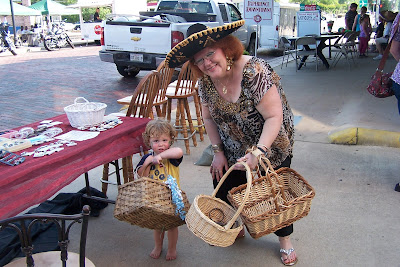 Habacu's stayed packed all day and into the evening when we finally left, exhausted! 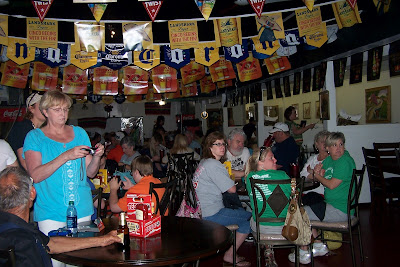 Habacu walked through the restaurant randomly plopping sombreros on heads, handing out maracas to the kids and t-shirts to the adults. 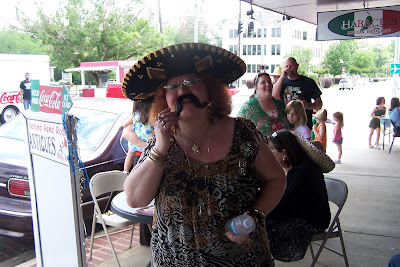 At the end of the day we climbed into the Jeep, sombreros and all, and headed for home.

Minden is a little town with a big heart and they know how to do festivals.  The first Cinco de Mayo festival garnered a respectable crowd and offered good family fun for kids and adults.  Food, shopping, music, and fun was all there today.

Related - More from the Take a Trip Series:

My wife and I happened to be in Albuquerque on St Patrick's Day a few years ago and bumped into a Mexican family all decked out in green and "Erin Go Bragh" (knowing how the Micks got along with the senoritas, not impossible that they had some ancestry, but...).

So, I guess Cinco De Cuatro is like St Paddy's Day. Everybody's from Guadalajara.