I was about five minutes away from an exhaustion-overloaded induced meltdown this afternoon when Steve, seeing the danger signs, put me in the Jeep and took the top down.

With absolutely no destination in mind, we headed north up La. Highway 71 toward Belcher and Gilliam. 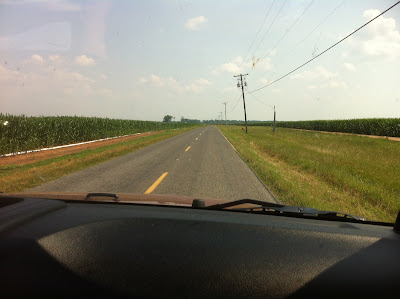 It's pretty country up that way and the corn is definitely up! 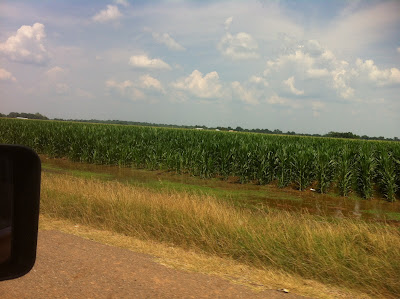 We stopped in Gilliam (pop.178) first.  History lesson:  At the turn of the century a man named Bob Gilliam bought the land and it was called Gilliam Place.  The railroad wanted to come through there and Mr. Gilliam donated the right-of-way to the railroad as long as the railroad agreed to put a depot there and call it Gilliam.  Tracks came through in 1888.  In 1902 the Red River broke through the levee and flooded Gilliam.

In 1908 a cyclone came through and destroyed all but one house in the town.  Nearly forty people were killed and many more were injured.  The railroad helped out by making rail cars available for people to store their belongings until they could rebuild.

They still gin cotton in Gilliam and the town has one of five cotton gins still in Caddo Parish.

There's a great restaurant there, but it closes at 2 on Sunday: 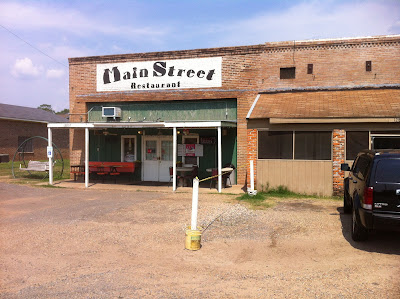 A couple of buildings over is the Gilliam store: 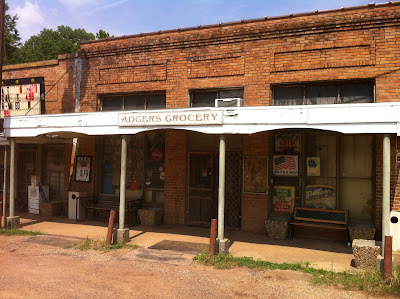 There are a couple of benches out front and I sat and sipped a Coke and watched the traffic (not much of it) rush by on the highway.  You probably can't tell it in this picture but there's an old, rusty push mower leaning against the wall over to the left and an old plow sitting out there.  The date on the newspaper in that paper box is about two weeks ago.

We wandered around behind the store and found this old cotton press: 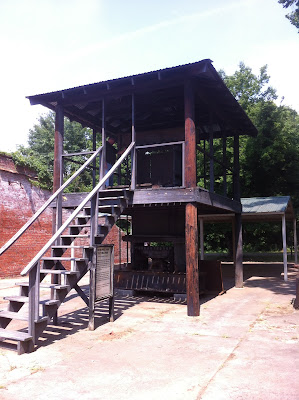 Here's the marker explaining how it works: 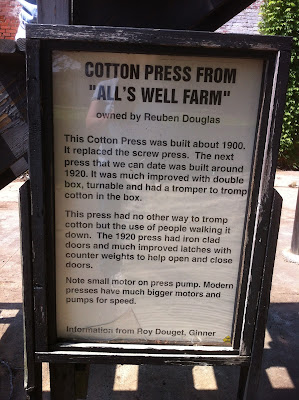 Behind the restaurant I saw this: 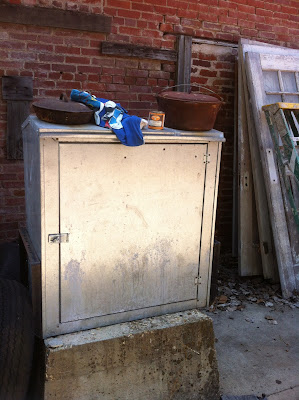 I'm not sure what it is but I hope they don't use those cast iron pots anymore.  They've seen better days.

We got back in the Jeep and headed back south to Belcher. 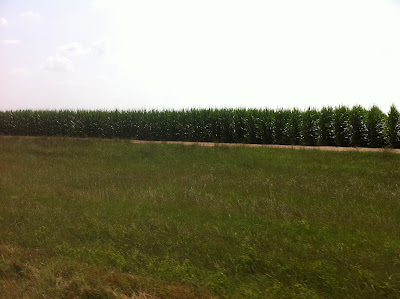 Belcher (pop. 272)  is another tiny little town but has some really pretty homes: 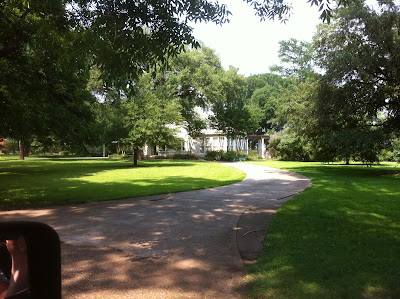 Belcher is historic because it's the site of the Belcher Mound: 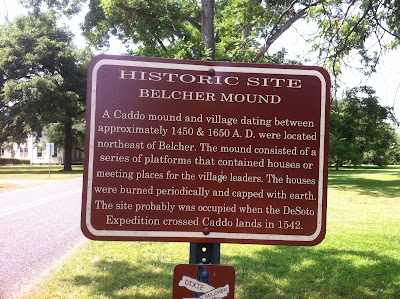 We wanted to see the Veteran's Memorial.  It's actually quite nice: 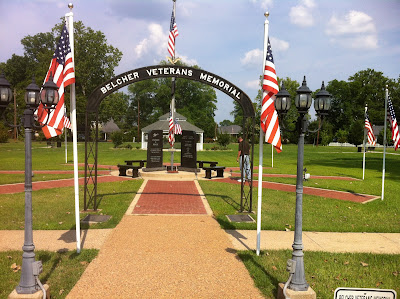 There are marble slabs for each conflict and memorial bricks honoring veterans.  There's a walking path around the park, too. 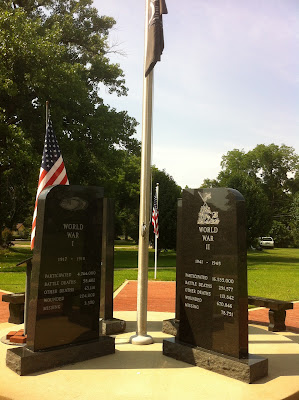 We came back home through Blanchard but didn't stop anywhere notable there except for Cliff's Country Store where we bought Slim Jims and Cokes.  Road food.

My anxiety level has subsided and the meltdown has been averted.  We've put the top back on the Jeep (for now) and have settled in for a Sunday evening of baseball and a cold beer.

If I make it through Wednesday it will all be good; summer is coming.

The SIGIS Take a Trip Series:

Pat, my Mom was raised in Mooringsport, and graduated from Mooringsport High School (it's an elementary school now). There were 13 in her class.

Her Mom & Uncles and Aunts all graduated from Mooringsport High School during the oil boom. If memory serves, they all had about 40 graduates in their class (things dropped off up there after the 1930's).

By the time Mom attended high school, all the boys at Mooringsport High were required to play football, so that there would be 11 on offense, and 11 on defense.

Mom married a BHS Bearkat boy, and spent most of her life in Bossier City. But, Mom and Dad finally retired up there on Caddo Lake at the old home place that my Great Grandmother & her young husband came to in 1916.

thank you sooooooooo much for posting this!!!!!!!!! I grew up in a small trailer right next to the cotton gin that's just up the road from adgres store ( we called it dub e's back then.)this truly made me smile and warmed my heart! thanks again :)
lucy olguin
reno nv