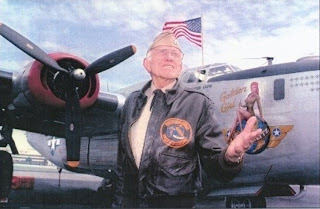 It's been a grey and gloomy day around here; cold and damp.  I have a big pot of taco soup on the stove and am watching LSU about to blow this game against Ole Miss.

The good news is that I'm out of school for a week for Thanksgiving break!  I'll be cooking this year, as I do every year, and we'll all eat until we're about to explode.  I do all the traditional stuff: turkey (brined), cornbread dressing, sweet potato casserole, an asparagus casserole (with cream of mushroom soup and hard boiled eggs, lots of cheese on top), and I do a congealed cranberry/raspberry salad with pecans which Steve and I both love.

I'm about over the crud I've had for a couple of weeks, but Steve caught it and had to go to the doctor for meds and celestone.  Then The Teenager got sick yesterday and I took him in this morning and he also got meds and celestone.  It's official now; the whole house is sick.

After we left the doctor's office this morning, The Teenager asked to stop at Barnes & Noble to get something to read (because he only has two books on his 'to be read' stack).  I let him browse around and while he did I picked up Devil at My Heels

by Louis Zamperini.  I'd never heard of him, and it looked interesting, so I tucked it in my stack.  On the way to the checkout counter I saw Laura Hillenbrand's book, Unbroken

, and found it's about the same guy.  Well.  I liked Seabiscuit

, and I thought about picking this new book up, too, but then I wondered, why would I want to read her version of his life when I can just read his?  So, I got Devil at My Heels

Let's do some links; I've got taco soup and good books waiting for me:

Professor Jacobson is making predictions.  I'm with ya on that Gitmo thing,  Professor.

Althouse links the circulating new slogans for the TSA.

Another Black Conservative points out that Nancy Pelosi is ... not all there.

American Power responds to Mona Charen as to whether or not Sarah Palin should run in 2012.

Adrienne has ten things you need to know about the DREAM act.

Pirate's Cove is keeping an eye on Fred Upton and wants to check his bulbs.

The Daley Gator has Gloria Allred at her worst, which is going some...

Finally, my friend Kim has a cooking blog and since it's Thanksgiving, you should check out her good stuff!

I know, it's short this week, but so has my blogging been short this week.  Besides, LSU just scored and they're giving me heart attacks.  I have to go get a Sam Adams and some soup.  And a good book.  Have a good Saturday.

What are your plans for Thanksgiving?
Posted by Pat Austin Becker at 5:50 PM

thanks for the linkage! And that's Fuzzy takes a new look at The People's Speaker. Heh

Thanks for the linky love.

I hate to admit this but I've never made taco soup. What is wrong with me??? I'm putting it on my list of things to make post haste!

My plans are to deep fry a turkey and enjoy my family. Oh, and my students will watch 'Happy Thanksgiving Charlie Brown' the Wednesday before the 4 day weekend. It's a tradition with me that Charlie Brown gets played before a holiday. It's fun for them and for me.

Spend time with family…will probably fry a couple of turkey’s for the guys at the station. This has gone over well over the last two Thanksgivings.