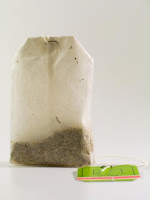 The left seems to be following their directions from HuffPo as they attempt to counterattack the Tea Party plans for April 15.

Steve Benen contends that he simply can't understand what everyone is "whining about." He says that Conservatives don't like economic recovery efforts but he misses the point. He also points to Obama's "tax cut" which wasn't really a tax cut at all, just a play on words.

And via Memeorandum, we get Andrew Sullivan who says, "These are not tea-parties. They are tea-tantrums. And the adolescent, unserious hysteria is a function not of a movement regrouping and refinding itself. It's a function of a movement's intellectual collapse and a party's fast-accelerating nervous breakdown."

"Unserious hysteria," Mr. Sullivan? Trust me, we are serious.

Sullivan tries to convince us that he's "researched" the Tea Party movement and is still befuddled. Clearly.

The left is stepping up its criticism and supposed confusion of the Tea Parties, but they are not "confused." They might have been confused on November 4, but I don't think they are now.
Posted by Pat Austin Becker at 2:06 PM

What are you serious about?

Sullivan lists 4 options. Is it one of those four, or is it something he missed?

I don't suggest to speak for Tea Party protesters, just myself Gherald L (Wow! Nice photo too, just like Obama's!!).

Option 1: I protest the fact that a Democratic Congress misused the Community Reinvestment Act, Fannie Mae and Freddie Mac, and pressured banks into making risky loans (and then making de facto guarantees on the risky loans) causing the need for bank bailouts.

Option 2: There haven't been any tax hikes (aside from the massive increase on cigarettes- did you forget?)... but there's going to be. What could possibly pay for the trillions and trillions of dollars of deficit (deficit not debt) run up under Obama's budget and proposals? Money from China? I protest reckless spending for political pay-offs and for institutionalizing socialist policies (socialized medicine, govt. controlled green energy, etc.).

Option 4: Yes, against deficit spending more than debt. Obama's deficits don't even compare to Bush's (who was fighting a war that Obama has re-labeled as not a war). And Fox and Hot Air and Pajamas and the Cato Institute and other conservative orginizations and media outlets protested Bush's spending on plenty of occasions. Look in their archives...

And if I was to list the somethings Sullivan missed, this already too long comment (sorry) would be 10x longer...

Should be an easy exercise for an English teacher.

Also, please ask your neighboring government teacher how a democracy works. The American people have very deliberately put a Democratic President and Congress in place to enact their agenda.

You serious protesters are railing against the landslide-elected and very popular president 2 months into his term? In the midst of a crisis?

Do you not see how that is obviously a farce destined to go no where?

Sullivan's a fag. Who cares what he thinks?

Sullivan lost his mind over Palin and still hasn't gotten it back. He's a nut case.

The Tea Parties are not about "Party". The Tea Parties are about our elected representatives voting for legislation they never bothered to read. They are about unprecedented spending. By some financial stats the total in the last 100 days is more than this country has spent in the last 100 years. They are about the congress voting to use the tax code as a weapon against specific private citizens. They are about the fascist power grabs allowing unelected officials to go into private companies and manage them or shut them down for some undefined "public good" the details of which are left up to people who are not answerable to any law or any electorate.

What has been happening in our government for the past year - and I include Bush and Obama and all the Congress and Senate - is insane. It has to stop. They need to read what they are voting on. They need to listen to their constituents. They need to repeal the spending in HR1 that we can't pay for without monetizing the debt - a move that is going to create hyper inflation and eventually crush us financially.

It is about people taking back the government that was founded by the people FOR the people OF the people. Whatever your party, if you give a rat's ass about this country and want to send a message to the people elected to represent us that you are NOT a silent majority who doesn't care what they do in your name - do something to make that point April 15th.

We want common sense and transparency in our government.

"Should be an easy exercise for an English teacher."

Why is it, if you're the same anonymous for anonymous past, that you like to slam a person on a personal level. That is cheap, uncalled for, show a lack of class and intelligence, and the inability to have a coherent thought.

This is why no one really takes you, or people like you seriously. But then it is easy to take cheap shots at someone when your're hiding your identity. And quite frankly, it's chicken shit!

"Also, please ask your neighboring government teacher how a democracy works. The American people have very deliberately put a Democratic President and Congress in place to enact their agenda."

I think you need to heed your own advice and see a local government teacher. If you would take the time to read the Constitution, maybe you will see in the First Amendment the part where the people have a right to assemble peacefully, and to petition the Government for a redress of grievances.

I don't ever recall a demand of suspension of Freedom of Speech rights by conservatives, whe liberals (like Cindy Sheehan) was protesting President Bush.

"You serious protesters are railing against the landslide-elected and very popular president 2 months into his term?"

First of all 52 pecent of the vote isn't exactly a landslide victory. And if you woule look at polls, other than those of MSNBC and the like, you will see Obama's popularity has slipped.

Yes we are protesting Obama, and we're protesting the Congress and the total goverment, too. If you would visit your local government teacher or read the First Amendment, you will see that it's our right to do so.

Funny, if five people showed up to protest against a conservative, in the eyes of the liberal media, that would be carried as a news item for days. But Millions rallying for the Tea Parties against a liberal led government has hardly been mentioned in the mainstream media?

Once again, how can anyone take you seriously with cheap personal shots and wanting to deny conservatives of their Constitutional rights.