The Case of Roxana Saberi 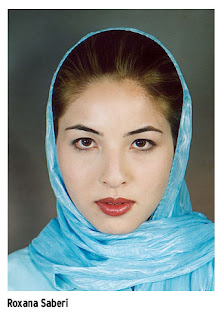 Roxana Saberi, an American citizen and a native of Fargo, N.D., has been held in a Tehran prison since the end of January. Her parents said she has dual citizenship in Iran and America. She is a freelance journalist who has done work for NPR and British Broadcasting Corp.

The Iranian government says she was doing reporting work after her credentials expired and they picked her up two months ago after she bought a bottle of wine. While alcohol is illegal, her action was not uncommon and her parents feel as if this was simply an excuse to arrest her.

According to the National Press Photographers Association, Hasan Quahqavi, Iran's foreign ministry spokesman, said that Saberi was "engaged in illegal activities" because she had continued to work as a journalist in Iran after the country revoked her press credentials in 2006.

Saberi's parents have contacted the Iranian ambassador to the U.N., the U.N. high commissioner on human rights and the North Dakota House and Senate have passed a resolution backing her. Saberei's mother is from Japan and her family is hoping that the good relations between Japan and Iran will help secure her release. Human Rights Watch has called the Iranian government pressing for her release.

Ms. Saberi moved to Iran six years ago to work as a journalist and to complete her master's degree in Iranian studies. A New York Times report says that she "has frequently tackled subjects that skirt the edges of taboo" and that in 2007 she posted a report about women being arrested in Iran "as part of 'a new wave of Iran’s nationwide morality crackdown against fashions deemed un-Islamic.'"

The Washington Post has an article today about the Iranian government's pattern of harassment and detention of women. They say "Saberi's arrest and delayed release are the latest twists in a frightening pattern of harassment and detainment of women and dual nationals by Iran's Intelligence Ministry, whose clout and reach have expanded under President Mahmoud Ahmadinejad. The ministry is behind a stepped-up campaign to silence female writers, journalists and peaceful activists."

Iranian press reports that she will be released soon, but her parents are concerned about her welfare. Her father said, "We don’t want anything to happen to our daughter. She’s young and she hasn’t had this kind of experience in life. It’s hard on her. I’m worried she may have a nervous breakdown.” Her family had hoped for her release before the Iranian New Year holiday which is sure to slow things down. Schools are closed during the two week holiday and government offices are either closed or half-staffed.

There is a great site to keep up with developments on the case here. There is also a Facebook page. Here is the Twitter Real Time search on her.

Update:
Thanks to Legal Insurrection for the link!
Bill Kristol puts it into perspective here.
Posted by Pat Austin Becker at 9:41 AM

NPR has covered this case on two recent Sunday mornings including today. They interviewed the Senator from North Dakota today and Roxana's father.