Both Republicans and Democrats Guilty in Loading Crap Sandwich Omnibus 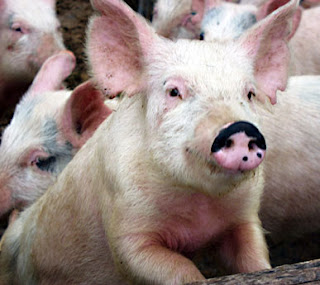 I'll be perusing the Ever-Loving-Crap-Sandwich-Lobotomy-Inducing-Piece-of-Bovine-Excrement Omnibus bill throughout the day, as many others will be doing, and as I do, I'd like to point out that it's not just Democrats, of course, who have loaded this piece of junk with earmarks.

Several "Republicans" had added their two cents worth as well, including Mitch McConnell who has included a request for "$650,000 for a genetic technology center at the University of Kentucky."  Sen. Lindsey Graham "has a $379,000 earmark to study port dredging in Charleston."

Fox News mentioned two "Republicans" who have over 200 earmarks apiece in this thing, but I didn't catch who they were.  I'll find them today.

As egregious and offensive as the earmarks from BOTH sides, Harry Reid's insistence that it be passed immediately is even worse.  He's learned nothing from the November elections and the voices of the people who clearly insisted that proposed legislation actually be read by those voting on it, be debated, amended, and transparent to the people.  Words fail me at his audacity.  Fail.

What are the bets now that should Congress work through the Christmas break on this thing that Obama goes on to Hawaii anyway?

Follow the aggravation aggregation on Memorandum today.
Posted by Pat Austin Becker at 6:30 AM

The forgot ALREADY the message we the people sent them on November 2. Anyone in office who either supports this atrocity and/or does not fight loudly and steadfastly against it must be made to suffer the consequences of ignoring us. They will receive phone calls, emails, faxes, twitters & facebook posts (and maybe even some personal visits and picketing outside of their offices) criticizing them mercilessly every single day until they are removed from office - regardless of party affiliation - if they fail to do right by us this time. We are not going back to sleep.