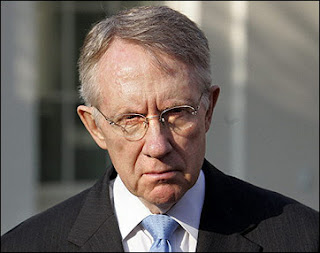 You should never , EVER blog when drunk or furious.  Ever.

Considering that my head is about to explode and that I should definitely be drinking, I probably shouldn't even be typing my name right now, much less attempting to read the Proof-That-Harry-Reid-Has-Lost-His-Mind Crap-Laden-One-Way-Ticket-To-The-Loony-Bin-For-Life Omnibus bill.

No, I'm not drunk, but I oughta be to get through this piece of bovine excrement spending bill.

And what in the HELL is wrong with these "Republicans" who are thinking about going along with this crap-sandwich?

Did they learn NOTHING from the November election?  Let me suggest that this is way, WAY out of the scope and function of a lame duck Congress.  Way way.  There is no freakin' way that this thing should go through as is.  Who in the hell is going to read a 2,000 page piece of crap like this ever, much less right now when they're all trying to get out of there for Christmas?

Talk about waking up in some parallel universe...

Okay.  Well let's just look at some of the tasty tidbits in this thing, shall we?

Red State has posted the following earmarks as posted on Twitter by Senator John McCain:

$165,000 for maple syrup research in Vermont
$400,000 for solar parking canopies and plug-in electric stations in Kansas


Read the bill here, because you know your Senator won't.

How about the formation of a fact-finding Commission to study  and investigate the Federal government's detention and holding of some 2,300 Latin Americans of Japanese descent during WWII?  (p. 231)

I'll keep digging through this.  Feel free to join me and post whatever you find.

Keep in mind, Harry Reid wants to smack this crap sandwich down on your Christmas table right next to your turkey and your (lame) duck dinner.  He wants no discussion, no reading, no analysis, no transparency.

Thanks so much, Nevada, for re-electing this buffoon.

Take a deep breath, have a drink. No, I said *a* drink . . . now, who proposed these earmarks? Can you find out?
I hate earmarks, what a blatant runaround pork barrel piece of trickery.

Don't blame me I didn't vote for him.

You've had at least one.

I could be wrong. I usually am.

Forgive me if I am, and have a couple more one on me if I'm not.

Jim Geraghty quoted you extensively in his Morning Jolt, though he thought you were a guy.