Take a Trip to Natchitoches to See the Christmas Lights 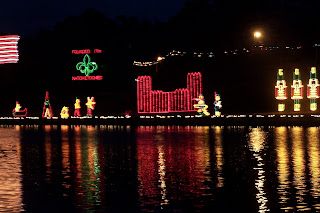 Steve and I went to Natchitoches yesterday for our last day trip of 2010.  We hadn't been since this summer and I was overdue for a visit to The Pioneer Pub since the place was closed for vacation when we were last in town.

We took a leisurely drive down Highway 1 and hit town about noon.  Our first stop was the Kaffie-Frederick Hardware Store which is the oldest general store in the state of Louisiana.  They've got everything from PVC pipe and horseshoes to fine art.  Need some new cast iron cookware? 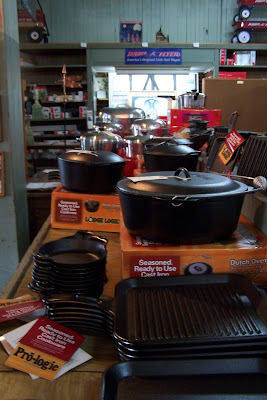 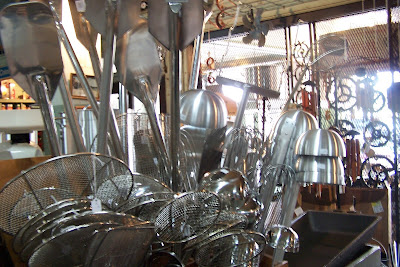 How about a welcoming dog: 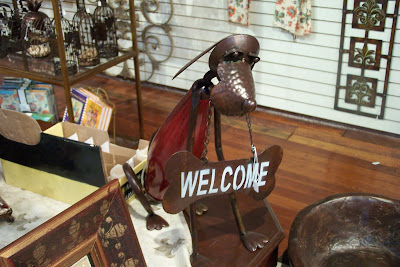 Or an upside down Christmas tree (we saw a couple of these as we walked down Front Street; some decorated, some not.) 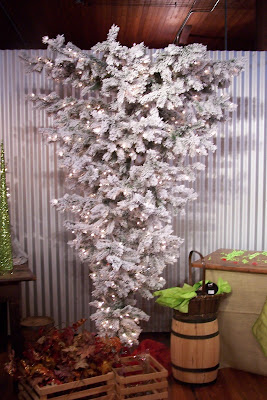 Steve bought some coffee and I got a new Pyrex measuring cup and we headed over to The Pub for lunch.  Except you couldn't order food until four.  So we ordered beer.  We had a beer and peanuts and promised to come back at four.  We went down the street to The Canebrake Cafe for chili dogs to hold us over: 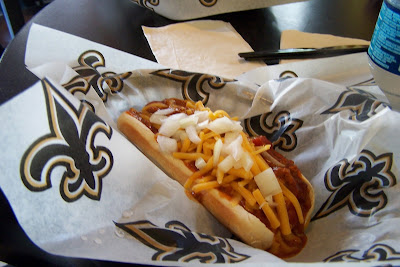 It's a nice little coffee shop sort of place with light fare and big windows where you can watch the river and the people walking down Front Street while you relax.

From there it was on to The Book Merchant where Sam was sleeping in the window: 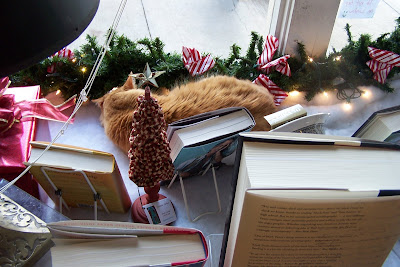 We browsed for a while and Steve found a book he wanted then we walked around for a bit.  We watched people all day line up in front of these decorations and take pictures: 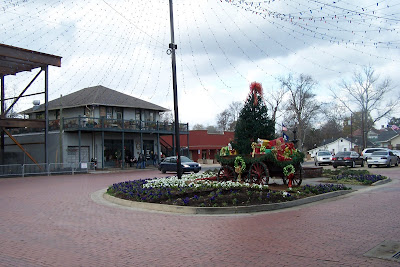 We went by the Minor Basilica of the Immaculate Conception to see their Christmas decorations.  It's a truly beautiful church.  I loved the nativity scene: 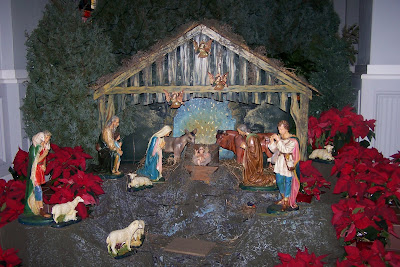 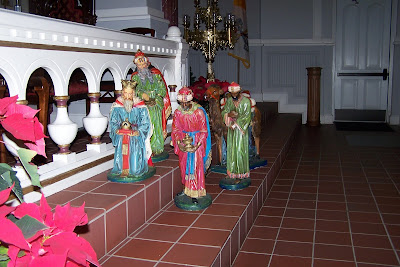 The windows a beautiful: 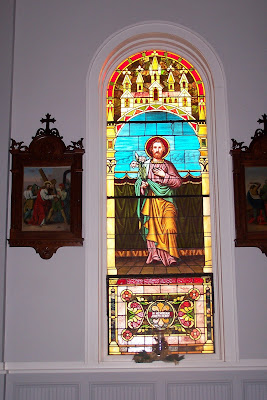 It was past four by this point so we headed over to The Pub for food.  The lights were just starting to be visible outside: 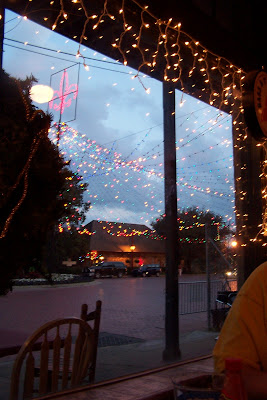 We were tempted by the burgers which we've had before and know are great, but wanted to try something different.  We both got pizza.  Mine was pepperoni, mushroom and onion.  Everything they serve at The Pub is fresh and made from scratch: 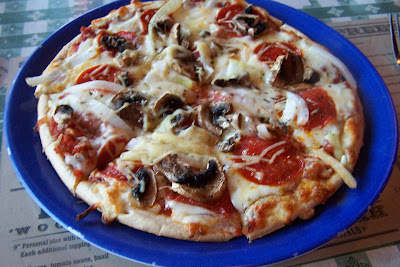 I had to get an order of "pub fries" to take back in the car with me: home made french fries with lots of salt!  OMG.

I'm glad we made this trip when we did because the restaurant will be closed for the month of January.  How mad would I have been to go back and find it closed again after my disappointment in July!

From there we went outside to look at the lights.  I posted a video last night of them, but this lady posted a better one.  It was so peaceful though with the calm river reflecting the lights from the opposite bank and Christmas songs playing in the background from speakers up and down the riverfront.  I liked the tunnel of lights that before Christmas leads up to Santa's House, but Santa isn't there now:


As if we hadn't eaten enough, we bought a funnel cake, sat by the river and shared it while looking at the lights before heading home: 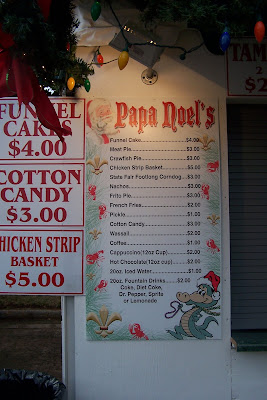 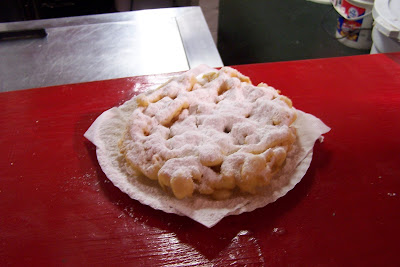 Fun day!  One thing I can say about Natchitoches is that we always meet so many nice and friendly people there, whether it's a shopkeeper, a local, or even someone just traveling through.  We''re planning to head back this spring, spend the night, and take a long drive down the Cane River Road.  Beautiful. 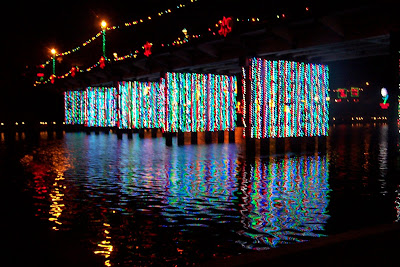 Previous posts on Natchitoches:
Take a Trip to Natchitoches and Oakland Plantation (July 2010)
The Natchitoches Travelogue  (July 2009)
Posted by Pat Austin Becker at 9:30 AM

acopswatch and I will have to make this trip! It looks gorgeous, and there isn't anything we enjoy more, after a hard day's ride on the Harley, than an icy cold beer at a pub. Mayby you and the hubby can meet up with us! I enjoy your blog,as much as copswatch does!


Happy New Year to you and yours.

P.S. The Christmas Mice were a HUGE hit!

@Liz
It's a date! We love The Pub. Next on our list to eat their are their custom cut steaks cooked over an open flame - they smell fabulous!

Glad the mice were a hit! They were here as well; very cute.

Love the cat in the window with the books. Every book store should have a cat.

My favorite LA city is Acadia.

Man I'm already hungry - now this blog has made my stomach growl! I've got to try The Pub. I was Googling about the Natchitoches Christmas Festival because I want to take my children there for the first time this year, and I ran acros your blog - Good stuff! Thanks, JD

JD,
You won't be disappointed in anything they serve at The Pub. We've tried all of it, I think, and it's all great! It's a nice place to sit and watch Front Street after a long day doing touristy things. We'll be heading back down there in a week or so ourselves!