Full Metal Jacket Reach Around: The I've Been Reading Edition 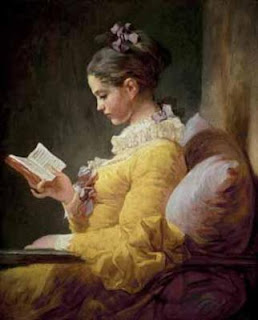 I've been in my "reading-mode" lately.  For a while I stayed in a 24/7 "blogging-mode" and posted several times a day.  I find now that once I wrap up my day at school and exert much of my energy and creative thought there, my mind is ready to take a break, so I've been escaping into books.  The cycle will turn, I'll burn out of reading every spare moment, and then I'll probably blog again incessantly.  Meanwhile, my blog and I are floating along and I'm posting on what interests me when it interests me, which is cool because I don't feel the stress I felt previously about putting up a post to keep the hits ticking in.  It would be lovely, just lovely, if I could sit back and blog 24/7; I'd be happy as a clam.  I can only do that in the summer!

.  I'd picked it up before but wasn't able to focus on it (probably because I was blogging a lot then!) and I put it down.   Also, when I picked it up I had just finished Eugene Sledge's With the Old Breed

and a couple of other WWII memoirs, and they were all running together.  I had to take a break.  I'm really enjoying it this time.  Waiting in the wings is the new Sid Phillips book, You'll be Sor-ree!

I expect then I'll have to get out of the Pacific for a while and move on to something else.

by Medal of Honor recipient Leo Thorsness.  He's going back into his Civil War books and has picked up Dark and Bloody Ground

again, which he had to take a break from previously.  We spend a lot of time in the evenings with Big Band playing on the satellite radio in the background while we're curled up on couches with dogs, reading.  We're so exciting!

Meanwhile, thanks for not giving up on me and for still coming by.  We'll keep on as is until I run out of books to read, I guess, and then I'll start putting up five or six posts again as opposed to my current one or two.  It's all good, as they say.

So much for "civil discourse."  Pirate's Cove reports on death threats for Jerry Brown.

Professor Jacobson had a great week; he was recognized by both Rush Limbaugh and Mark Levin!  Wow!

The Other McCain has the most thorough post on Olbermann's firing.  Ed Driscoll is right there with him.

Doug Ross has some funny pictures.

Pundette has a heart-breaking post about the Women's Medical Society of Philadelphia as does No Sheeples Here and Political Junkie Mom.

Reaganite Republican has a profile of Jerry Reed.

Backyard Conservative is not a Huckabee fan.  Really, if he's the best we can offer, we have problems.

Obi's Sister has a detailed list of the budget cuts proposed by the House this week.  Enough to send a liberal into fits.

Jim Brown's column this week notes the release of former La. governor Edwin Edwards from prison.  Brown was, of course, instrumental in commissioning and printing the recent Edwards biography.

Mind Numbed Robot has a great post on Obama and Hu.


Okay, that'll have to hold you for now.  Today is filled with grocery shopping, house-cleaning, and...reading!  Have a nice Saturday!
Posted by Pat Austin Becker at 9:48 AM

Thanks for the link. I've been in more pensive mood myself, lately.

Thanks for the link, Pat. I wish I could sit with a book. It's easier to read news and save a tab to blog later @ naptime than it is to try to dive into a good read.

Reading lots of Richard Scarry aloud, though. I've hooked pjToddler on the mysteries ; )

Enjoy the reading! (And the big band on the radio--how divine! I'm a Glenn Miller fan...)