Take a Trip to the 2011 Highland Jazz & Blues Festival 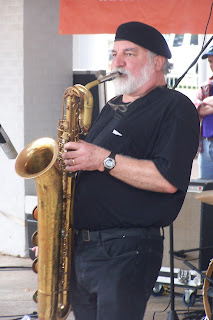 The 2011 Highland Jazz & Blues Festival is in the books and what a grand time it was!

The weather was perfect:  not too cool, not too hot.  The clouds gave way to sun every now and then.  The rolling hills of Columbia Park started filling in around 11:30 which is when we arrived.  Technicians were doing sound checks and getting things set up.  Wonderful food smells started drifting through the park:  smoky grilled meat smells, sugary funnel cake smells, and of course, turkey legs.

Things kicked off at noon with Buddy Flett on the Pavillion Stage.  Buddy just gets better and better.

One thing I especially love about Buddy is the way he interacts with the audience and talks to everyone.  He regaled the crowd with tales of his trip to the Grammys and his encounter with Lady Gaga.  "She's quite a chick," he said, "but she's just not my type!" 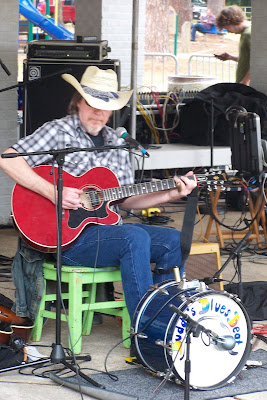 A.J. Cascio came up and helped Buddy out with some cool harmonica: 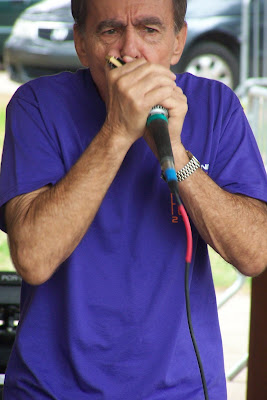 Buddy played for about 40 minutes before clearing the state for Jazziana.

The Gazebo stage at the other end of the park was hopping, too, but we mostly stayed where we were.

If you're into people watching, this is definitely the festival to attend.  And it seemed as if there were as many dogs as there were people.  This is "Ladybug": 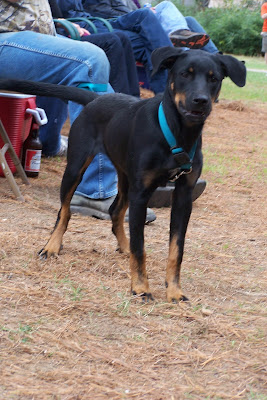 The food vendors were there in force with something for everyone.  Steve ate a giant hot dog, I had red beans & rice, and we finished it all off with canoli: 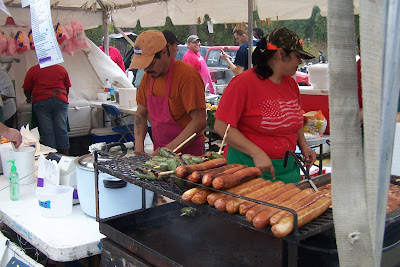 And of course there was beer: 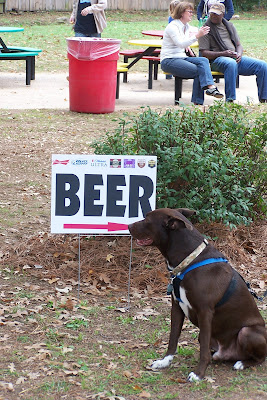 The Ron Paul contingent was in attendance: 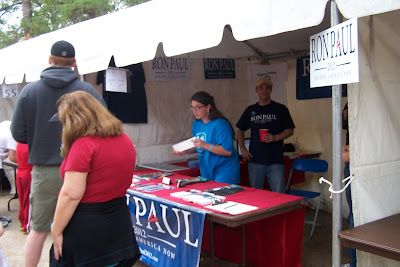 And you could learn to play the bongos: 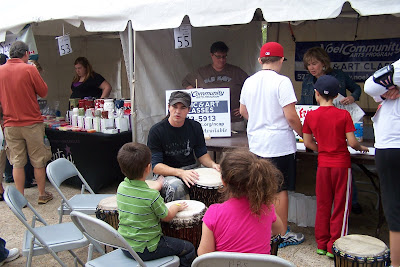 David Egan was in fine form: 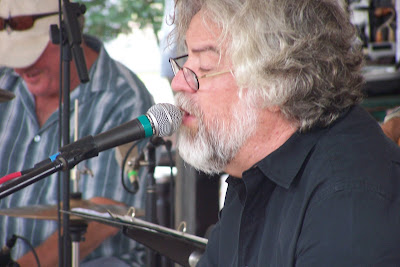 And all the kids were having fun: 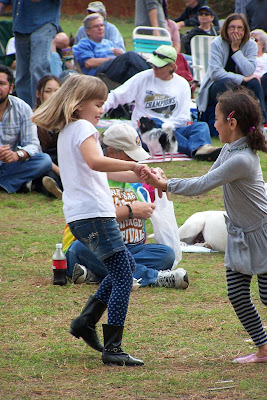 As the day went on, the crowd filled in: 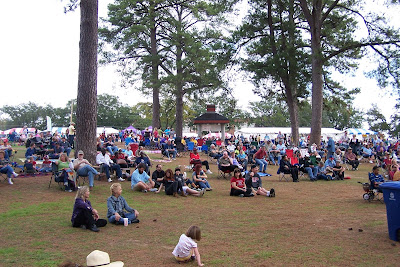 My friend Jennifer showed up: 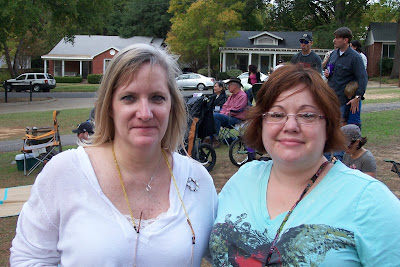 Wes Jeans was a crowd favorite: 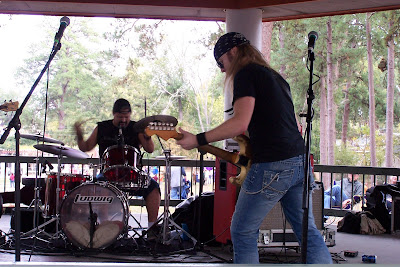 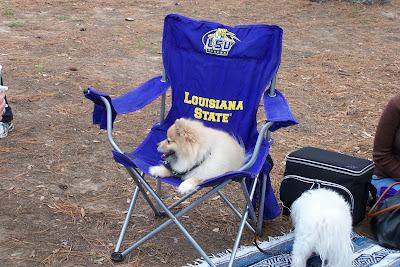 Finally the headliner came on:  The Preservation Hall Jazz Band: 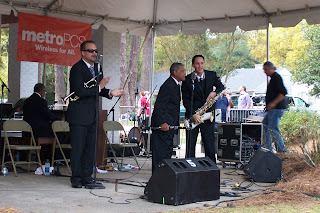 These guys know how to put on a great show.  They looked like they were having a wonderful time! 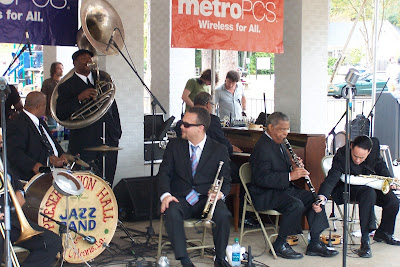 To see better pictures of them, check out The Shreveport Times photo gallery.  I did take a couple of videos, though.  Here's "Hello Dolly":

And here is perennial favorite, "When the Saints Go Marchin' In": 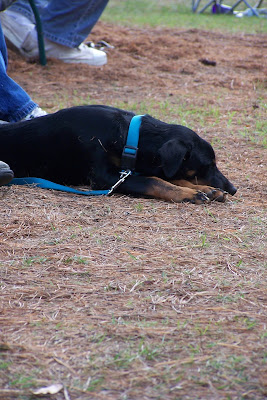 As did we all.  Another fabulous year for the Highland Jazz and Blues Festival!  Can't wait until next year!
Posted by Pat Austin Becker at 8:29 PM