Yesterday, Steve and I went to the Downtown Airport to tour the Aluminum Overcast, a fully restored WWII B-17. 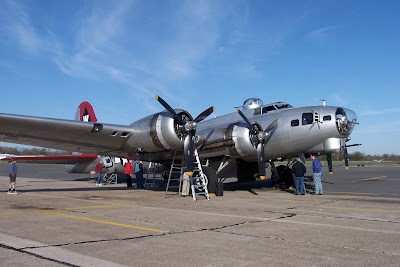 The plane is owned by EAA now and tours the USA and Canada.  If you've got some spare cash you can schedule a flight in the plane.  This particular plane was completed in 1945 so it never saw combat, but it is one of 11 or 12 B-17s that are still flying today.

I've read lots of memoirs from WWII but I was totally unprepared for the experience of seeing this plane.

This one shows the catwalk over which one must walk to get to the back of the plane.  It's extremely narrow! 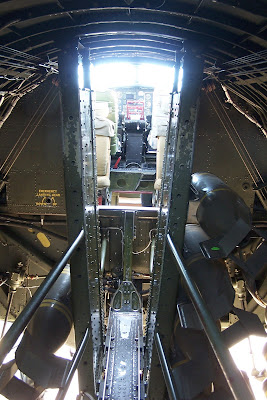 Space is tight all over the plane. 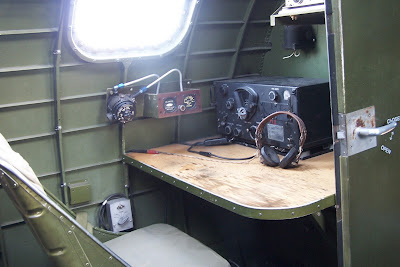 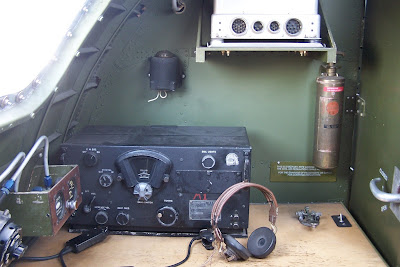 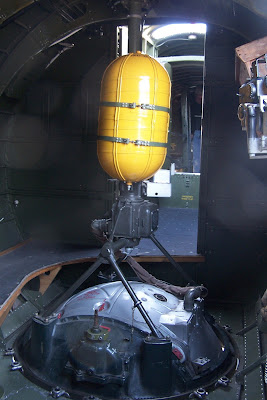 And from the outside, you get a perspective of what those ball turret gunners had to do: 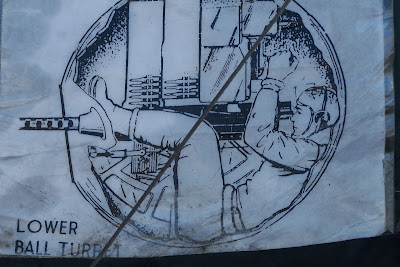 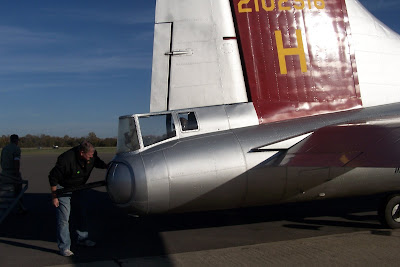 I liked the nose art: 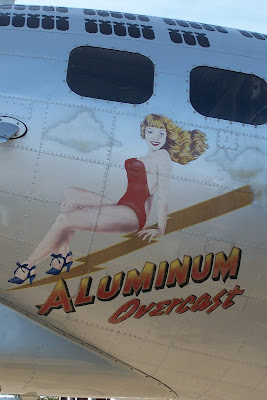 You could also walk underneath the plane and look at the bomb bay: 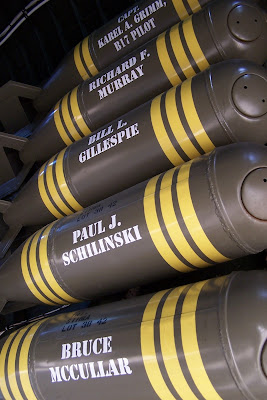 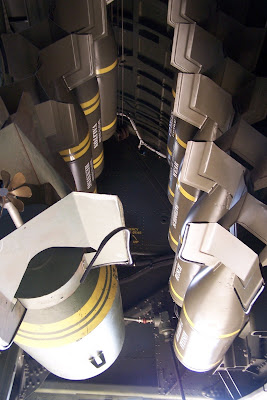 All in all, it was quite impressive.  One volunteers there giving tours told of a veteran who had come to see the plane earlier in the day.  He was so overcome with emotion he just couldn't go inside it, after all. 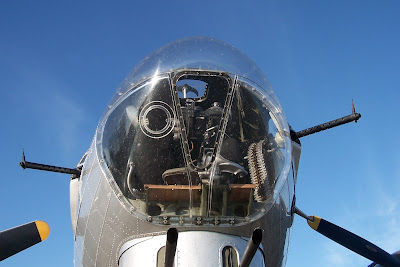 There's a great website here that tells about the plane, its restoration, and the organization that runs it.  There's a schedule of appearances and lots of great videos.  One video takes you on a flight and another has historic footage.

If you get a chance, get out there today to see it.  Or look to the skies around 10:00; it's taking a flight group up around then.

Seeing it gave both of us a whole new appreciation for those brave fliers who went up in them in the war and gave me a whole new definition for the word courage.
Posted by Pat Austin Becker at 6:15 AM

What a great role the B-17 played in the air war during WWII. A lot of aircraft purchased for the Air
Force have been worth their price. I think this is one along with C-47 and B-52. I know there are others but I am somewhat bias. I spent 20 years in AF and every single day I was associated in some way with B-52.