Full Metal Jacket Reach Around: The Start of Summer Edition 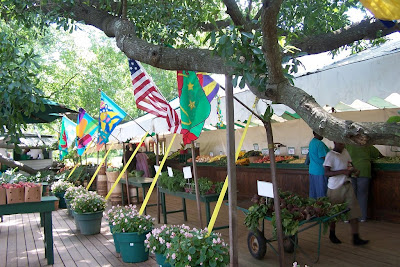 Summer is finally here!  Yay!  As you know, our last day of classes was Wednesday, we had inservice on Thursday and yesterday was my first day of freedom from the alarm clock.  Except it wasn't.  I had two doctor's appointments and multiple errands yesterday.  I was on the go all day long.  But, I got some things done that I had, by necessity, been putting off because of work. 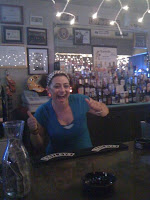 Steve took me out for Mexican food at Nicky's last night - our favorite - and then we stopped off for a bit at Code 3.  To the locals - Code 3 is located next to Beam's in Bossier (and right outside BAFB) and if you haven't been there, you should give it a shot.  It's run by retired BCPD officer Mike Beam and his mom is often there keeping an eye on things, too.  Mike only hires short bartenders, apparently;  Ashley and Heather both have to stand on tip toes to reach across the bar.  Friday is karaoke night and Saturday is band night.  There are special nights throughout the week and it's always $1.00 draft beer.  For giggles, ask Heather where she's from.  She'll give a little hop, a big grin, and say "N'awlins!"

It always takes me a couple of days to decompress after school is out, to relax, and to put things in order before I can settle in for the summer.  I'm looking forward to a heavier blogging schedule and getting my blog off life-support!  I have lots of yard work begging to be done.  My reading stack threatens to topple over if I don't start reading more.  And Lester's Farm is beginnnig to beckon!  Natchitoches!  Minden!  Day trips!  Steve and I are "putterers."  We like to take day trips to little towns and explore.

So, enough drivel from the host - let's get on to the links.

Lets' start off with My Bossier and Andy's Place, who in a coordinated effort, have worked to bring news, updates and information about the Spc. Joshua Tomlinson story to North Louisiana.  The three of us (and probably others) are asking for a moment of silence and remembrance today at 2:00 for Spc. Tomlinson who gave his life in service of this country.

And a big thanks to Mind Numbed Robot who linked the story and adds his two cents!

The Daley Gator is worried about Massachusetts being perceived as RAAAAACIST.  As Red points out, that just doesn't fly in Louisiana.  *Groan*

I wish I lived near the Stanford Grill.  SWAC Girl is tormenting me.

And I'll just take this moment to idolize Bride of Rove, again, for a minute.  I love the way she writes and even her roundups are great.  She could write out directions to build a computer (and probably has) and I'd read it with rapt attention.  She's gifted.

Bungalow Bill clarifies the issue of those National Guard troops going to the border.  You didn't think they were going to stop illegals did you?  Bwaaahahahahahaha!

I'll be chiming in with a series of guest posters at Pundit and Pundette this weekend as Jill takes the weekend off; Anne has put up a nifty guest post pointing out poor Barack's growing detractors.  What a muffed up mess his presidency is turning out to be.

Gateway Pundit comes at the Clintons with both barrells - Bill ignoring questions about Sestak and Hillary bemoaning the lack of taxes paid by the wealthy.  Bah.

Have you ever checked out the People Reading blog?  She goes around and checks out what folks are sitting around reading in public and takes their picture.  It's a neat idea for a blog and I've discovered some interesting people and books by reading it.

The Other McCain has disturbing news from Nevada.  Say it ain't so!  OMG.

Viewed From the Right defends Glenn Beck's mocking of Malia Obama asking her daddy if he "plugged the hole yet."  I'm with Jake Tapper in calling the whole brouhaha Obama's Amy Carter moment and I think if Obama didn't want people to mock the exchange then he shouldn't have put it out there.  The press is pretty fair about leaving presidential kids out of things, but when you open the door, you can't blame them for walking through it.

Everything Obama does, or doesn't do, is "historic," points out William Teach at Pirate's Cove.  Are we tired of that word, yet?

Left Coast Rebel has a graphic I haven't seen before which explains a lot.

American Power is headed to Arizona to cover the protest rallies of SB 1070.

The Camp of the Saints has some  Righteous Rants.

Professor Jacobson linked this week to a new blog (for me) - A Cop's Watch; I added it to my sidebar and there's some good stuff going on there.  He takes Peggy Noonan apart, here.  Snaggletoothie is none too pleased with Mrs. Noonan either.

Meanwhile, speaking of summer, Sandy has just inspired me with dinner plans for tonight.

I've got to get moving now; Sandy has made me hungry and I have to go out in search of a Farmer's Market because I'm not as industrious as she is.
Posted by Pat Austin Becker at 11:13 AM

I'm looking forward to a heavier blogging schedule and getting my blog off life-support!

Good news for us all.

Thanks for the linky love, Pat, and have a great summer!