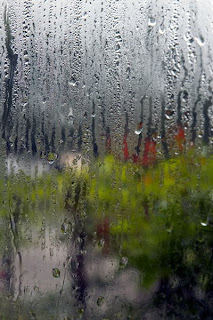 I'm going to call this the lazy Saturday edition because that's what I want today to be.  I'm on countdown toward the end of school - we have one more full week of classes than a half week of finals.  The kids are past ready to get out and many have just stopped the intake valve on their brains and are refusing any new information for the semester.  We have graduation for The Teenager next weekend and that will make for a busy weekend.  So, today is starting out sort of overcast and rainy, although it looks to be clearing off a bit, I'm hoping for a lazy day.  It seldom works out that way, but one can hope.

My summer reading table in beginning to stack up.  Two books came in this week that I had ordered: Laura Bush's book

, and Seal of Honor.

I picked up Red Helmet

by Homer Hickam off a bargain table this week for $5.  Hickam, you know, wrote Rocket Boys

which is a favorite of mine.  So I thought I'd give his fiction a try.  I'm about halfway through The Manchurian President

Tuesday's special election in PA-12 is just around the corner and Stacy McCain is all over it.  He's got tons of photos of the rally with Scott Brown Friday.  And check this post out for the extent of Stacy's coverage.

Doug Ross posts on the latest payoff to teacher's unions.  It's only $23 billion - what's the big deal?!  Heh.  We have "plenty of money" someone recently told me.

Heinz caves in to the salt police, as per Left Coast Rebel.  No matter to me - I never, ever buy Heinz if I can help it.  But, I'm thinking it might be time to start stockpiling salt like I do light bulbs.

Bride of Rove makes a nice correlation between Miami and Arizona and enlightens Glenn Beck on Johnny Appleseed.

Gateway Pundit removes all doubt that Woody Allen is a loon.

Pirate's Cove has a post on Obama's proposed delay in terror suspect hearings.

Professor Jacobson is keeping up with his law school classmates and I don't think he wants to adopt a cat (a reference I can't link to because he cunningly put it in his sidebar!).

Troglopundit notes that Katherine Hepburn gets her own stamp.

Thanks to No Sheeples Here for the reminder that today is Armed Forces Day.

Ruby Slippers concludes that since Elena Kagan's thesis and grades are online we should also get to see Obama's.  Silly girl!

Reganite Republican notes how difficult it is to delete a Facebook account and points out some security concerns as well.

Donald Douglas picks up on my post about the upcoming Machete film.  There's been a problem with the trailer being pulled from YouTube so you have to search around to for another version if the clip doesn't work.  But find one.  You need to see this.

Headline of the Day Award to Jimmie Bise at The Sundries Shack.  They Will Doink Doink No More Forever.

That'll about do me for now.  It's creeping on 11 a.m. and even though I'm shooting for a lazy Saturday I should probably shower and dress.  People sort of expect that.

(Photo credit by Rachel at The View From Here)
Posted by Pat Austin Becker at 10:59 AM

It's creeping on 11 a.m. and even though I'm shooting for a lazy Saturday I should probably shower and dress. People sort of expect that.

There are days when I never make it out of my robe - ever!

Thanks for the link, Pat, and for staying on the case of Doctor Death Panel.

Totally agree on the Heinz! Never buy the stuff anymore. Also, agree on stockpiling salt and light bulbs. I tried to use those funny little sqiggly light bulbs, but had to take them out in favor of LIGHT!