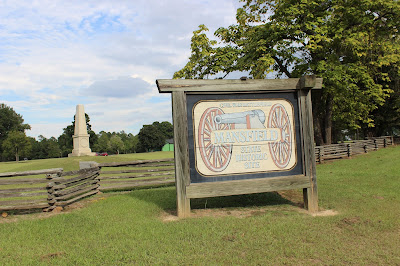 The hint of fall in the air Saturday lured people outside in great numbers this weekend.  While most people headed downtown to the Red River Revel, Steve and I went south, to the Mansfield State Historic Site, to hear a presentation by Dr. Cheryl White of LSUS who was speaking on ghosts and folklore around the Civil War battle site in Mansfield and the surrounding area.

Dr. White said the same thing Steve Smith said a few weeks ago when we did his walking tour of downtown: basically, if you talk about ghosts, people will come.  Smith told us that evening, "Do you think if I just said we're going to do a walking tour of downtown that people would come?"  Nope.  But if you throw in a few ghost stories, you get a crowd.

Dr. White had a standing room only crowd yesterday.

Her presentation was brief; about thirty minutes.  Dr. White recounted the basic history of the battle, and told of a few ghostly encounters people have had while walking the Mouton trail at the battle park.

The thing that she said that sticks with me that I found really interesting is that she said she had a conversation with a colleague about spirits one time.  This colleague is an astrophysicist who explained it this way.  She said you can't separate time from space. "Think of it as transparencies on an overhead projector," she said. You lay one transparency down over another, over another, over another...you can get glimpses of the one on the bottom, the one that was there first, but there are these other images on top of it.  Basically, we are occupying the same same space as those soldiers on that battlefield that April day in 1864.  Are they still here?

She explained it more eloquently, and it's interesting to think about in those terms.

After the presentation the audience had questions, which she addressed, and then Steve and I toured the museum and grounds.

It's been several years since I've been out there, something that I regret.  The place is a real treasure and I'm interesting in visiting more often.

Here is one of the most beautiful pieces in the museum: The Rose Mantle that stood in the White House through several early presidencies until renovations demanded a different color scheme.


The museum itself is arranged chronologically; when you enter, go clockwise through the room, following the information panels and display cases which take you through time.


The display cases are filled with relics both gruesome:


There are also displays in the center of the room; this one illustrating hospital conditions. 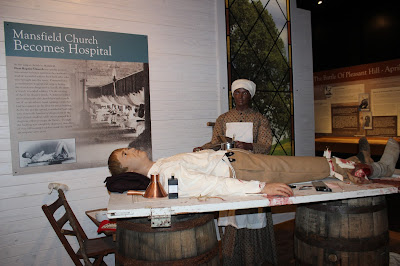 There are many text display boards with maps and photos to guide you: 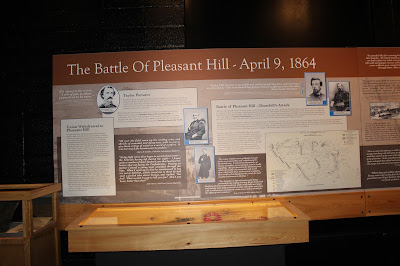 I am fascinated with the shelves of books and documents in the presentation room; how wonderful it would be if this museum also functioned as a library and research center (and it may - I didn't ask).  I envision this room filled with large library tables for scholars to research and learn on the very site of this most definitive battle. I can see students of history examining books, diaries, letters, maps, periodicals of the time...simply fascinating. 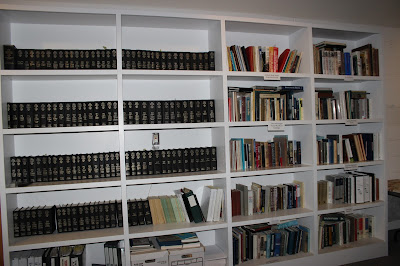 After Dr. White's presentation, Steve and I took advantage of the beautiful afternoon to walk the grounds.  They do a wonderful job here in community education and in presenting many ongoing programs.  Recently the site hosted a program on baseball during the Civil War era (sadly we missed it) and each April there is a reenactment of the battle which draws thousands of people.

As you enter the park, the monuments are on the right. There are four: the Polignac Monument, the Colonel Beard Monument, the Captain Field Monument, and a monument placed in honor of General Taylor's victory at Mansfield.


There is also a marker for the park itself placed by the Kate Beard Chapter 397 of the United Daughters of the Confederacy. 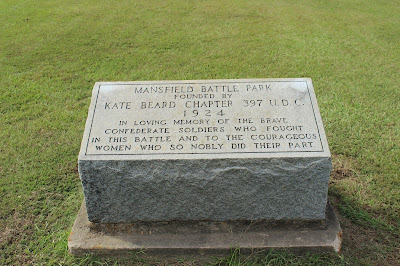 As you walk the trails behind the museum, there are text markers to guide you. 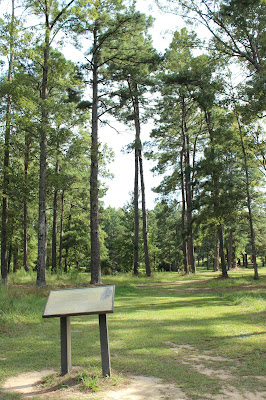 Be sure to pick up a paper copy of the text of these markers in the museum before you begin your walk; the sun has damaged some of them rendering them unreadable, so the paper copy is quite useful. 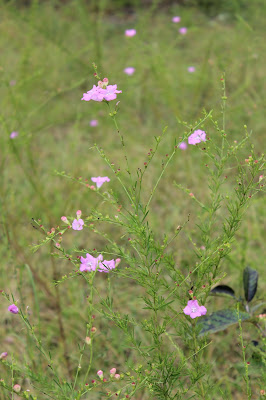 Is Dr. White right?  Are there voices whispering through these pine trees? 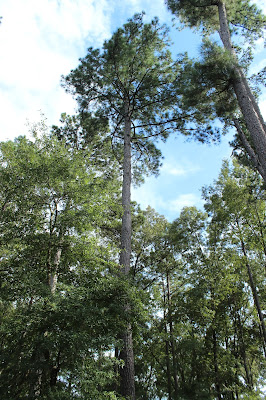 The rail fence fascinates me for some reason... 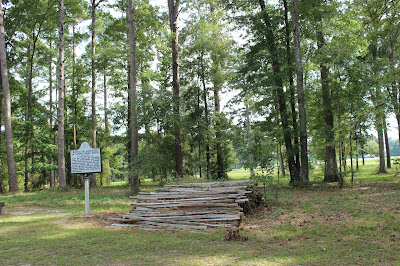 A closer look at that marker: 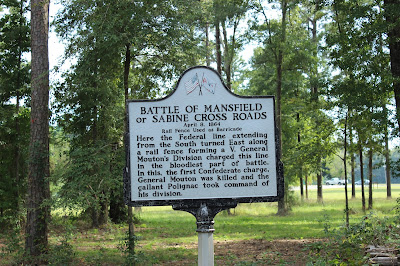 
It's hard to get a sense of that unless you're actually walking that hill, but if Dr. White is correct and there are still "voices" there, I can hear them at that moment.

Here are a couple of good maps of the battle.

Here is the Facebook page for the Mansfield State Historic Site.  Follow their page to keep up with upcoming programs.  On October 29 the site will host their 23rd Annual 'Ghosts of the Past' tour with a tour of the battlefield conducted by authentically costumed guides who will act out various scenes along the trail. This program begins at 7:30 p.m.

Fall is a wonderful time of year to visit the park; the trees and grounds are beautiful and the air crisp with the promise of fall.  Take a trip!