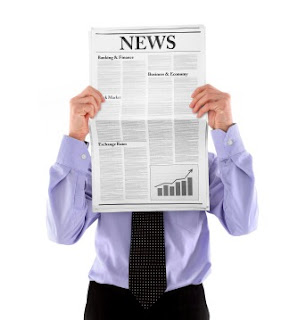 In a rush this morning, but here are a couple of things that caught my eye today:

First the Krauthammer article this morning regarding the White House war with Fox News. And have you noticed the shift on Fox this week, ever since Axelrod and Rahm came out last weekend saying Fox isn't a news channel? I've seen a new ad running that shows Fox reporters in war zones, hurricanes, natural disasters, protests, and at political conventions reporting hard hitting news stories. The language in the ad is all about Fox NEWS, with the emphasis on NEWS. When Shepard Smith would break for commercial last night and do his lead out, he'd say "...on Fox NEWS channel" or "....coming up on Fox, the place for NEWS." Shepard Smith is the master of manipulation of tone, and the intent was clear - "we're a news channel!"

The Fox war sort of ties in with what Peggy Noonan is writing about today as well. Her main point is that it's time for Obama to own this presidency and quit blaming Bush for everything. It's undignified and it's not presidential. In the same vein, this war with Fox is also not presidential. Trying to shut Fox out of the pool access to the pay czar yesterday - not presidential. Noonan attributes Obama's tanking poll numbers to his failure to own this presidency: "At some point, you own your presidency. At some point it's your rubble. At some point the American people tell you it's yours. The polls now, with the presidential approval numbers going down and the disapproval numbers going up: That's the American people telling him."

I think that's part of it, but most of it is a difference in policy; Americans aren't getting what they thought they voted for.

And speaking of presidential, I don't want to hear anybody criticize the way George W. Bush speaks EVER again when now what I have to listen to is this:

Democrats, he said to the Democratic audience, are "an opinionated bunch." They always have a lot of thoughts and views. Republicans, on the other hand—"the other side"—aren't really big on independent thinking. "They just kinda sometimes do what they're told. Democrats, ya'll thinkin' for yourselves."

As Noonan says, I hate it when he tries to get all folksy, and down home. It's embarrassing.

One other item to note today is the Palin endorsement of Doug Hoffman in the NY-23 race. That news broke all over the blogosphere last night and now makes the race a national news story; now everyone is paying attention to it. Did you see that Hoffman's campaign war chest doubled in just a week?! Spectacular! And many are calling for Scozzafava to pull out of the race after her brouhaha with the police and John McCormack of the Weekly Standard earlier in the week.

All this, and just think - the Friday News Dump is still to come.
Posted by Pat Austin Becker at 6:18 AM

Why does The Great One even acknowledge the Republicans? He has a majority in both Houses and can do anything he desires. The Republicans are not even in the game as the RNC still does not know their base and is making one bad decision after another. Obama can rule the world but all he wants to do is cry like a school girl about the opposite party.

Obama, quit worrying about the Republicans. Worry about the economy.