Is the Kevin Jennings Apology Enough? 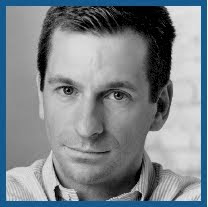 Kevin Jennings has apologized for failing to report pedophilia to the authorities when a high school sophomore revealed that he was having an affair with an older man that he met in a bus station. Jennings told the boy, "I hope you knew to use a condom!" Jennings says now that he should have reported the incident.

Jennings, to date, has not expressed regret over his previous drug use or retreated on his seeming advocacy of such behavior. In his memoir he wrote of the hazy days of his youth when says, "I got stoned more often and went out to the beach at Bellows, overlooking Honolulu Harbor and the lights of the city, to drink with my buddies on Friday and Saturday nights, spending hours watching the planes take off and land at the airport, which is actually quite fascinating when you are drunk and stoned."

This statement wouldn't encourage some misguided youth to go do this himself? It's "quite fascinating!"

For their part, Team Obama stands behind Jennings. Vetting be damned. We don't care about his past!

Erick Erickson suggests that "At some point we must stop saying that there was a failure to vet these people and conclude that Barack Obama has no more of a problem with men like Kevin Jennings who encourage statutory rape than men like Bill Ayers who encourages cop killing."

I'd agree that there's a real pattern here. Add Van Jones to the mix, drag Jeremiah Wright back out and every other radical that Obama has had dealings with and the pattern is clear; Erickson is correct. Obama has no problem with radicals and extremists. This isn't a vetting problem, it's an attitude problem.
Posted by Pat Austin Becker at 6:19 AM

Not only have we elected a President who is a Marxist, but, it would appear, he is also a man who lacks any sense of decency or morality. What else can you conclude?

How embarrassed are we of our President and his posse? From days gone: "I like Ike"

Quoted from and linked to at:
WHO IS JOHN GALL?