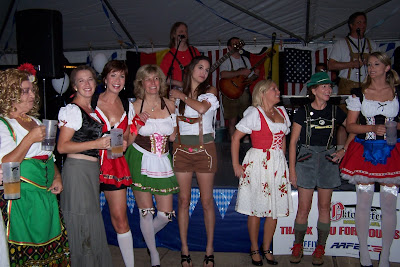 Well, we did Octoberfest last night, and it was as much fun as last year! There were more people this year, too. And like last year, we were there before it started and stayed until the very last song! And like last year, they ran out of Sam Adams Octoberfest and we had to settle for inferior beer by the end of the night, but we were having so much fun it really didn't matter. 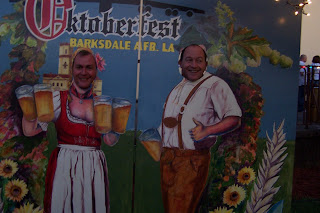 One of the neat things about this event is the cool people you meet there; it attracts young and old alike and I had a big time watching this elderly couple get out on the dance floor to just about every single dance! We saw some of the same folks we saw last year and a lot of new ones. Organizers increased the number of taps from five to fifteen this year and that helped A WHOLE LOT!

I think more people were dressed up this year; the costume contest was a big success. They also had a keg rolling contest, a yodeling contest, a yard drinking contest, and a shoe-dance contest. After the band packed up, the same DJ from last year kept us going for a couple of hours and in the end I'd say it was another suc 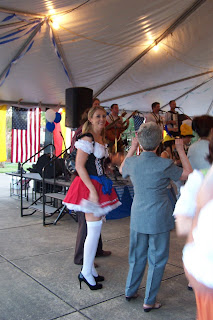 cessful Octoberfest! Ready for next year!!

Now on to the links:

I'm starting off with Pundette who has the last-word-round-up of the Obama Olympic Fail. Ruby Slippers has some comments on it as well. Jimmie is more optimistic than I am that Obama may learn something from this defeat. Narcissists NEVER learn, Jimmie! Left Coast Rebel is also weighing in as is American Power. And of course, Memeorandum has the full round-up.

Stacy McCain is back from Kentucky and is working on a very long story for us.

Snaggletoothie is back from dead-computer-land and has some interesting ACORN stuff.

Carol is concerned about Dems chipping away at the Patriot Act.

Thought Cap and Trade was gone? No, no, no. Little Miss Attila has a sobering article on that front. I thought Steve was kidding when he said they'd do this, but sure enough, the libs are blaming Bush for Obama's Olympic fail. Gateway Pundit has it. So does Professor Jacobson. But Troglopundit knows the REAL reason we lost the Olympics!

Cassandra at Villainous Company proves that a picture really is worth a thousand words.

Critical Narrative has a very telling unemployment graphic. Yes siree, that stimulus is doing a fine job. Monique Stuart has the commentary.

A musical interlude from Sippican Cottage.

Bride of Rove is eloquent as always.

Oh dear. Almost half of Americans will pay no income tax this year. No wonder we're so screwed. 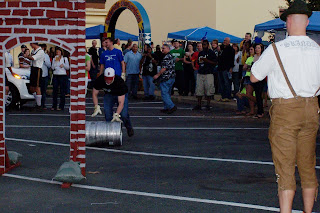 ACORN and Roman Polanski? Only Cynthia!

Ok, that's it for now. I've got the DirectTV guy here finally. After one no-show appointment, and six days later, (two weeks from original appointment), he's here to switch out a dead HD-DVR. Except he's been here 2 hours now and none of my TVs work now. Everything was fine before he starting working except for one dead box. Now he's digging around in his truck and looking confused. He's about to climb a ladder. 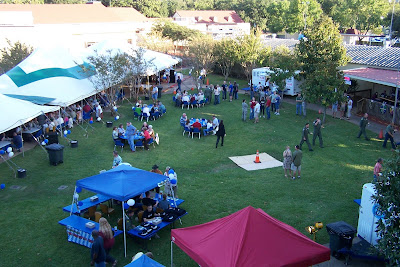 Posted by Pat Austin Becker at 7:59 AM

:-) Why do you always pick my half-baked rants to highlight?

That's your idea of a half-baked rant? It sure seemed whole-baked to me.

It looks as though you had a great time at the Oktoberfest. Thanks for the link too!

My wife and I are going tonight as well.....thanks for the nod in FMJS!