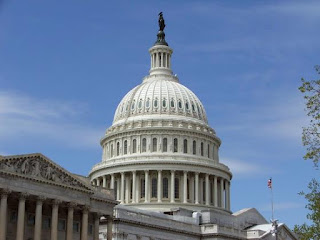 Via Memeorandum, this report which indicates that insurance companies are finally speaking out on Obamacare and what it will really do to your pocketbook.

Insurance companies are now warning that the proposed legislation will force insurance premiums to skyrocket. Well, duh! Isn't that what we've been saying all along? When Obama says "You can keep your insurance!" that means only if you have enough money to pay for it and if they are still in business once Obamacare gets through with them.

From the New York Times:

A lobby for the industry, America’s Health Insurance Plans, focused its criticism on a bill likely to be approved Tuesday by the Senate Finance Committee.

“The overall impact will be to increase the cost of private insurance coverage for individuals, families and businesses above what these costs would be in the absence of reform,” said Karen M. Ignagni, president of the trade association.

And don't you love this part, the part where Washington bureaucrats respond by saying "you don't know what you're talking about!":

Democratic aides on the Finance Committee disputed the conclusion. They said the bill would provide tax credits to millions of people to help them afford coverage. Moreover, they said, people could keep the coverage they now have if they wanted. In addition, they said, some provisions of the bill would reduce the administrative costs of insurance.

That's quite an increase. I don't think there will be any tax incentive large enough to offset that one. And, as I was saying yesterday, consider once we're paying these huge premiums, we're also going to be paying higher energy costs because of Cap 'n Tax, and increased inflation is likely because of our huge national debt and coming inflation. Not to mention the possible Value Added Tax that Nancy Pelosi wants to spring on you.

The Dems response to this insurance outrage is that the report is false and disingenuous. They say that the insurance companies have been gouging you already for too long and they just want to continue.

In response, the insurance lobby that prepared the report points out that if they are forced to cover everyone despite preexisting conditions, and can't set rates based on those conditions, that everyone will have to pay more to compensate for that. That's just common sense and something most of us had already seen as a huge pitfall. Add that to the fact that insurance companies are going to be taxed at higher rates, how long could they be expected to stay in business?

Yeah - tax cuts to help cover the cost. That would be cuts AFTER the taxes are raised, so compared to what folks are paying now it will still be a net growth.

It may be a growth at first but I bet you would notice the huge difference in about 10 years. It's more economical in the long run. It's just like when you buy a dishwasher. It cost a lot but in "some" years it'll pay it self off because washing dishes by hand consumes more water. You should read my article on insurance investment. Maybe you'll find it interesting. Thanks for a great read.

This new information was based on a study performed by Price Waterhouse, who was hired by the insurance lobbyist. This study looked at the cost, without any attention being payed to the cost savings within the bill. The overall result was so inaccurate, that the accountants who participated in the study distanced themselves, and explained just that. To look at this for what it really is, is to know that the insurance companies are basically saying, pass this bill and we raise your premiums!