On a More Optimistic Note... 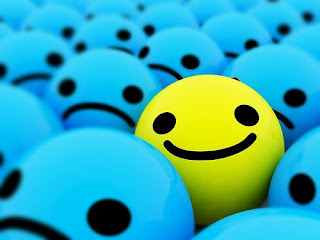 I didn't hear the whole show; I was driving and caught a few minutes on the radio, but it was encouraging. Berry was making the case that this is a great time in America - the greatest time, in fact. We are more politically active and aware right now than we've been in years!

He hooked me from the beginning of the spot because he was describing exactly what I've done over the past year. Berry asked, and I'm paraphrasing, "How many of you have pushed away from the television, quit watching commercial network sitcoms, and started watching conservative news programs?" I've been watching conservative news programs for years, but in the past year find that I watch less and less television because I'm reading, researching, or writing.

He went on to point out that more an more people are becoming engaged and active in the legislative process. "How many of you went online in the past year and read a piece of congressional legislation? How many of you have ever done that before?"

Over the past year, people have read bills, written and called congressmen, attended Tea Parties or town halls, have gone online to express their feelings in blogs or emails to friends, have registered to vote or even voted for the first time. People have taken to the internet and to the streets to be heard.

Berry is right. People are more involved now than they've been in years.

So what does that mean? Does that mean that 2010 will bring good things to Washington? That people are fed up? People are tired of the status quo in Washington? Obama promised "change" but I don't think he's the change most of us wanted.

So, I'll take a leaf of optimism from Michael Berry and be grateful that so many people are now paying attention to what is happening around us and in Washington. Maybe good things are coming; maybe all the negative now is for a reason.

Go back to the adage - You have to go through a Carter to get a Reagan. Where are you, son?!
Posted by Pat Austin Becker at 9:23 AM

Even being the Cynical Old SOB that I am, I must concede that you may have a point. Thanks, Pat.

Quoted from and linked to at:
HOPE IN A HOPELESS WORLD?

I think most people prefer divided government because they figure nothing much will be accomplished. By the time those Obama fooled into thinking he was a centrist woke up, it was already too late having given him perhaps unintentionally a blank check in Congress.

They are going to have to pay attention until at least 2010 and by then it will be a habit, which is far better than the sleep walking people did to the polls last November. This period was definitely necessary. Brighter days are coming.