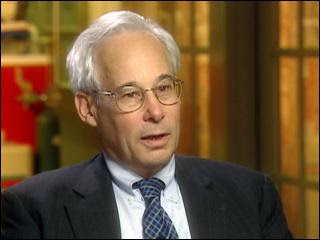 Dr. Death Panel gets a recess appointment - who is surprised?

The most transparent administration ever has decided to circumvent Senate confirmation hearings on Dr. Donald Berwick, Medicare Czar, and "deem" him confirmed, at least through next year.

Yes, it's true that presidents on both sides of the aisle have used recess appointments and by definition they are controversial.  However this country has never been faced with such a massive power grab as Obamacare and now the American people aren't going to hear Dr. Berwick answer questions about he'll administer his part of it.

Team Obama is concerned that confirmation hearings would reopen the health care debate right before the fall elections, as if we've forgotten, so we'll just skip that part until after the elections.  I have not forgotten.  I'll  be lots of Americans haven't forgotten.  In fact, according to Rasmussen, 60% of Americans polled favor repeal of Obamacare.

You will remember that Berwick said,


"The more I have studied it, the more I believe that less discretion for doctors would improve patient safety." He then looks down. "Doctors will hate me for saying that."

"any health care funding plan that is just, equitable, civilized and humane must, must redistribute wealth from the richer among us to the poorer and the less fortunate.  Excellent health care is by definition redistributional."

He's a known advocate for rationing and gets starry eyed when talking about the British NHS, a system fraught with rationing, overcrowding, inferior care, and horror stories.

Berwick speaks out against private enterprise.  In fact, he criticizes "the darkness of private enterprise instead of accepting that a politically accountable system must act in the harsh and admittedly sometimes very unfair daylight of the press, public debate and political campaigning."

I guess that "politically accountable system" that "must act in the harsh and admittedly sometimes very unfair daylight of the press" and "public debate" doesn't apply to his appointment or to the Obama administration.
Posted by Pat Austin Becker at 9:19 PM

Time to shout it from the rooftops.

Quoted from and Linked to at:
It's Recess For Dr. Death Panel